Inside the Association of the Angels, Elizabeth Rush 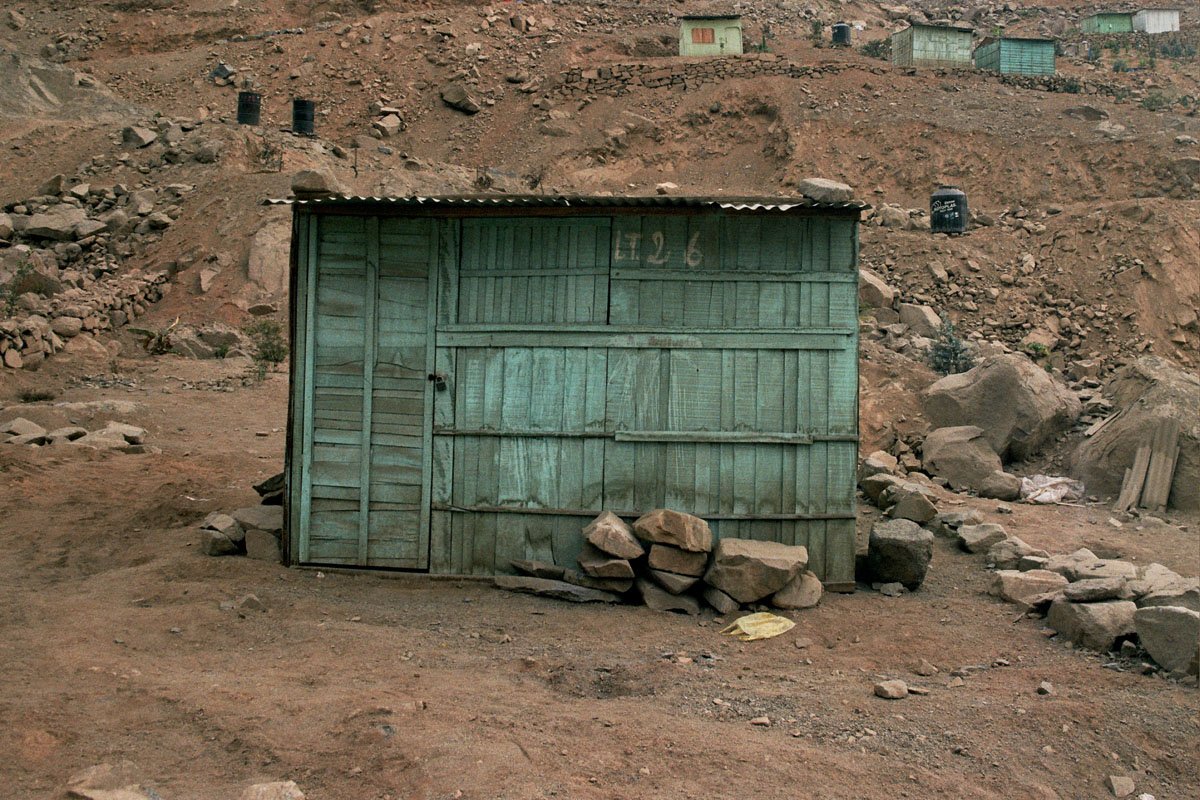 The Association of the Angels, a squatter city outside Lima, Peru, caught the attention of photographer Elizabeth Rush with its distinct history and aesthetic. The slum grew as the city of Lima overflowed. Between 1940 and 1993, the city’s population increased 1000% as counter-insurgent war and agribusiness made the country unsafe and unaffordable for campesinos. Many commoners who migrated to Lima found that they could not afford property in the city either, and so they formed camps on unused land at the periphery.

Their dwellings alternately blend and contrast with the landscape, mixing natural and artificial materials. They are made of wood, stone, sheet metal, tarps, mesh, and woven panels. They are weathered, with tarps ripped and whole structures slanted by the wind. Some of the roofs are raised above the walls for wind circulation. Some have windows cut into the front panel. Many are symbolically set off from the public grounds with doors, fences, and lines of white paint. Some of the fences connect multiple buildings, marking them as one “property.” Although the dwellings are not owned in the traditional sense, the people who live in them express a sense of belonging, however transient, by flying Peruvian flags and painting names on the doors and walls.

Although the squatter cities have quite a history, they are transient. Frequently, Rush says, families who have established a homefront in a place such as the Association of the Angels leave, hoping to sell their squatter “property” and move into the city limits. Because of this trend, Rush proposes, the slums tend to thin out. Interestingly, Rush’s series does not show a single person living in the squatter city. Her photographs depict signs of life, such as clothes hanging on a clothesline, potted flowers, and recently walked paths in the dust. But, reinforcing Rush’s claim that “Many places like the Association of the Angels become half abandoned,” her representation is empty as a ghost town. 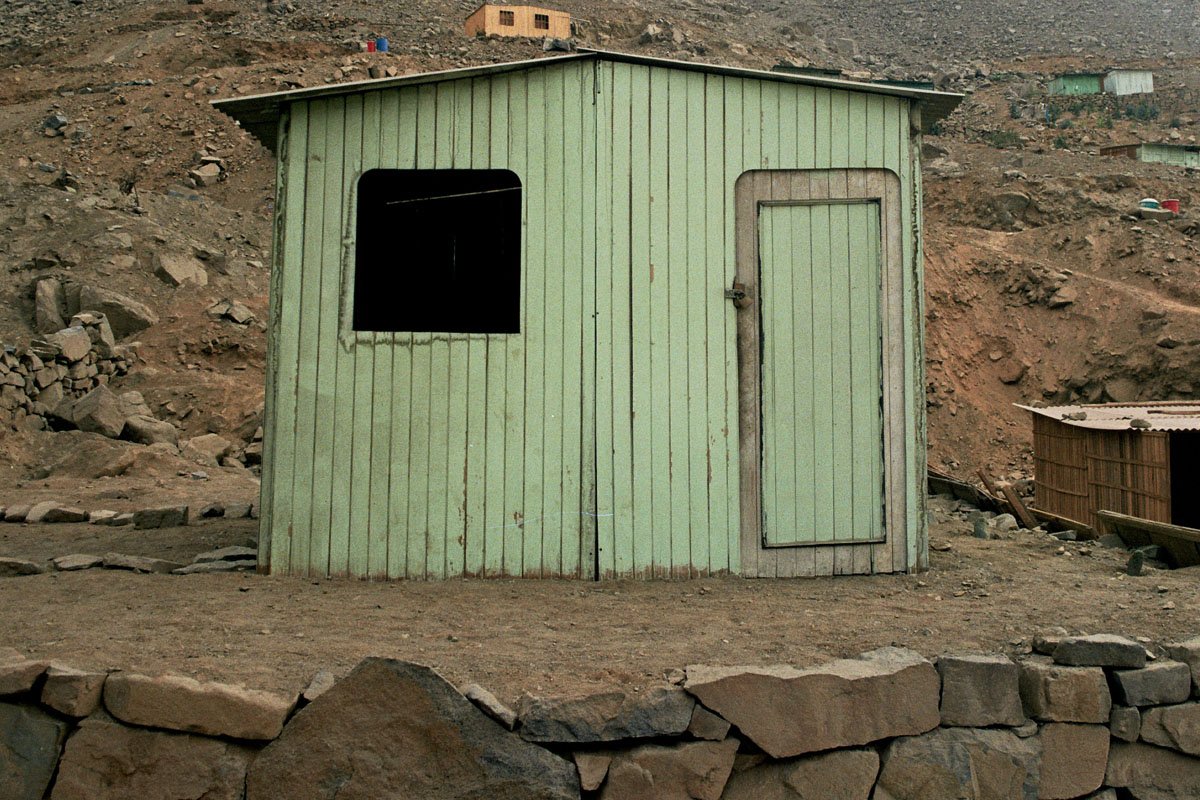 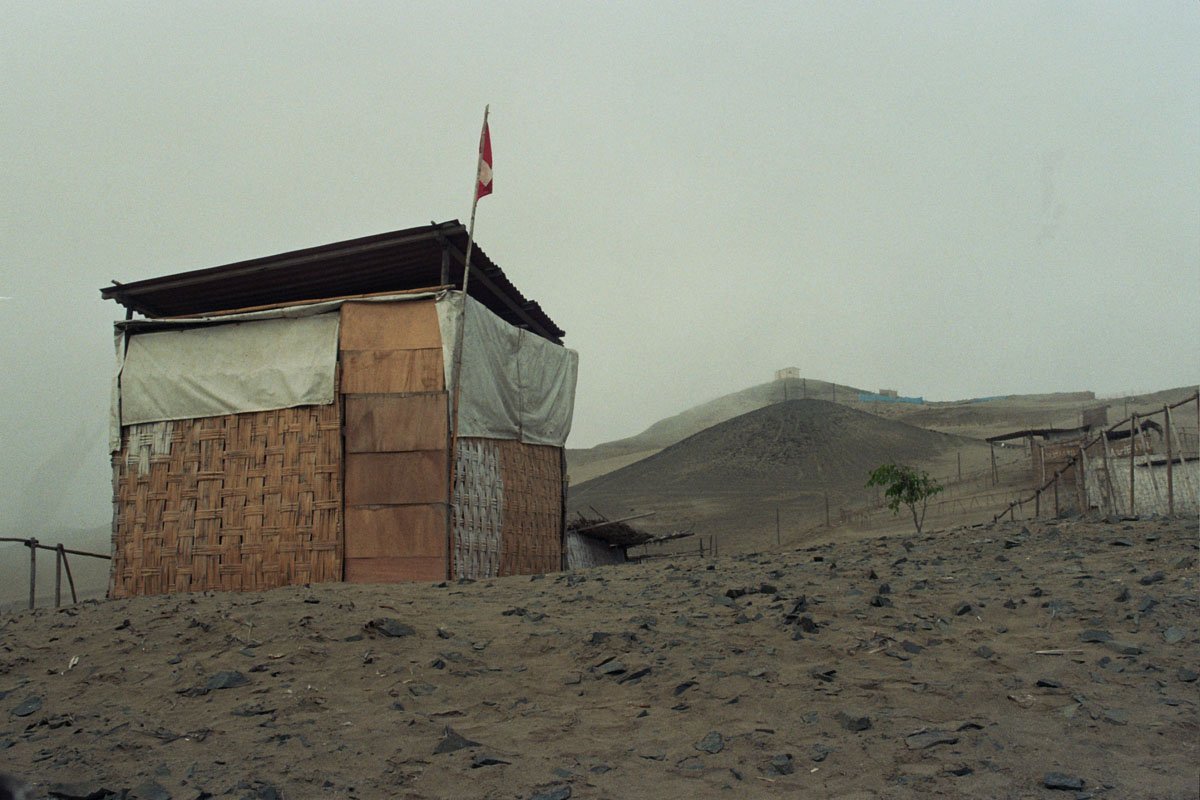 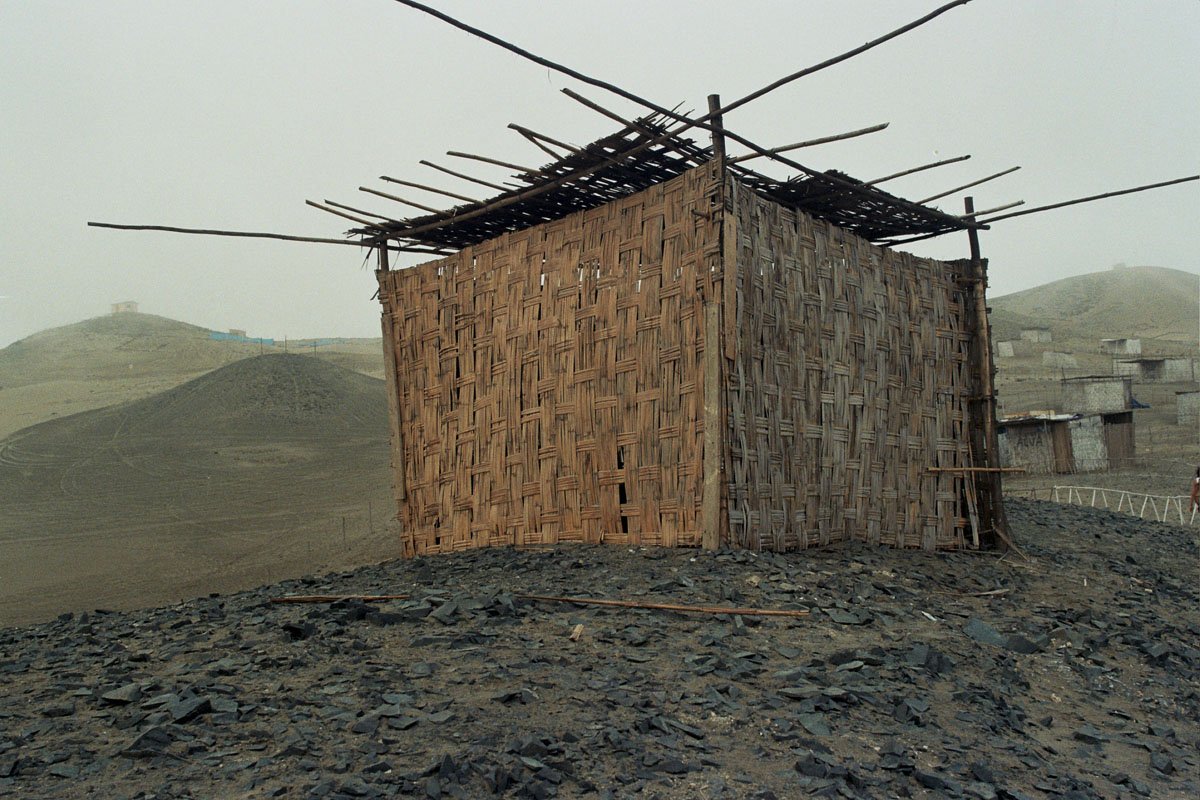 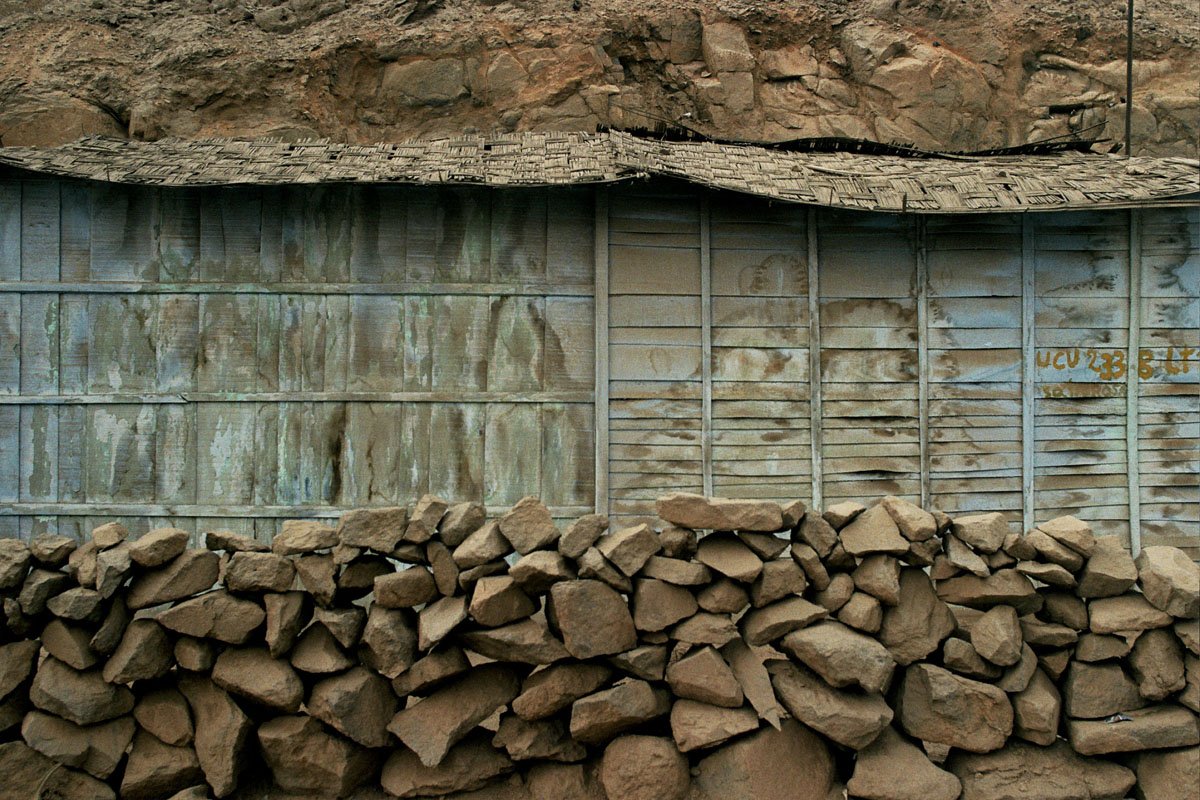 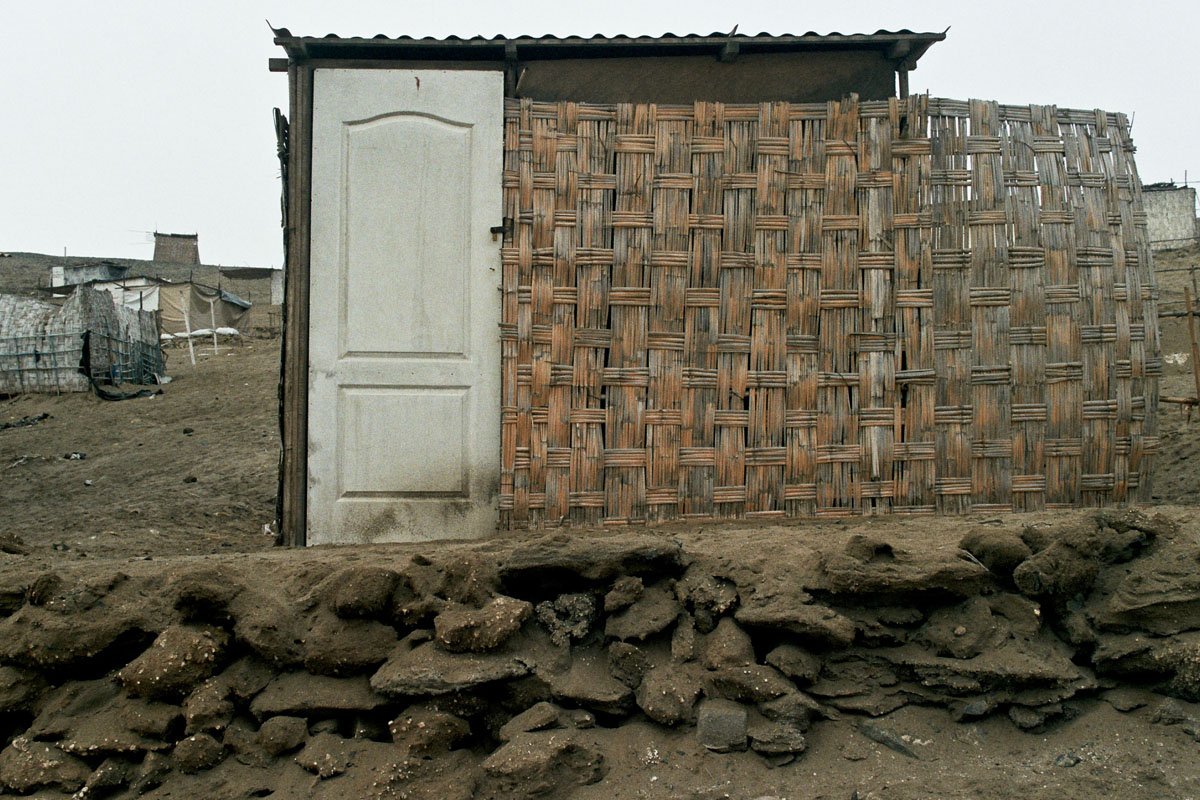 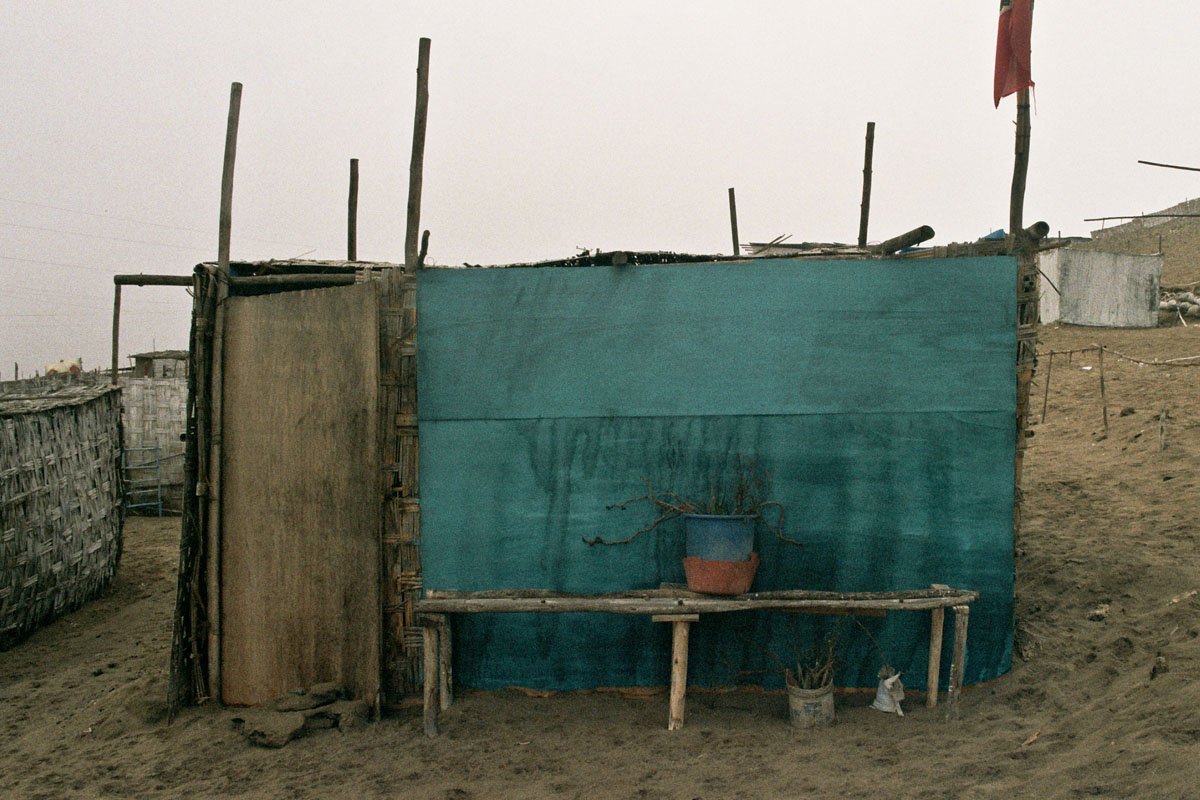