Located in Finnskogen, two hours away from Oslo, this retreat draws inspiration from many sources for its creative concept. The Finnskogen area takes its name from the Finnish settlers who came here in the 15th century. Apart from customs and traditions, the settlers also brought their own mythology. More specifically, their own version of the Greek god Pan, named Tapio, the god of forests and meadows in the Finnish lore. The Pan Treetop Cabins reference the area’s past with an ingenious design that celebrates the local context while offering a cutting-edge twist on the treetop house concept. 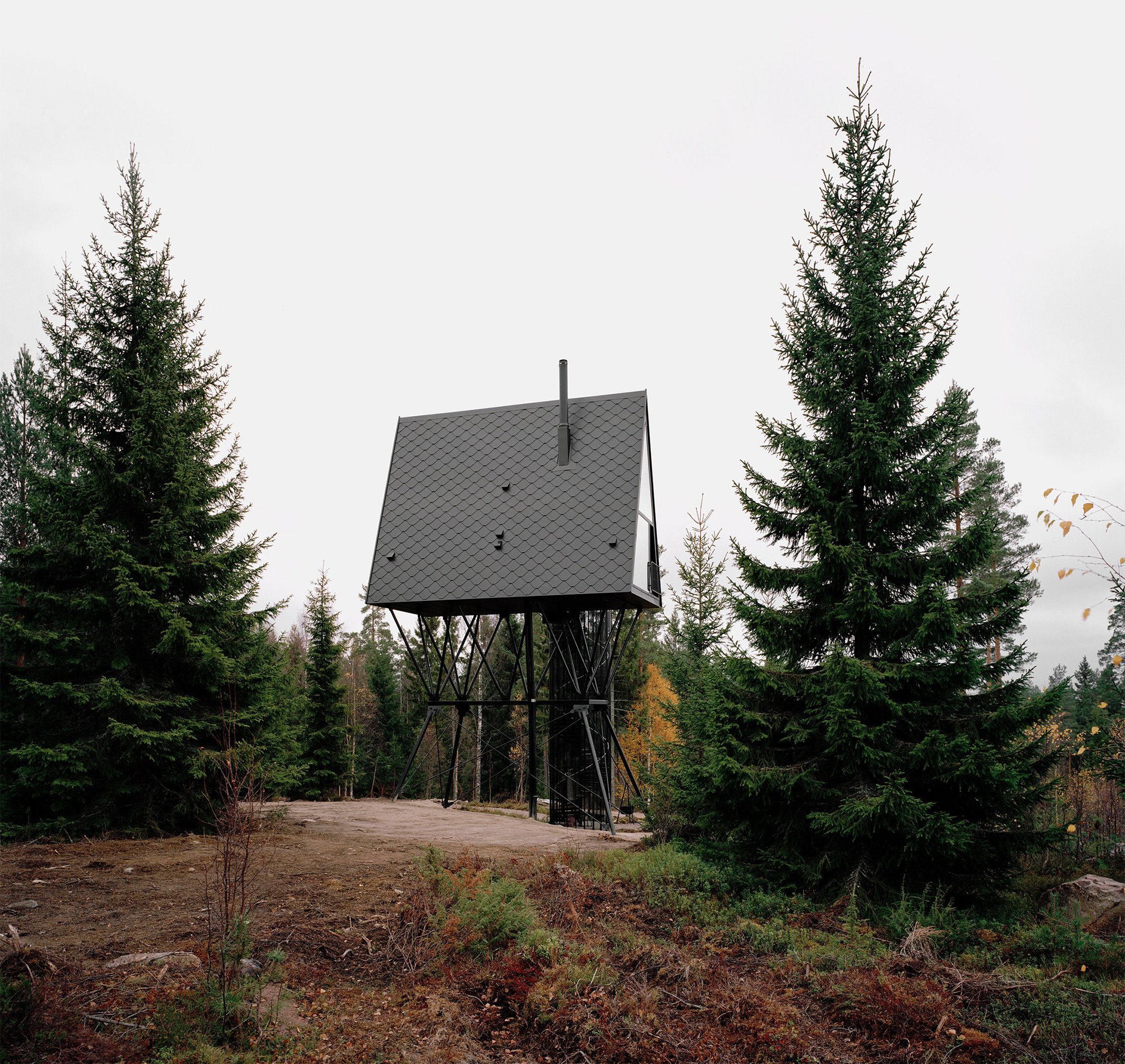 Designed by architect Espen Surnevik with structural calculations completed by Finn-Erik Nilsen, the cabins reference the surrounding forest, American A-framed lodges, and power line constructions as well as the dwellings of Moomin characters. Built on the land of owners Kristian Rostad and Christine Mowinckel, the retreat settles into the landscape with minimal impact on nature. The two cabins maximize the views and natural light with their specific placement, glazed facades, and large windows. Four pillars support the two volumes and raise them to the treetop level.

To enter the cabins, guests climb a spiral staircase encased in a cylinder of metal wire. Once inside, they find a bright and welcoming space. Each cabin has a fireplace, kitchen, bedroom, bathroom, and patio. Sustainable wood and black metal surfaces keep the interior minimalist and clean. Here, nature becomes the main attraction. Tourists can relax in a stunning setting while admiring the lake and mountain views. If they’re lucky, they can even get a glimpse of the local wildlife, including bears, wolves, or elk, among others. Photographs© Pan Treetop Cabins. 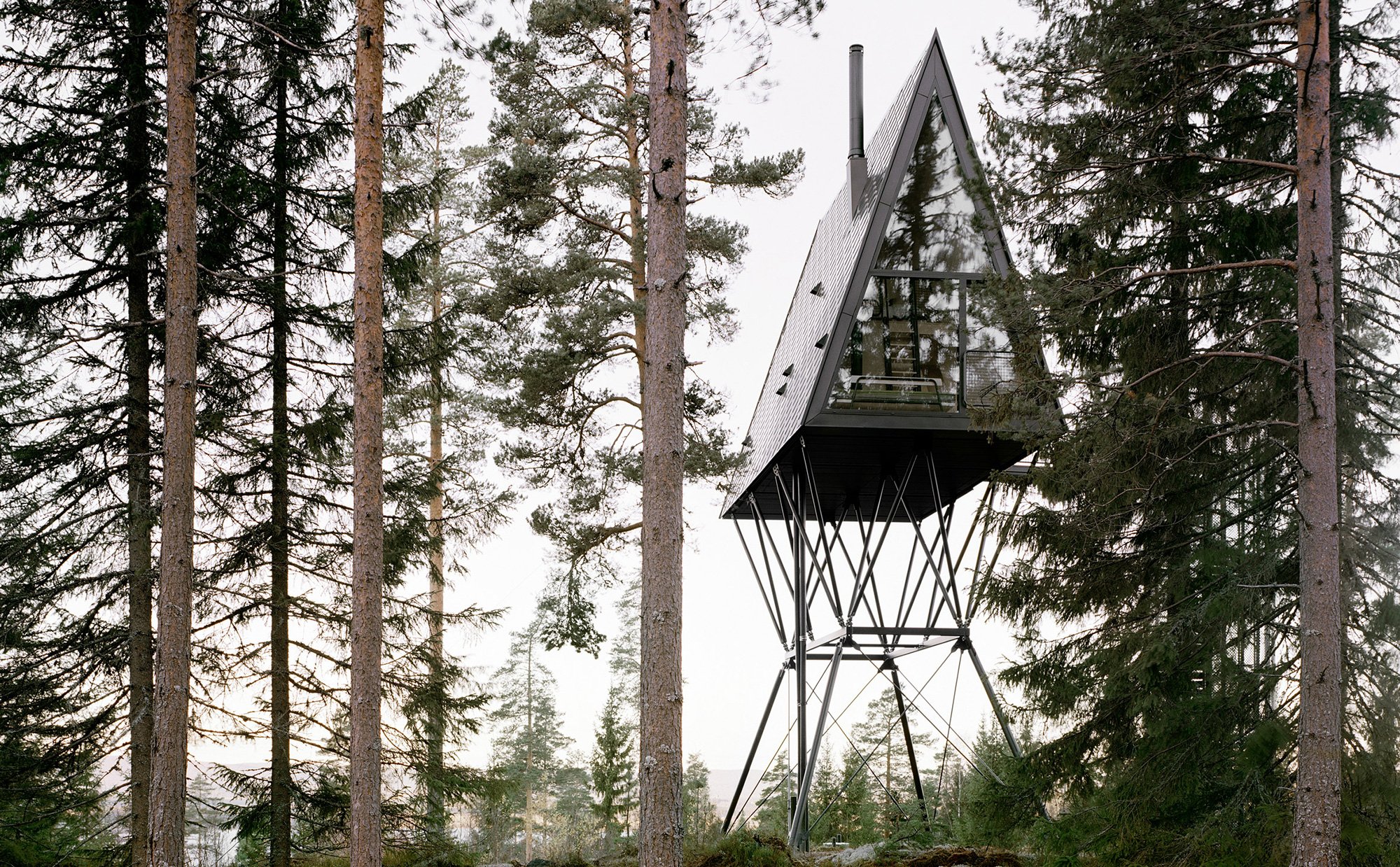 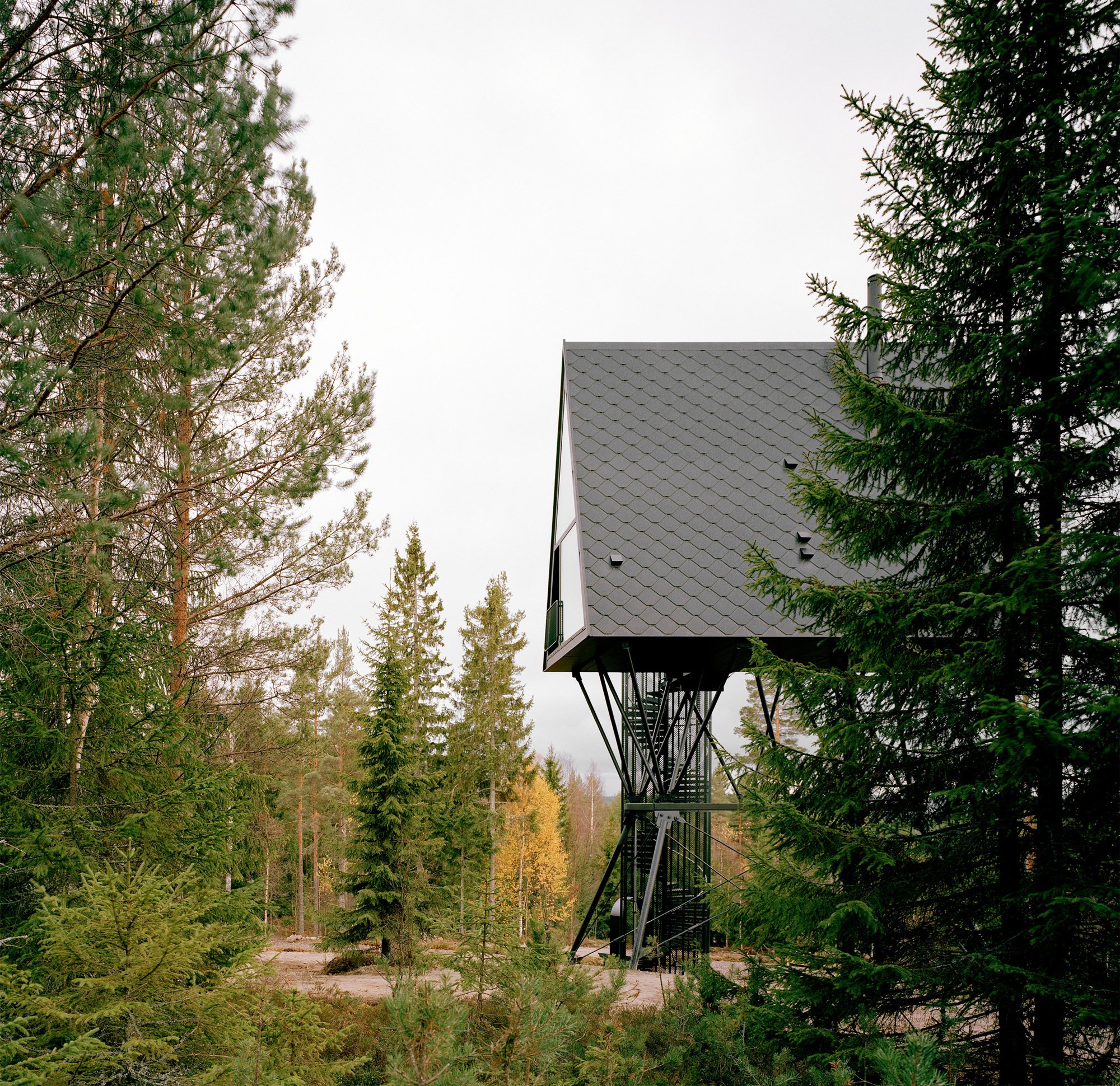 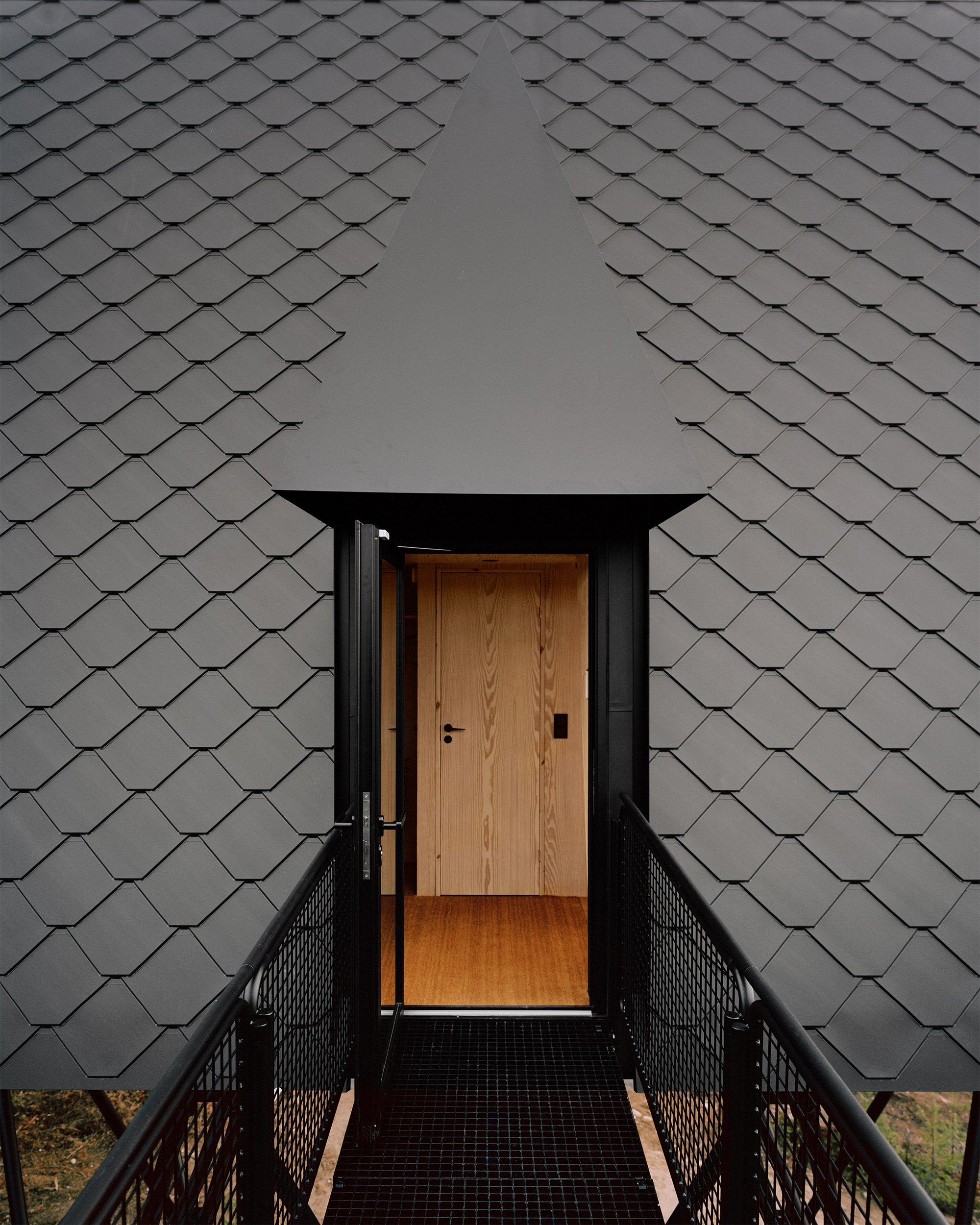 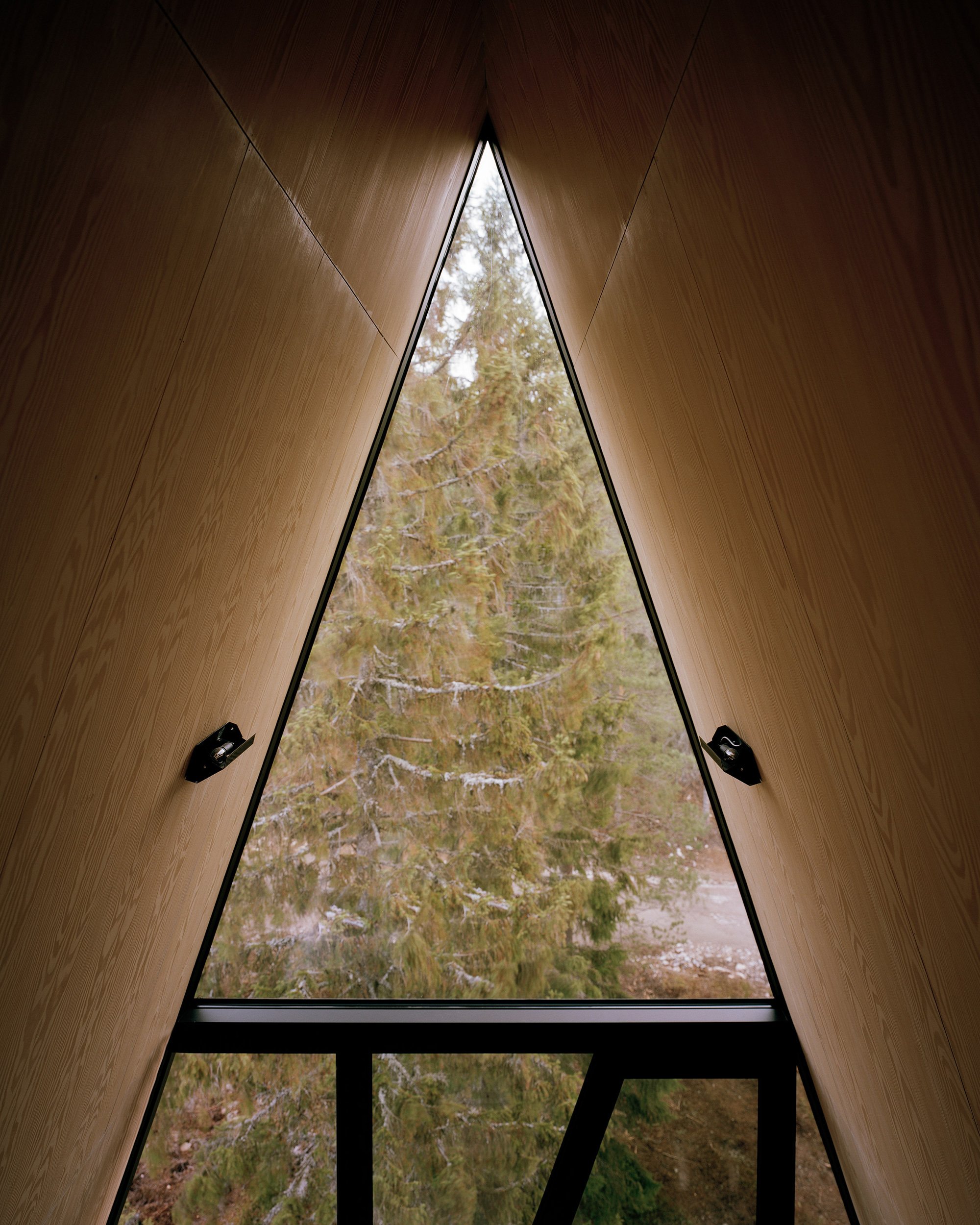 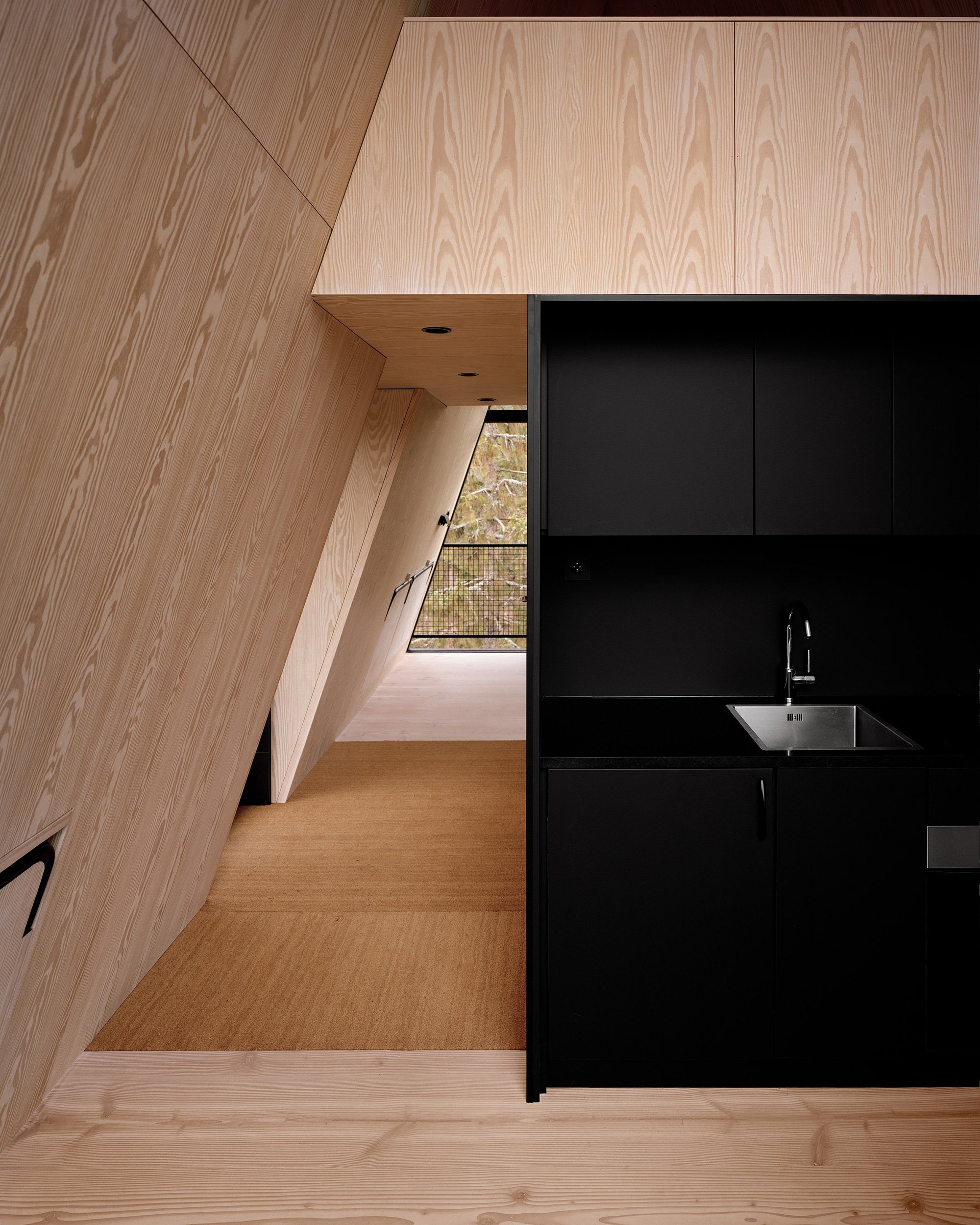 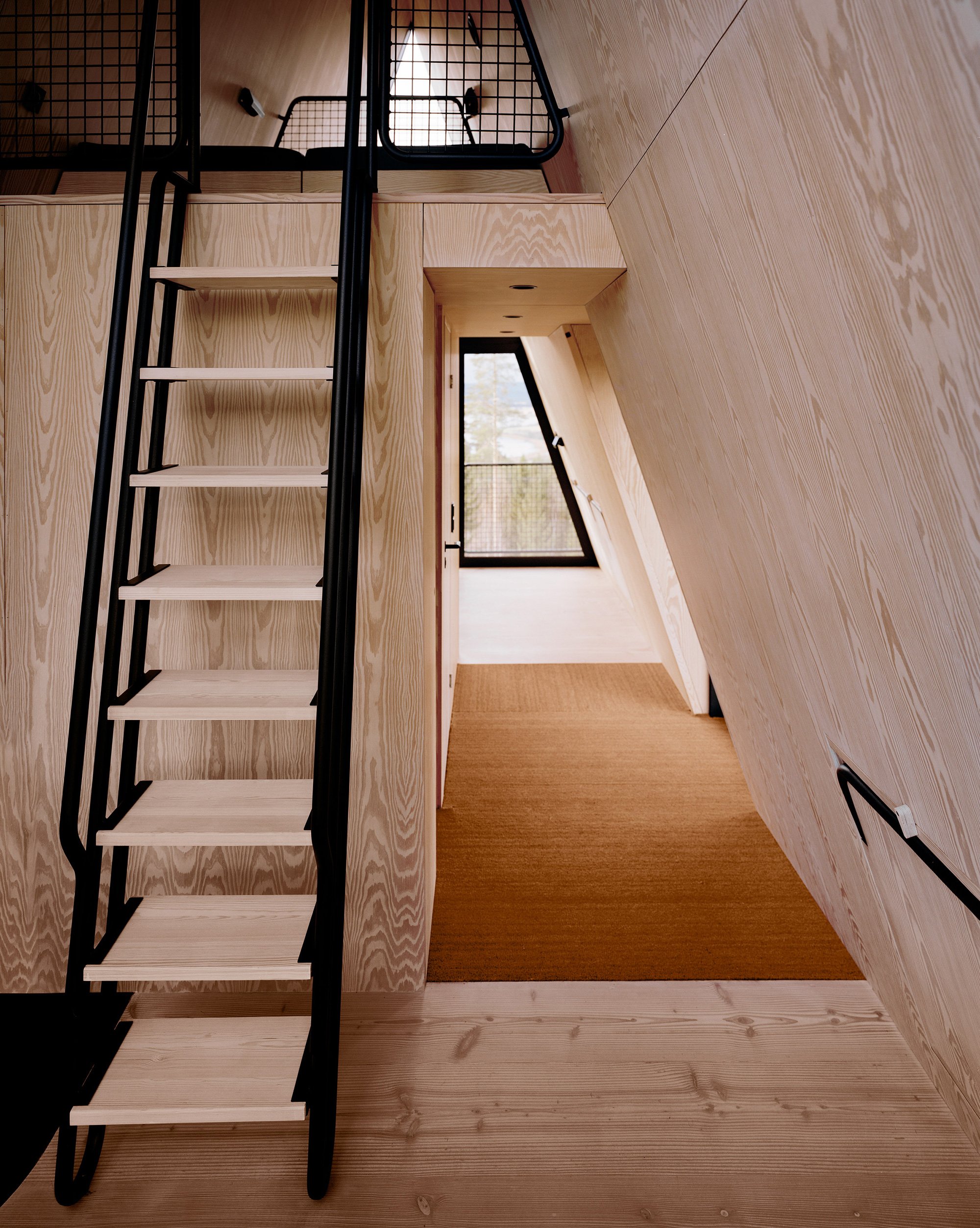