Behind the Design: Søren Rose

Danish designer Søren Rose Kjær—known as Søren Rose—is a percipient entrepreneur, furniture and interior designer. Often pictured sporting a trademark fedora, Rose has worn various hats over the years: he founded Trunk Archive in 2006 (a licensing agency representing the most engaging and sought-after image makers) and was creative director at In2media A/S (one of Denmark’s leading media agencies). Born in Svendborg in 1972 (a town in south-central Denmark), Rose set up Søren Rose Studio in late 2008 (in Copenhagen) and now resides in New York City. When looking for a smart desk that would accommodate the rather clean-cut MacBook, Rose could find no viable solution. And so, he designed his own: the bold and punctilious Milk desk. That was back in 2006 and ‘Milk’ would become the impetus for establishing Søren Rose Studio. The Milk desk remains in production, manufactured in several variations (Classic, Grande, 4Milk and Mini) by the Danish family-owned Holmris Group. Today, Søren Rose Studio is a multidisciplinary design venture, dividing its attention between interior and product design. Rose adopts a democratic approach to design: the studio maintains a flat structure, meaning everyone has equal input when it comes to ideas. It’s just one of his percipient, clear-sighted virtues. Søren Rose is passionate about good craftsmanship. His studio deftly merges a Nordic clarity of expression with materials and values that attach great importance to innovation, authenticity and longevity in product and interior design. Rose doesn’t suffer fools gladly: he knows what he’s about and what he wants. It’s an attitude that ensures he gets the job done and does it well, while maintaining respect for others and their vision.

Gessato gets behind the design with Søren Rose.

Describe yourself in one succinct sentence.

I’m a serial entrepreneur and, after 38 years, discovered I wanted to be a furniture designer—at least for now.

How do you measure good design?

When it comes to furniture and products I operate with an upgrade philosophy—if I change pieces in my home or design objects for brands, it needs to add something new. It might be the aesthetics or functionality—both of which I value equally—but there’s gotta be something new.

What makes a good designer?

Designers have been around for centuries. We see things [in the mind’s eye] that don’t yet exist and we have a calling to invent and shape these ideas. When I started my studio almost ten years ago, I thought that it must have been easier to be Achille Castiglioni [the celebrated Italian designer] back in the day, since there were many things that hadn’t yet been done. Nevertheless, amazing designers continue to create mind-blowing designs everyday around the world.

Your studio runs a flat organisation where everyone—regardless of position—has an equal input. How has this practice benefitted your work?

The principal designer, creative director or whatever your title is, has to lead the way: you motivate and guide your team, and together you can make something extraordinary. The overall look and feel of a Søren Rose Studio project is my responsibility, but it doesn’t matter who comes up with the gem [of an idea] in the brainstorm.

As well as products, you design interiors. What elements/components make for a good interior?

The good thing about the studio’s interior design work is I get to work with clients that I have chemistry with. In order to engage in an interior project, if I’m to help design a person’s home, I need to have a great connection with them: the solution is not found in me telling a person what to buy and how to live. It’s about the dynamic with the client and understanding the drama, that helps us to design really cool stuff. A much better parameter for success is designing to someone’s need, rather than simply designing another product.

How does a city like New York influence the way in which you design?

New York is very different to Copenhagen (where I’m from). In Denmark, designers work for brands, so it is the brands who call the shots, make all of the money and decide who should be on the roster. In New York, this is turned upside down—we really don’t have a lot of brands and it’s mainly designer-driven. So [the list of New York-based studios is extensive and examples include]: Lindsey Adelman, Apparatus, L&G (Ladies & Gentlemen) Studio, Helen Levi, Allied Maker, Bower, BDDW, Matter and Roll & Hill. It’s very inspiring.

You come from a country with an incredible design legacy—Denmark has given us many celebrated designers, including Arne Jacobsen, Poul Kjærholm and Hans J. Wegner. Do you feel the continued commercial success of classic designs overshadows emerging design talent?

The emerging designer revolution in Denmark has certainly been a wake-up call for the old brands, like Fritz Hansen, Erik Jørgensen and Louis Poulsen among others. New Nordic brands, such as Hay, Muuto, Bolia and Ferm Living, have proved very successful in a relatively short time. And on top of the Danish design pyramid is the amazing Kvadrat, a brand which continues to amaze me in terms of craftsmanship and innovation.

I love the Scandinavian interior you designed for the classic AirStream American mobile home—the Rose AirStream. What was the impetus for this and how does it feel on the open road?

The project was sparked as a way of doing something without having a client on the other side of the table. We needed a project that would combine our Scandinavian design heritage with something truly American: the AirStream provided a perfect canvas. We created a Scandinavian interpretation of the American mobile home, with help from Dinesen, VOLA, Kvadrat, KBH Snedkeri, Bang & Olufsen, and many other Scandinavian brands. And it feels so great to be on the road in the Rose AirStream. 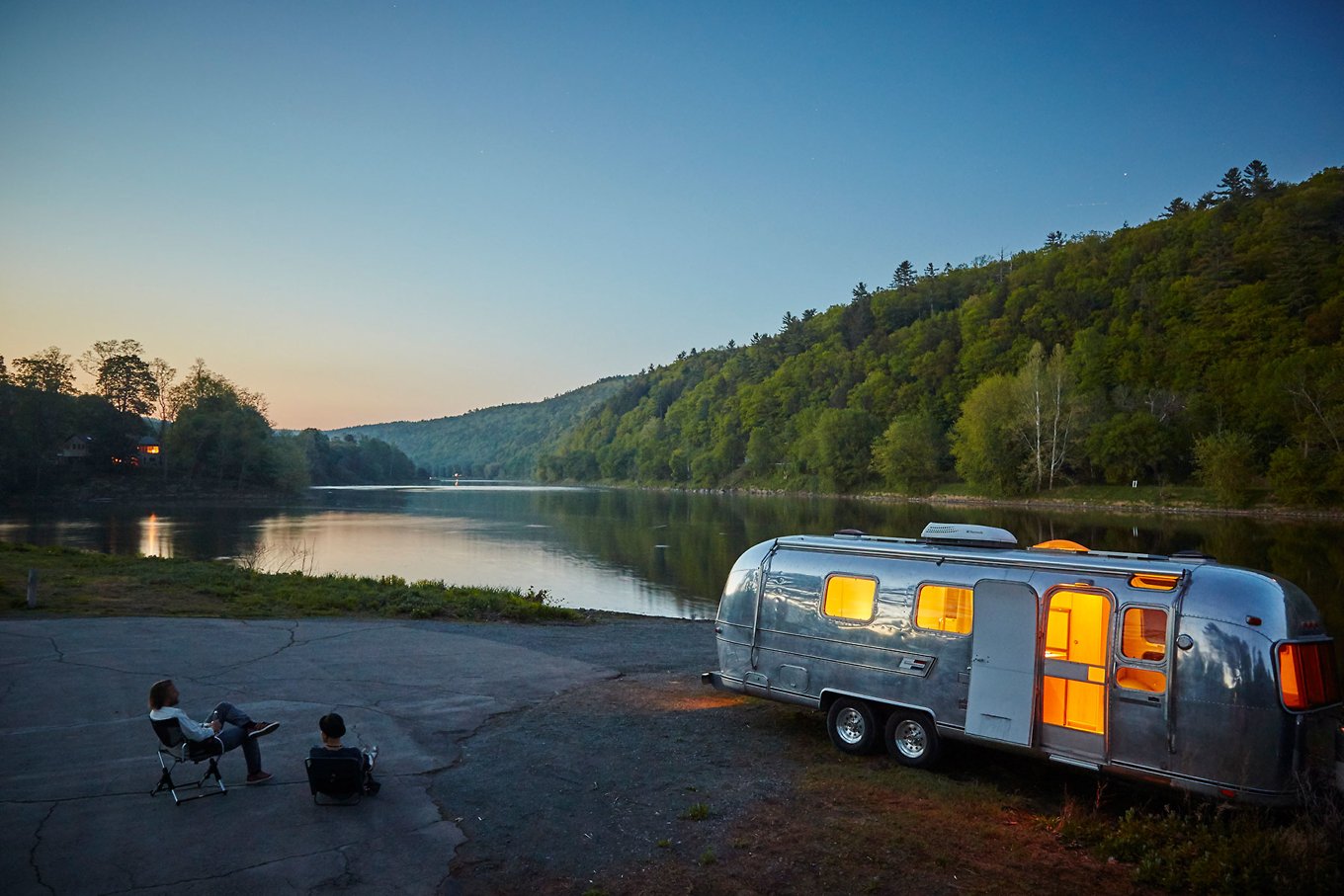 What is your biggest design pet peeve?

I really dislike poorly made products. Taste you can argue—quality you can’t!

Who, in today’s architecture, design or interiors arenas, are you watching; who is triggering your curiosity?

I’m really intrigued and inspired by brands and designers putting craftsmanship above all (of course function and the idea have to be strong—that’s a given!) Why else make it. I guess I’m also getting older and what would be better than having my pieces outlive me, because they meant something to someone.