A natural stone dwelling embedded into a mountainside.

Many house designs aim to complement the landscape they inhabit, but few blend so well into their environment as House on Mount Maigmó in Alicante, Spain. Designed by architect Alfredo Paya, this dwelling is almost invisible from afar. The structure stands on a sequence of stepped agricultural terraces, surrounded by pine trees. Some of these ruins date back to prehistoric times and remain as evidence of the local community’s desire to reclaim land from the steep mountain. Partly buried, the structure also features natural stone walls and roofs that follow the topography of the land. As a result, it blends into nature perfectly. 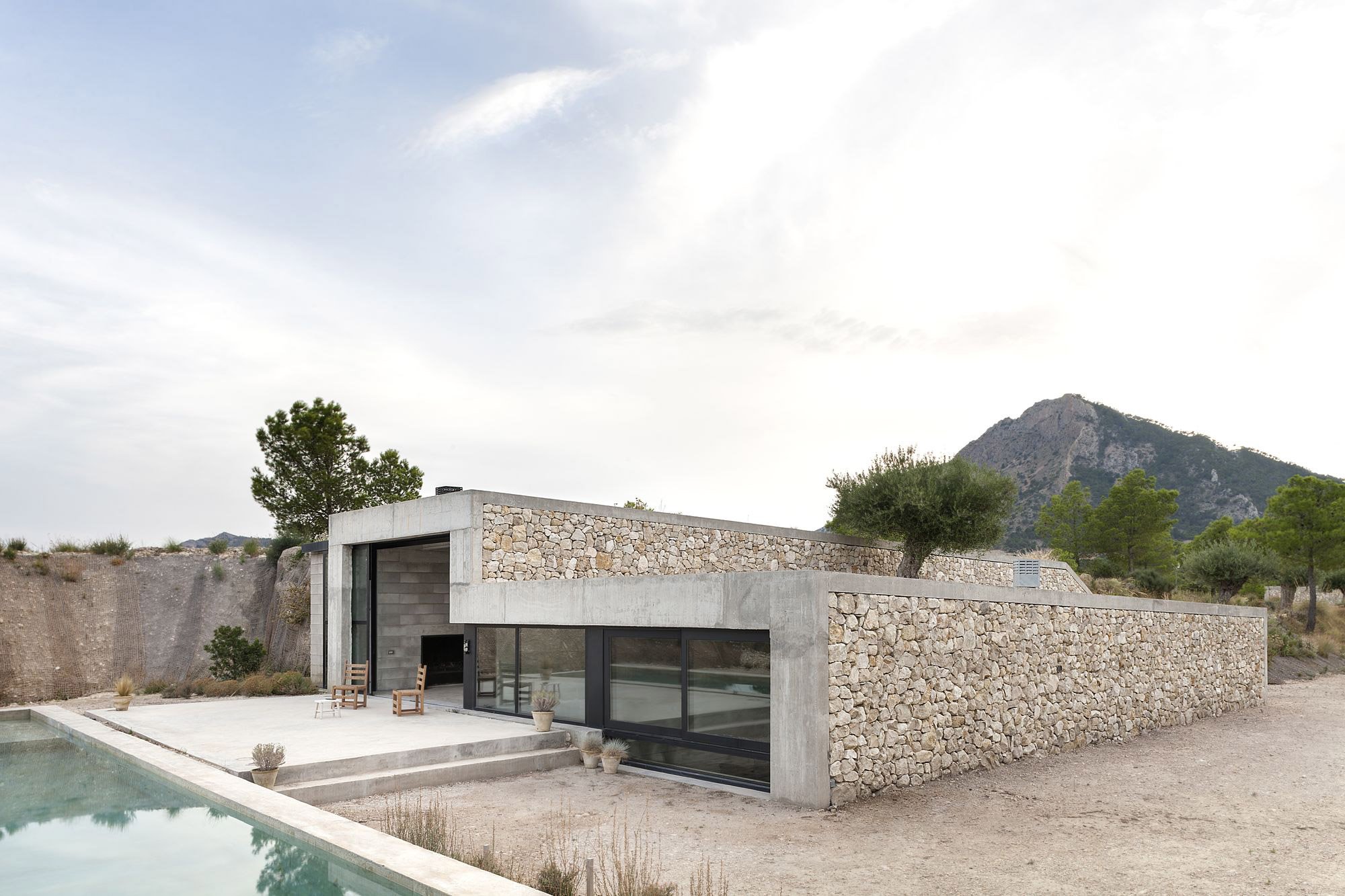 The studio made the most of the location which offers privileged views. One side overlooks the 16th-century Tibi reservoir and the valley flowing towards the sea, while the other frames Mount Maigmó. The compact footprint minimizes the house’s impact on the land, with the two volumes following the topography of the site. The earth and stone roofs also reconstruct the original land features to integrate the dwelling into its setting further. On the partly buried section of the house, the bedrooms remain cool during the summer and warm during the winter. On the upper level, the living spaces and porch allow the inhabitants to relax, socialize, and enjoy the views.

A part of the natural landscape in more ways than one, the house is completely self-sufficient. It features PV panels, an auxiliary generator, and a well that provides water. Sustainability played a large part in the construction phase, as the studio used local stone, prefab concrete blocks and beams, timber panels and marble tiling, with no waste generated during the building process. A lack of detailing and the use of small components a single craftsman could carry and assemble without external aids connect the house to its local setting and history of the site. Photographs© Milena Villalba. 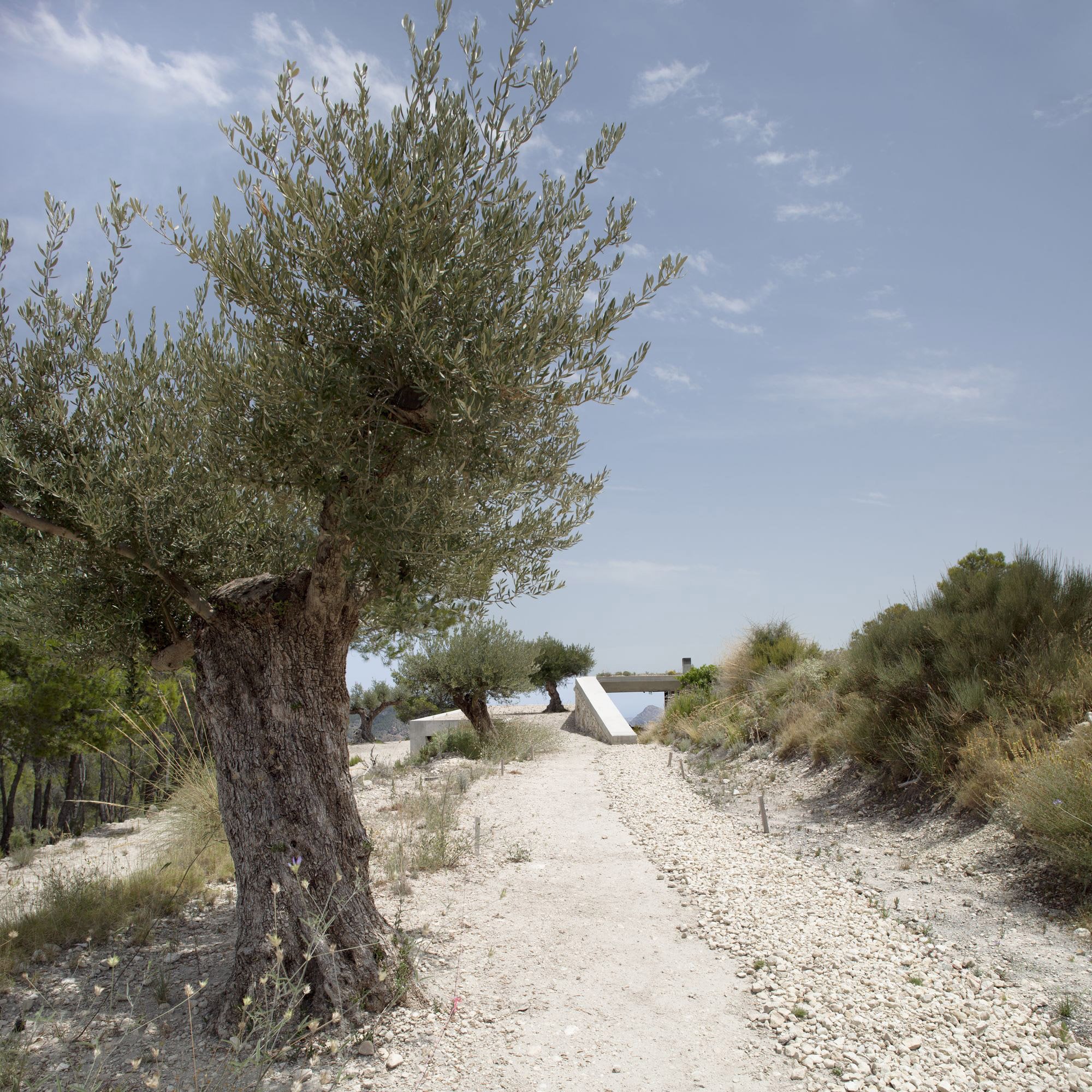 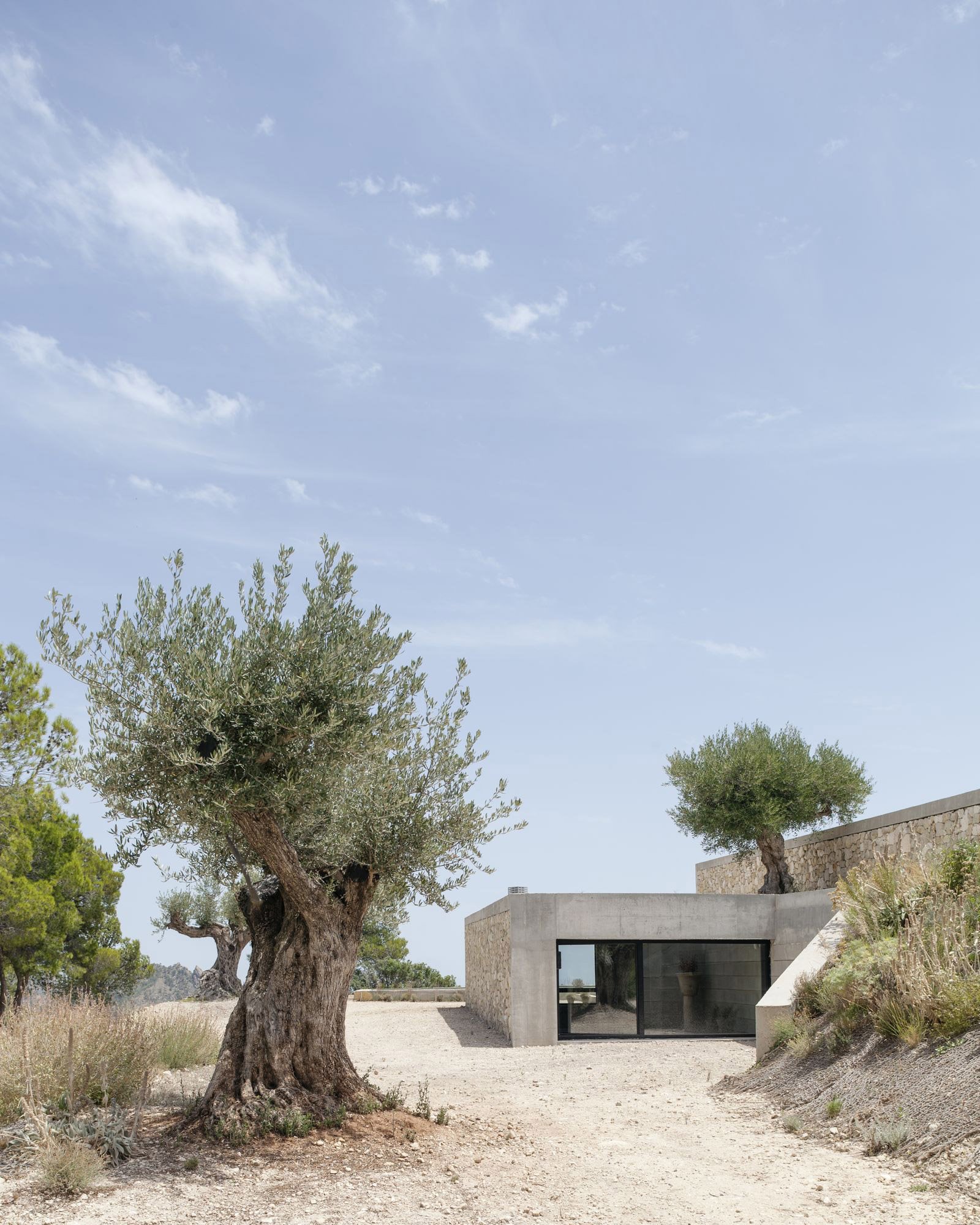 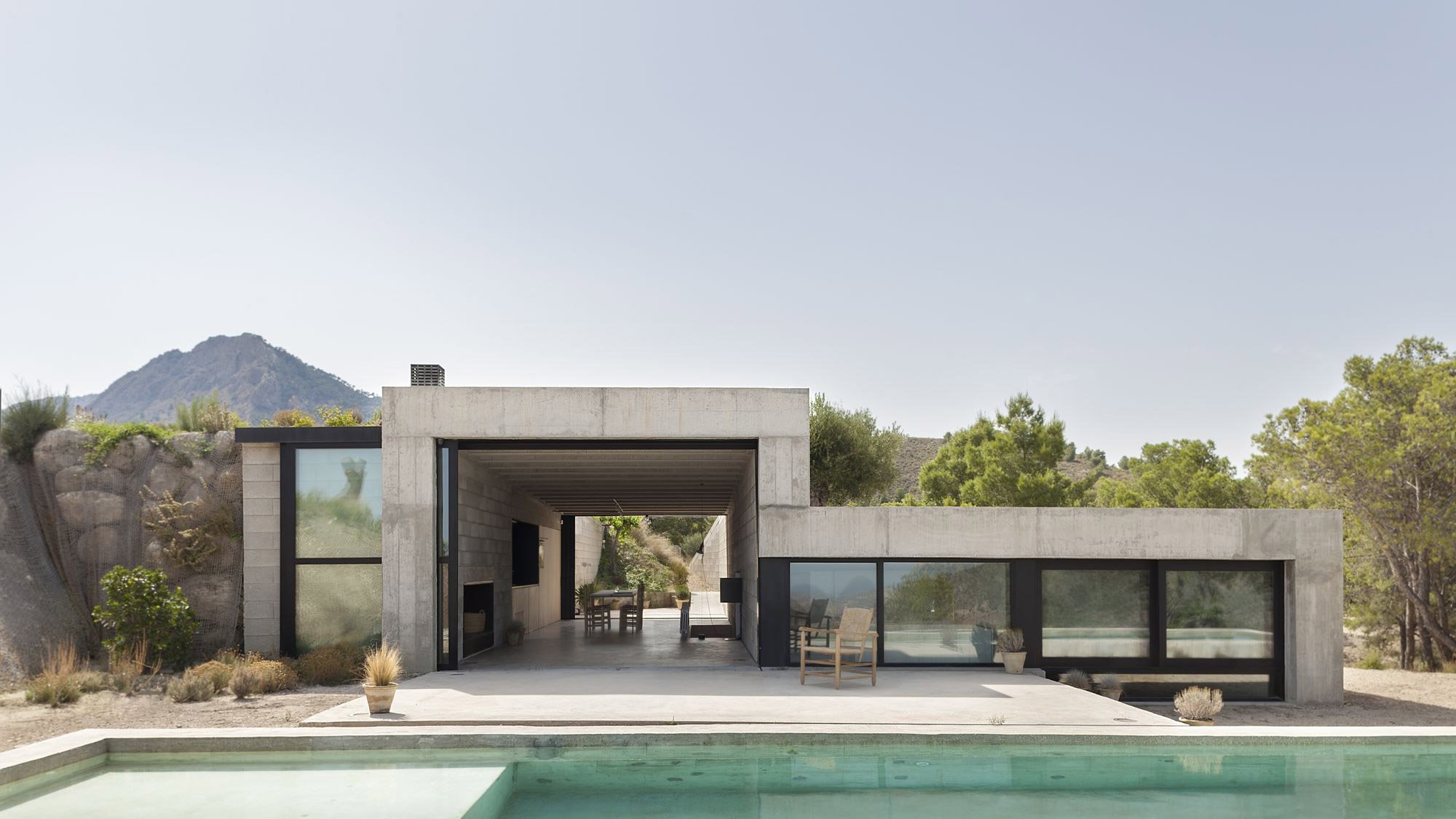 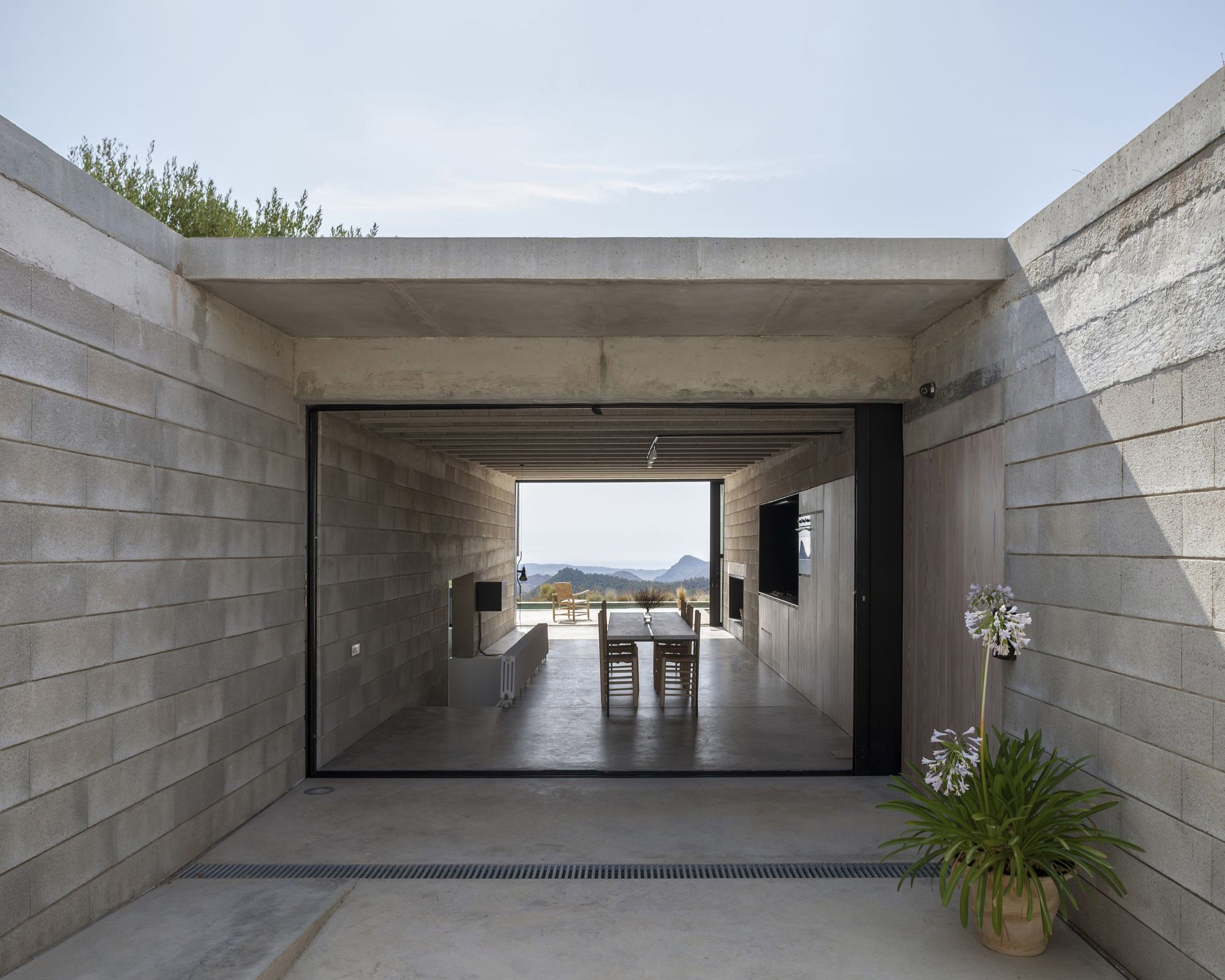 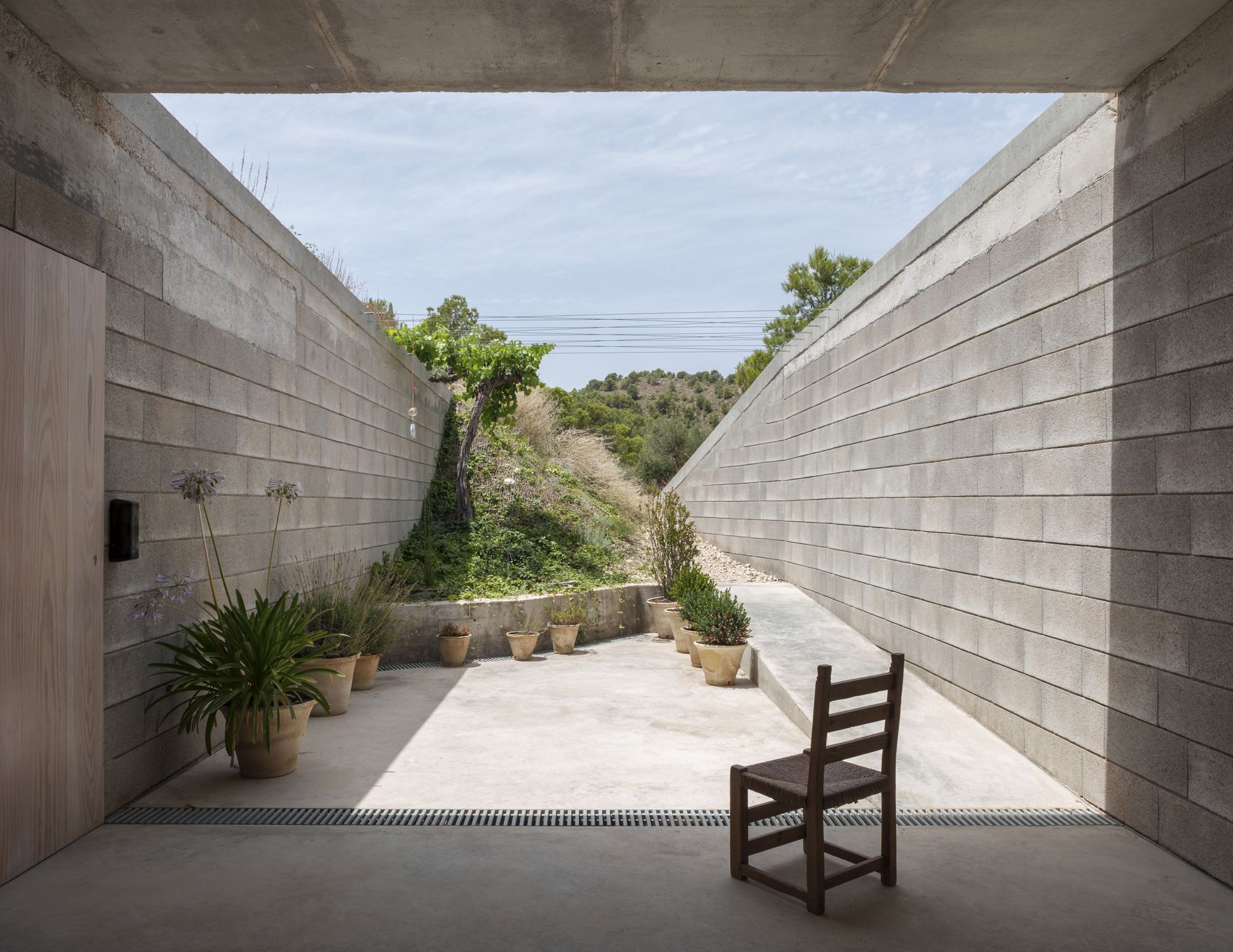 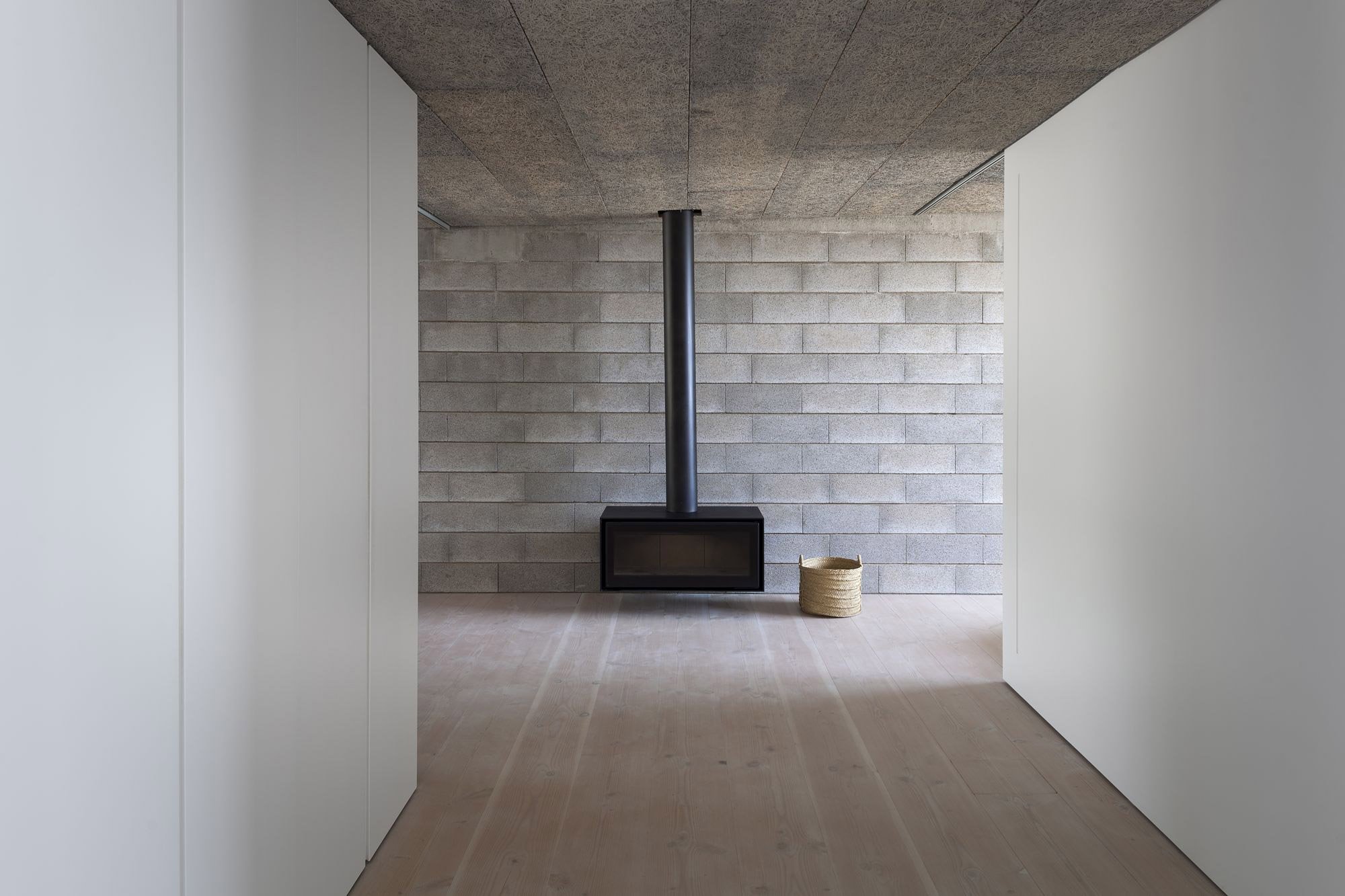 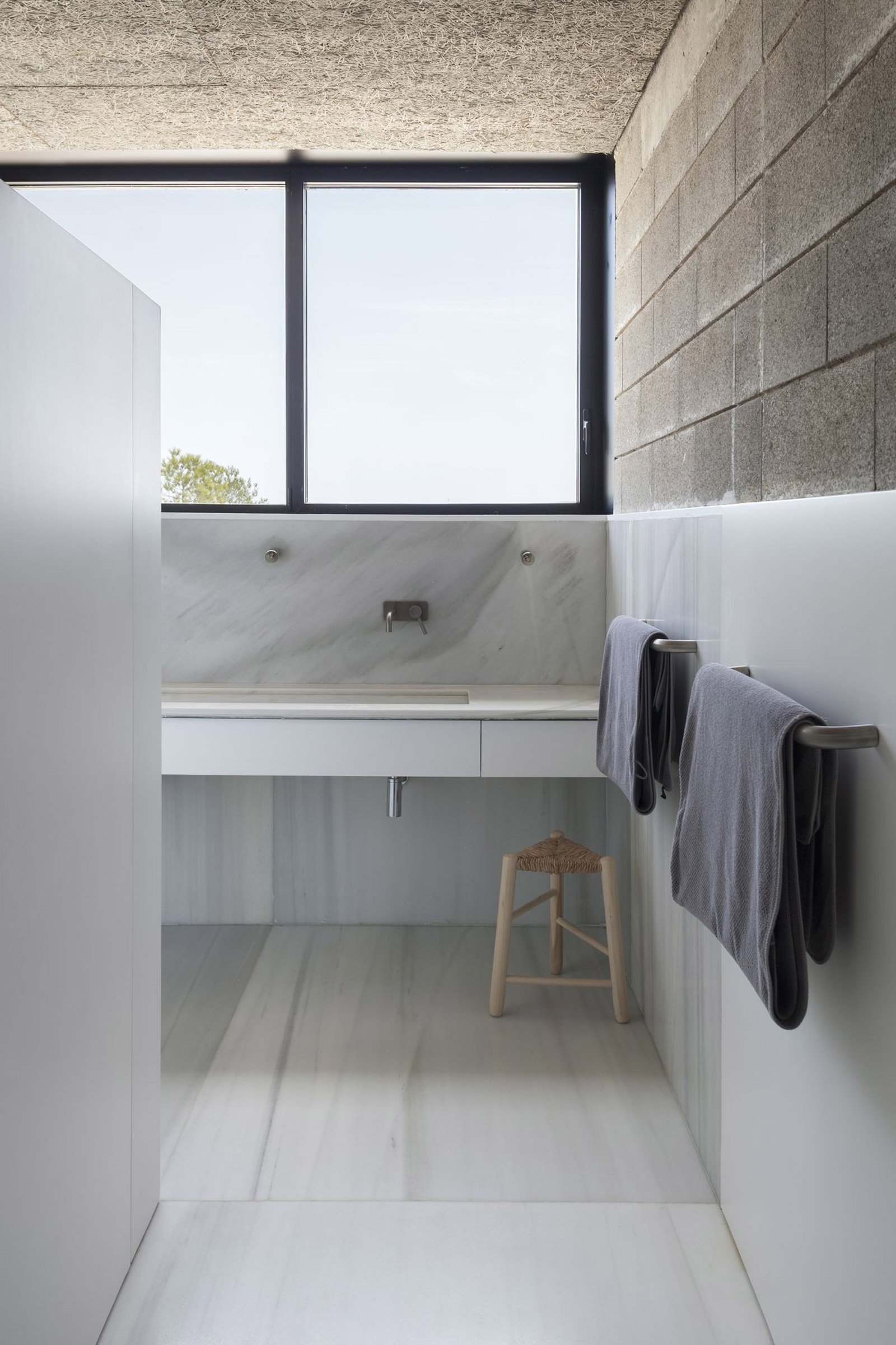