At the beginning of 2017, the rules for crafting “Swiss-made” watches changed. Apart from featuring a 100% Swiss movement and assembly, now the cases must be at least 60% Swiss. This requirement may ensure a superior quality, but it also elevates the price and thus makes the watches less accessible. It’s a challenge Pierre Nobs and Simon Husslein were more happy to take on. Introducing Bólido – a watch that provides an ingenious solution to the new guidelines while also revolutionizing modern timepiece design. All at an affordable price. Created in a collaboration between designer Simon Husslein and Ventura Watch Company founder and entrepreneur Pierre Nobs, the Bólido watch has a simple aesthetic and a powerful personality. And the name is not just melodious. It means “meteor” in Spanish, alluding to the concept’s avant-garde nature. 100% Swiss-made, the watch comes with a surgical grade stainless steel case crafted with automatic lathing machines. A second rotative axis increases the height of the case and also creates a distinctive conical shape. Positioned at the 12 o’clock mark, the crown adds a creative and eye-catching accent to the design. The monocoque construction allows the brand to hide the strap inside the case, setting Bólido firmly apart from other timepieces. Minimal and modern, the face boasts bold hour markings as well as a Super Luminova finish for optimum readability in low light conditions. Other features include a Swiss Mechanical Automatic Movement regulated in 5 positions, a 44 hour power reserve and a scratch-resistant sapphire crystal cover. Bólido comes with an exclusive rubber strap in black and white, black, red, yellow, and pebble face colors. The Kickstarter campaign smashed through its goal in the first 16 hours. You can become a backer until July 15 and get the watch at up to 30% off the retail price, which will range from $650 to $690. Photographs© Pierre Nobs and Simon Husslein. 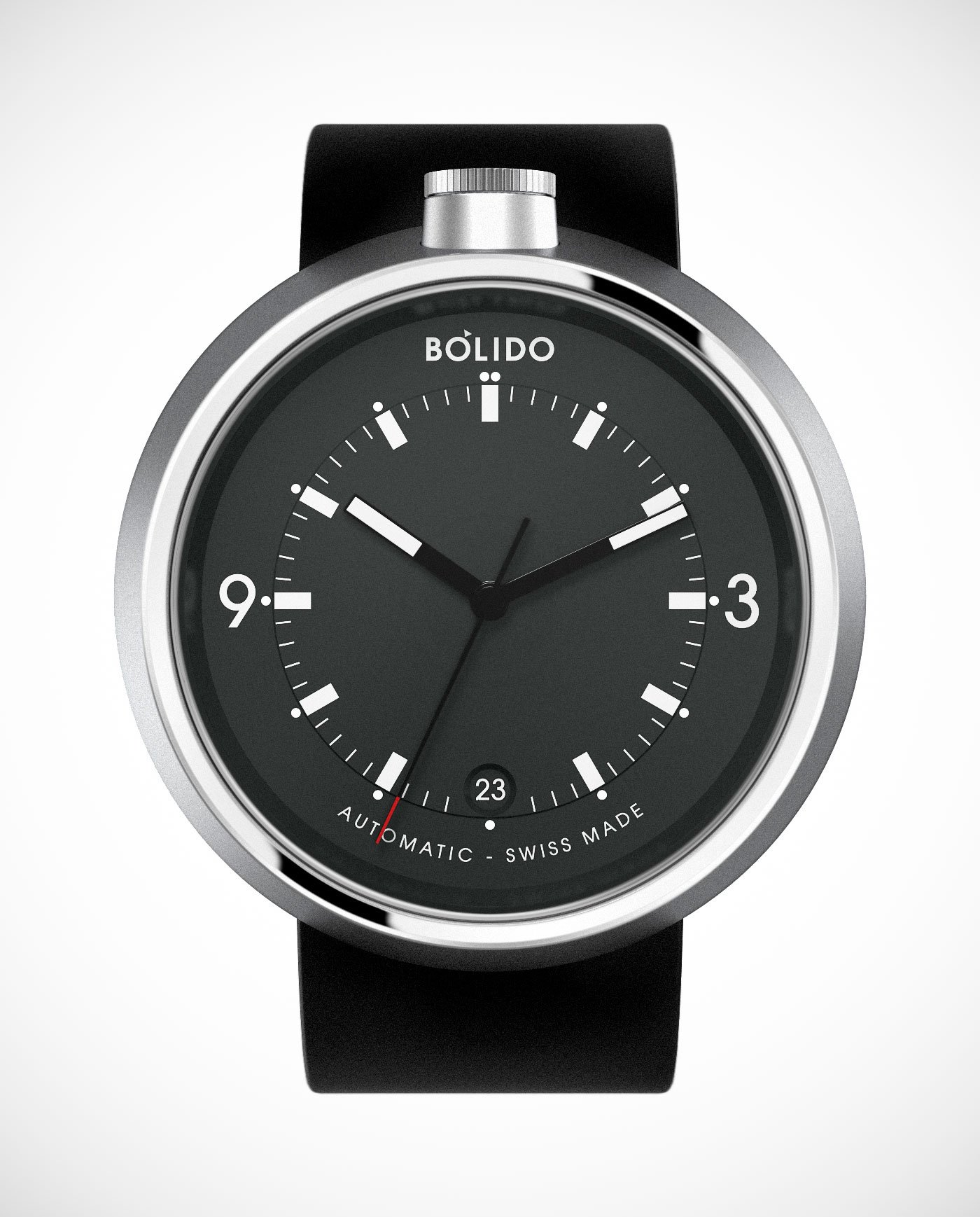