Behind the Design: Sebastian Cox

Sebastian Cox takes his work very seriously. Affable and charming, there is also a certain intensity in his demeanour that’s compelling. Ask him about wood and craft and Cox talks with a fervour that is erudite and enlightened. A champion of British woodlands, Cox has an authoritative manner—he is confident and to the point, but without any trace of ostentation.

Sebastian Cox designs, makes and manufacturers an entirely elegant range of wood products with fastidious care. Based in south east London, the studio and workshop is a true ambassador for ‘made in Britain’ wares. Combining an approach that is traditional and radical, Cox is on a studious quest to explore and probe the vast potential for wood as an innovative and sustainable design material. In one recent endeavour, he teamed up with researcher Ninela Ivanova to create a laboratory of biofacture: using what is described as ‘the remarkable and ancient material relationship between wood and mycelium (fungus)’, Cox is growing contemporary furniture pieces, including a series of stools and pendants. 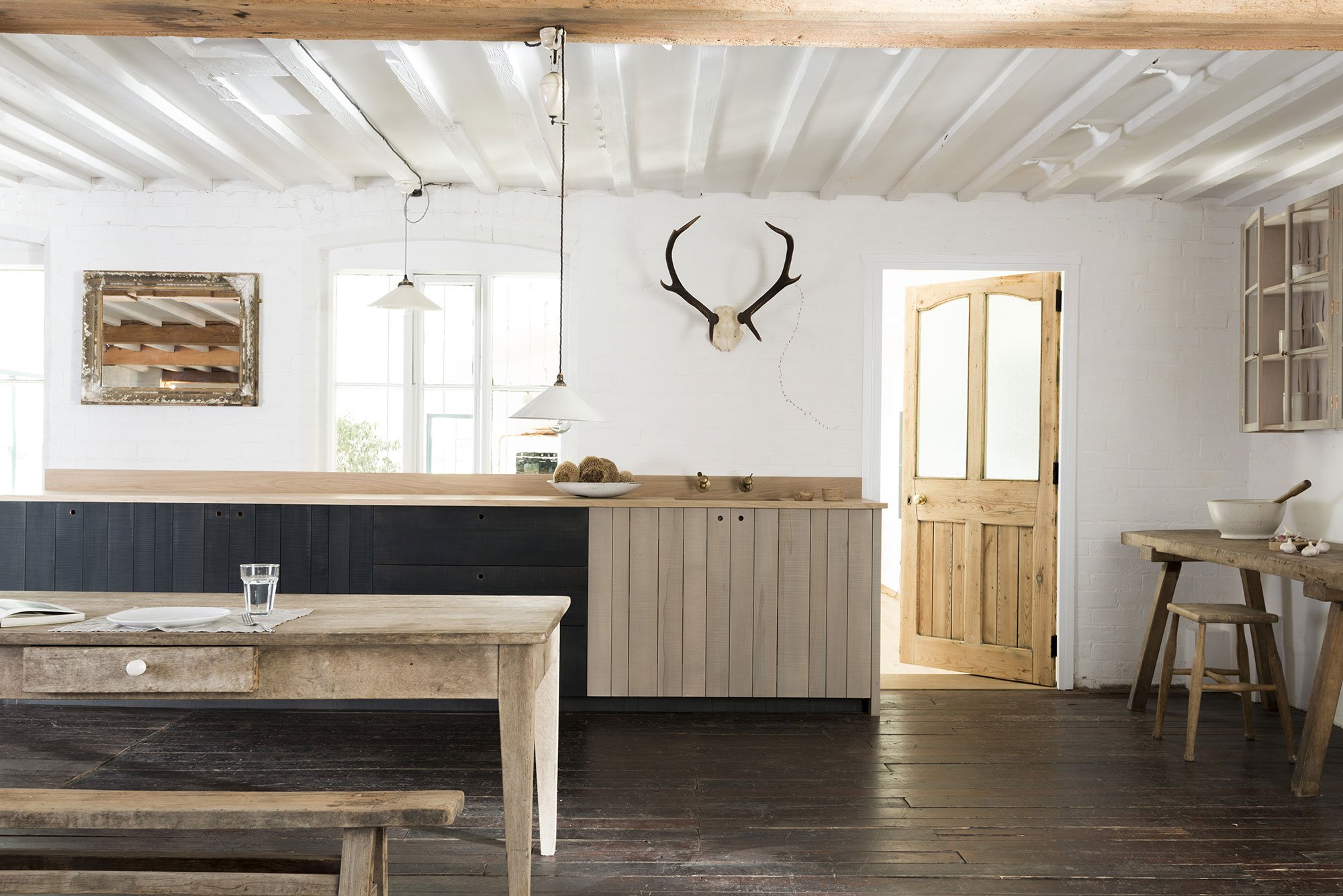 With original commissions—such as a life-size balloon basket and bespoke furniture for a Burberry pop-up in London’s Heathrow airport—and select production designs—including the Sebastian Cox Kitchen in collaboration with deVOL Kitchens—Sebastian Cox is challenging the mass manufacturing status quo and reinvigorating a time-honoured love affair with wood.

Gessato gets behind the design with Sebastian Cox.

What are five words that best describe you?

Principled, questioning, energetic, exacting and disruptive (of the status quo…)

Your workshop, studio and mill are founded on the principle that a traditional approach can be radical. What do you mean by ‘radical’?

As part of Progress 1000, you were recently named by London’s Evening Standard as one of London’s most influential people. How do you feel about such an accolade?

It’s a real honour! We’re listed alongside people we know and have a great deal of respect for. We strive to influence people’s opinions on wood, furniture and the materials they use in their homes, so this is a wonderful affirmation of the work we do.

You’re a stalwart champion of British woodlands. What fascinates you most about wood as a design material?

Wood is an ancient material. It shaped civilization but it’s also the material of the future. If we were to design the perfect material, it would be naturally self-replenishing, warm to the touch, rich in provenance, strong but light, hard but forgiving, joinable, repairable and completely biodegradable. And if we were being ambitious, we might also ask that this material absorbs carbon dioxide out of the atmosphere and produces the oxygen we need to breath.

You’re working with researcher Ninela Ivanova to grow a series of everyday products, by using the material connection between wood and mushroom mycelium. How did this exciting venture come about?

The idea for this project came from the woodlands. I saw two rods of hazel which appeared to be bound together by a fungus of some sort. The branches were fused very tightly and that made me think about the way in which we bind small pieces of wood together in the workshop. We’re not entirely comfortable with the use of resins or concrete to bind wood together, and this seemed like a wonderful, natural, alternative way of doing this.

Simply, yes. Biofacture requires less energy than our current means of production and is an additive process, so it isn’t depleting any natural resources. I also think if we are able to commodify biofacture, whether it be through mycelium or algae for example, we’re actively creating a very strong argument for conservation to encourage biodiversity. Given that 40% of the world’s wildlife has been lost since 1970, this is an incredibly appealing end goal to me. 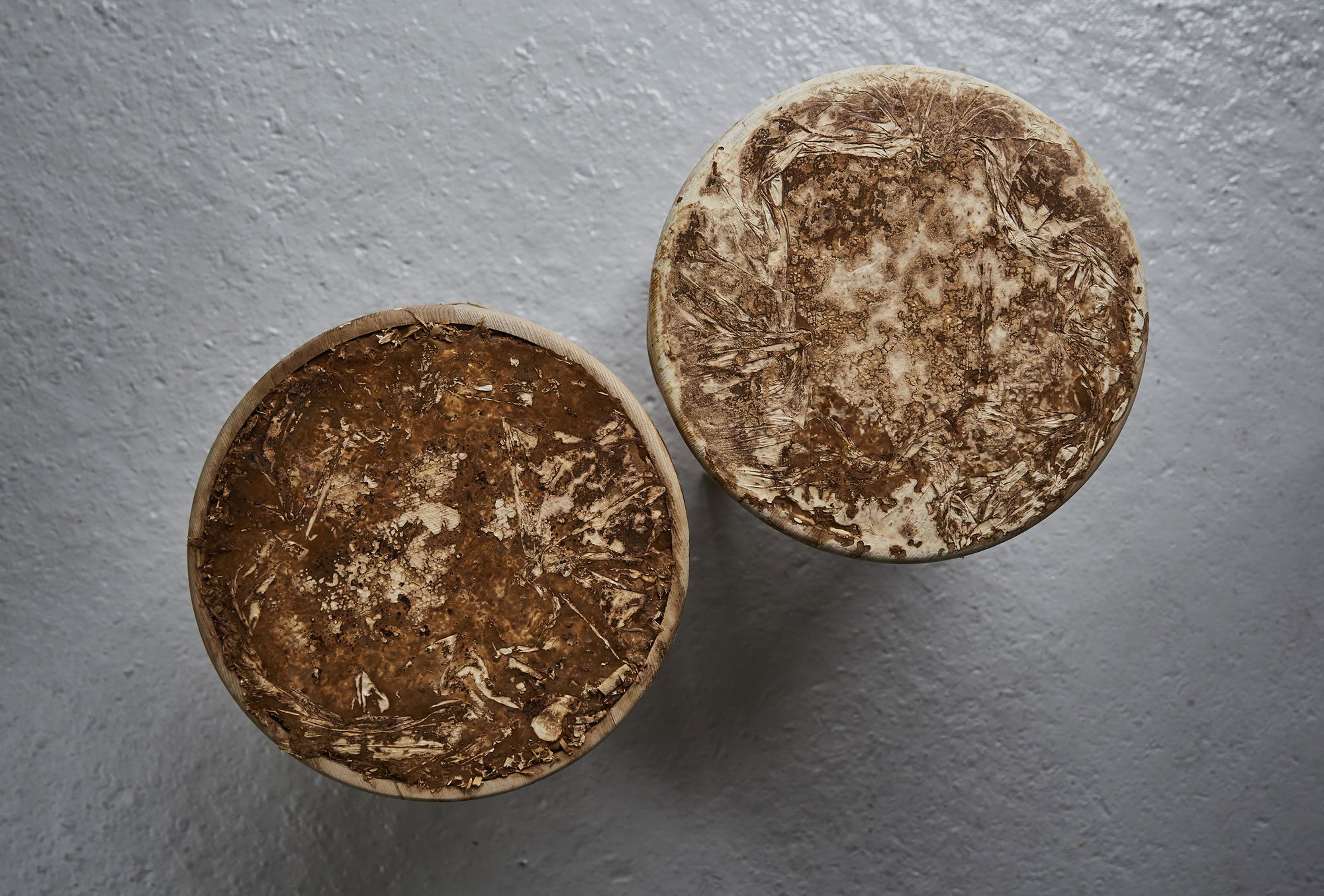 Your work has a certain utopian aesthetic—it combines traditional and contemporary design in a manner that is simple and honestly expressed. Where do you draw inspiration from?

The arts and crafts movement. It had pragmatic and utopian ideals which in some cases are still relevant today.

How can we champion honest, long-lasting design in a world that is besotted with fast and now?

I think the solution here is to make objects which are more meaningful. People can reconnect with things that are real and tangible, through beautiful objects which mean something.

You toil away in the workshop, studio, mill and lab… do you have a particular favourite—a place where feel most content?

My new workbench is undoubtedly my favourite place to be. Since expanding the studio and workshop, I now have a spacious area to work with my own tools, a south-facing window and a brand new workbench designed specifically to suit the way we work.

You are undoubtedly a designer on the rise (and deservedly so). What advice do you have for up-and-coming designers?

My primary advice is to have clear principles and stick to them. I do not believe it is enough of a contribution to our material culture to design something ‘just because’.