A tasteful union of asymmetrical volumes, natural materials, and light.

Located in the Laurentians, near the town of Mont-Tremblant in Quebec, Canada, Gauthier House blends into the forested landscape thanks to its refined take on the traditional brick farmhouse. The owners have a nearby horse farm and hired Atelier Barda to design a dwelling that offers privacy and also connects the living spaces to the horse arena. Set in a hilly terrain, the house has a main road to the east and the farm to the west. Birch and spruce tress surround the structure and hide it from the road. Emerging from the trees, the brick structure welcomes visitors with an opaque facade and an off-centered arch which provides the main entrance point to the interior. 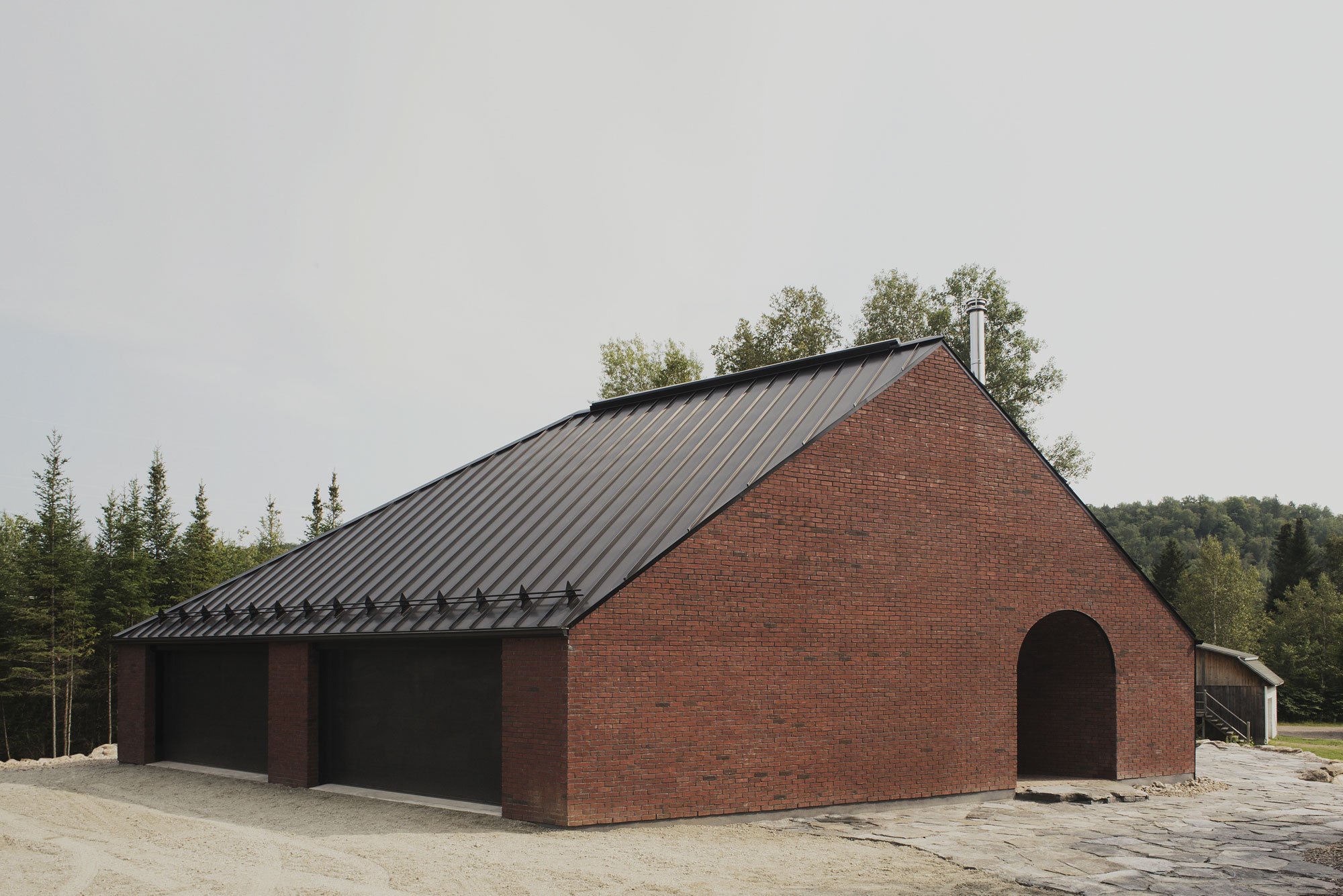 Inspired in part by the client’s love of American minimalist art, the dwelling boasts interconnected geometric volumes as well as a striking play between light and shadow, asymmetrical shapes, and natural materials. European stables along with horse-breeding centers also provided a source of inspiration for the design. As a result, the house has a V-shaped floor plan which connects two different areas of the building – and also separates them. One section houses the garage and the client’s ceramics studio, while the other contains the living spaces. A curved corridor becomes the threshold between the two areas. 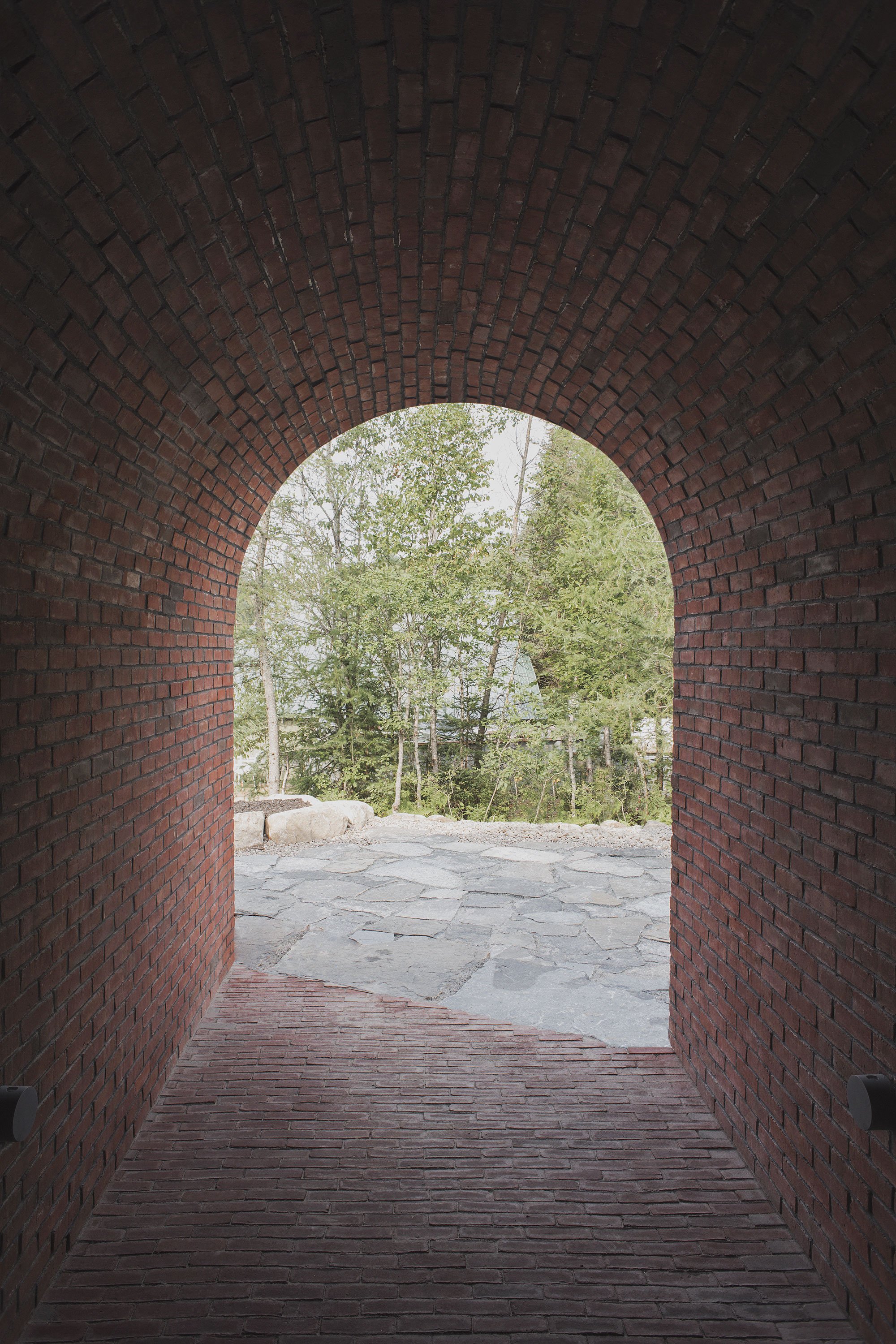 A sequence of spaces establishes a perceptual narrative thanks to the clever use of light and natural materials. Dark and bright spaces alternate in a play on shadow and light. Likewise, narrow and wide areas create a dynamic space that seems to narrow and expand organically. Simple raw materials such as lime, oiled oak, and brick enhance the tranquil atmosphere further. In the main living area, vertical veils partition the dining room, kitchen, and lounge without separating the volumes.

Openings curate the views towards the farm, while their different proportions enhance the link between the interior and the landscape. Skylights and “light cannons” brighten the rooms. Organized in the fold of the V-shaped volume, the bedrooms have an intimate ambiance. In contrast to the minimalist exterior, the interior has a complex design. Here, geometry, light, and substance always remain in perfect balance. Photographs© Maxime Desbiens and Juliette Busch. 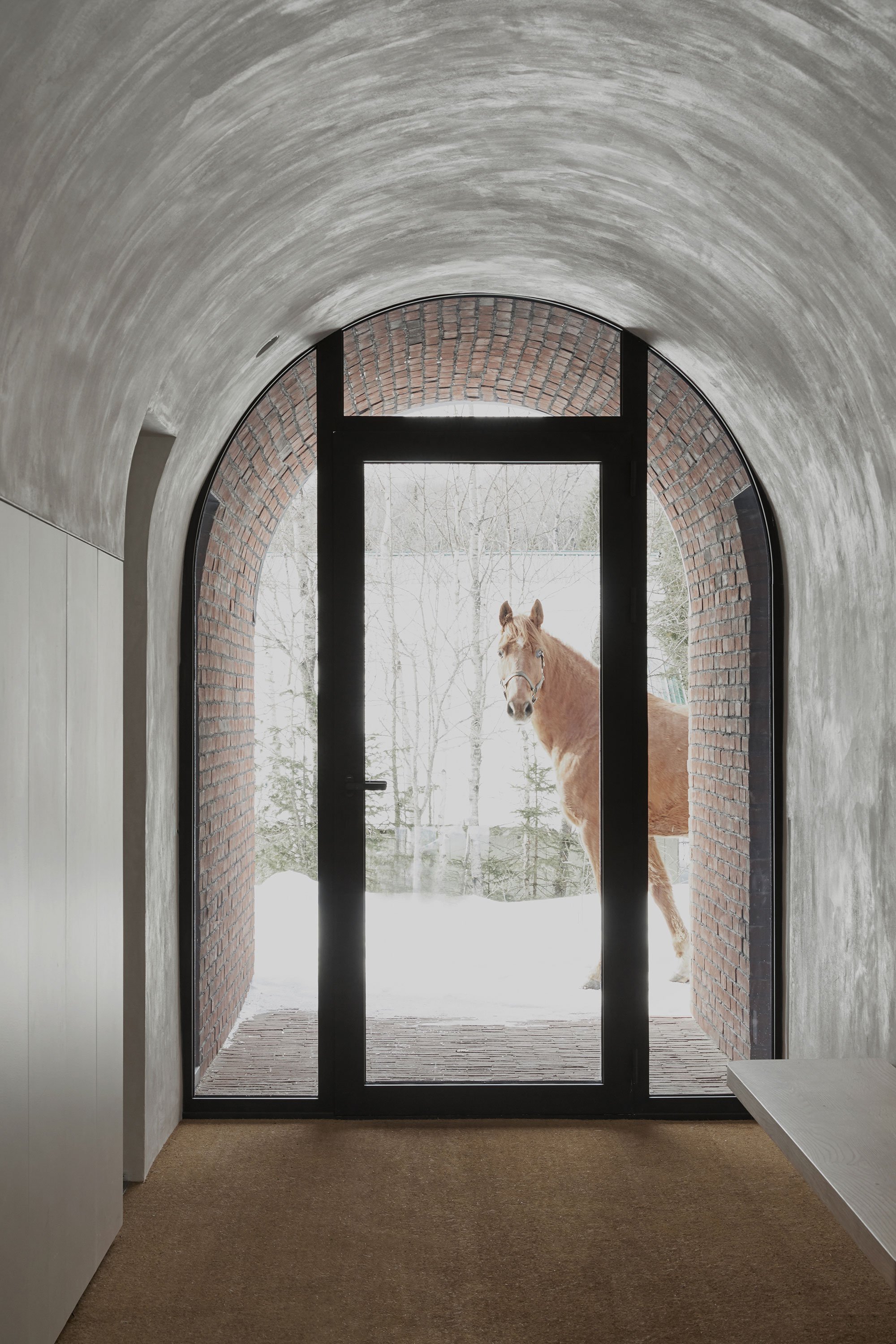 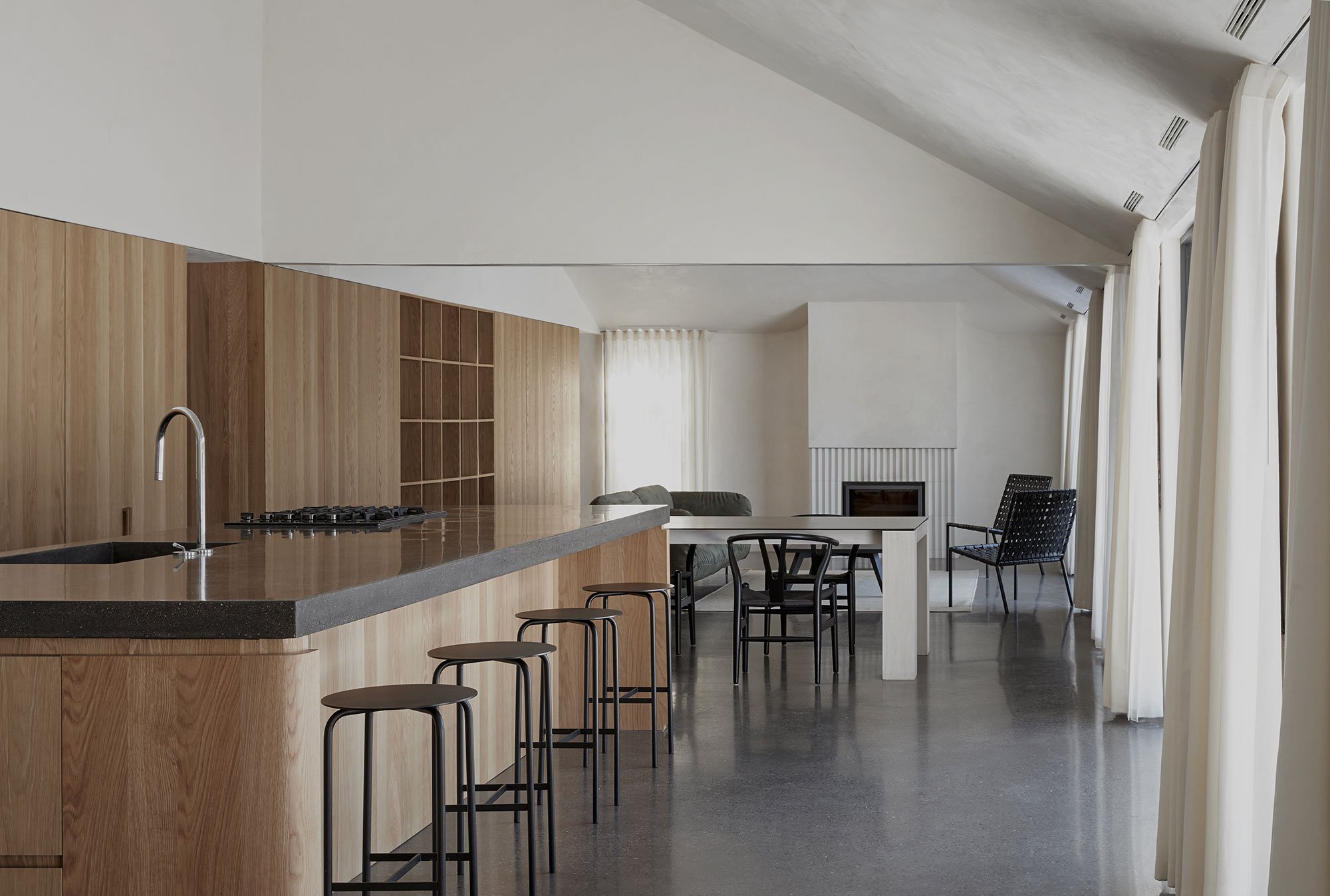 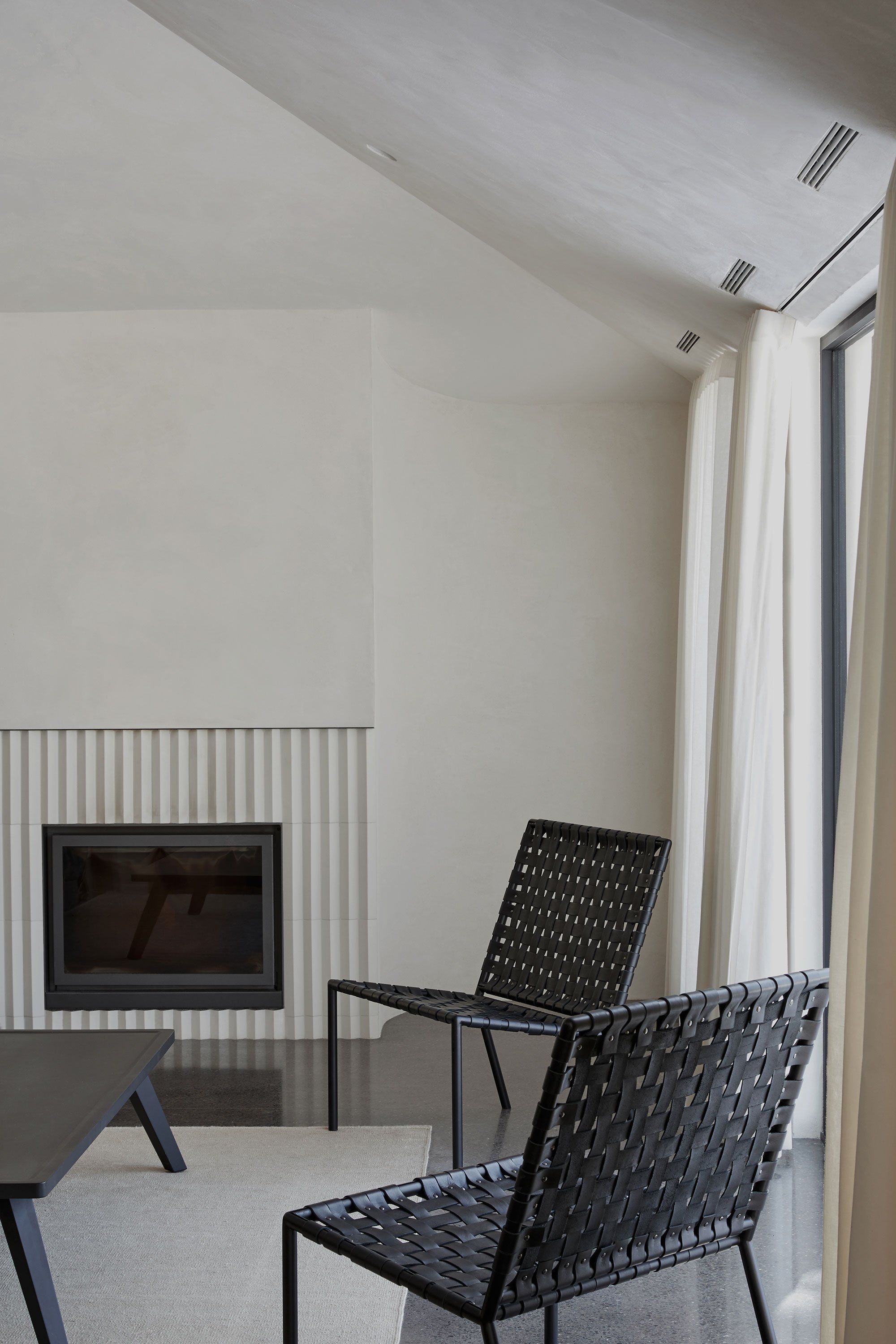 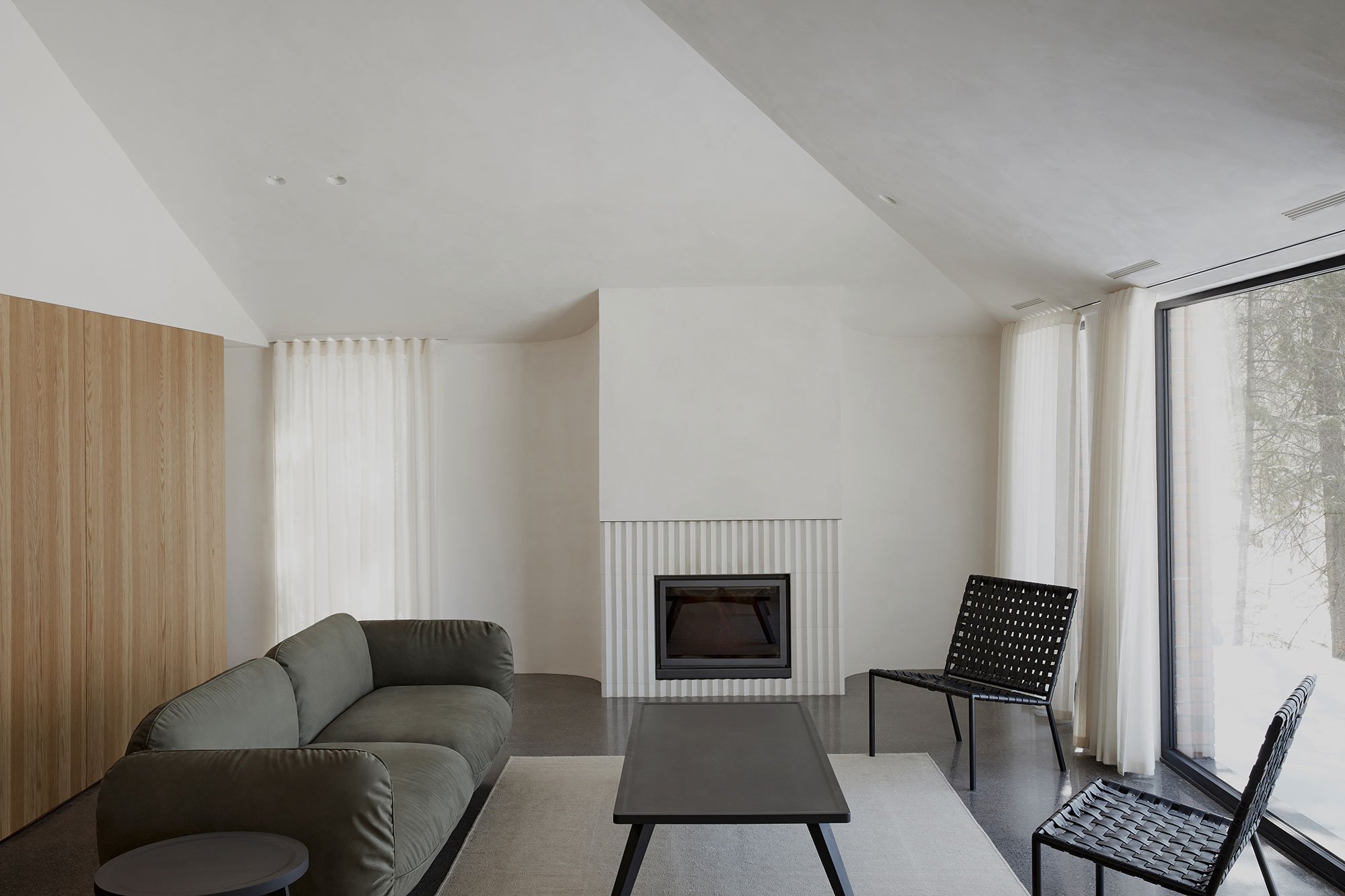 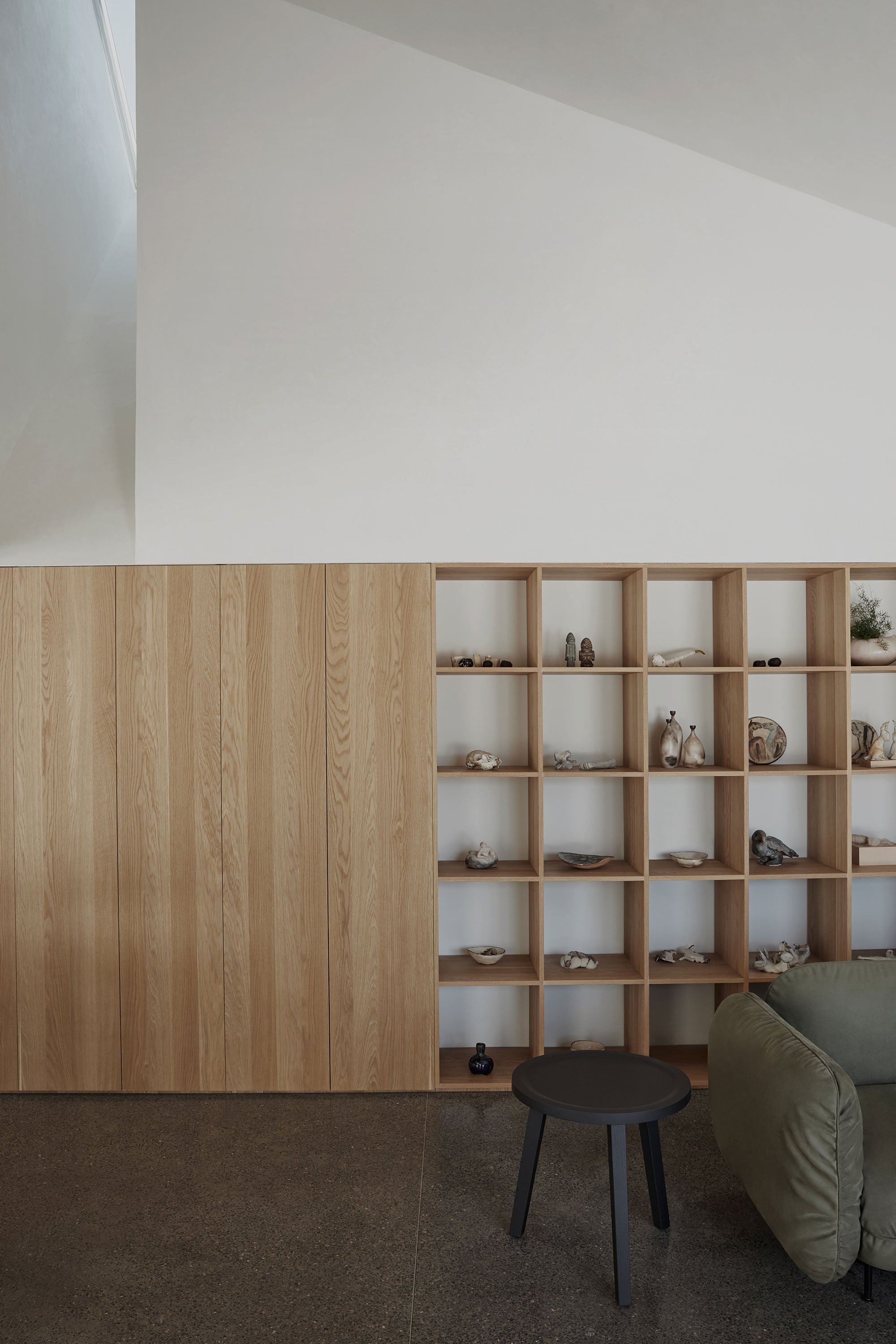 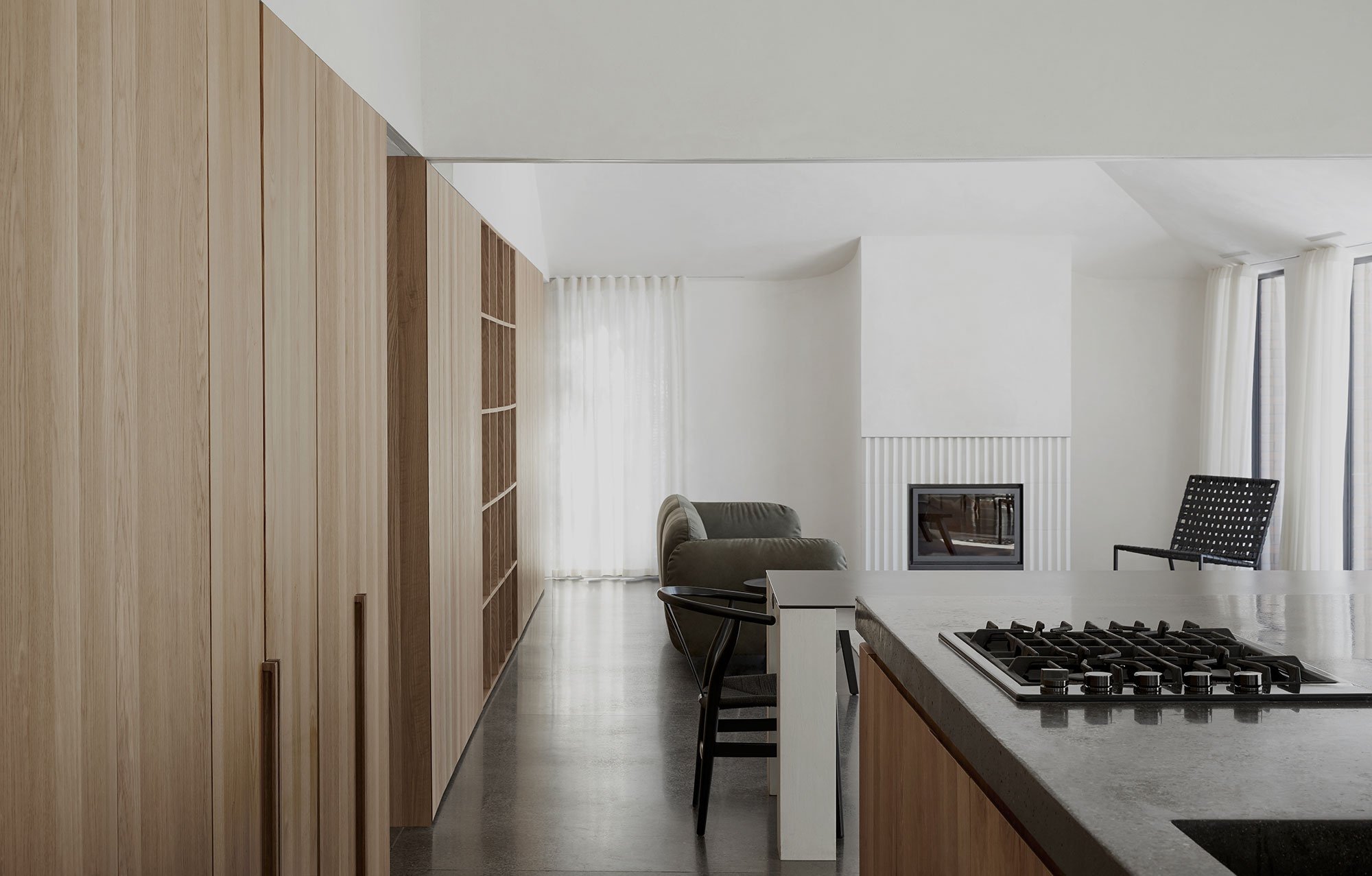 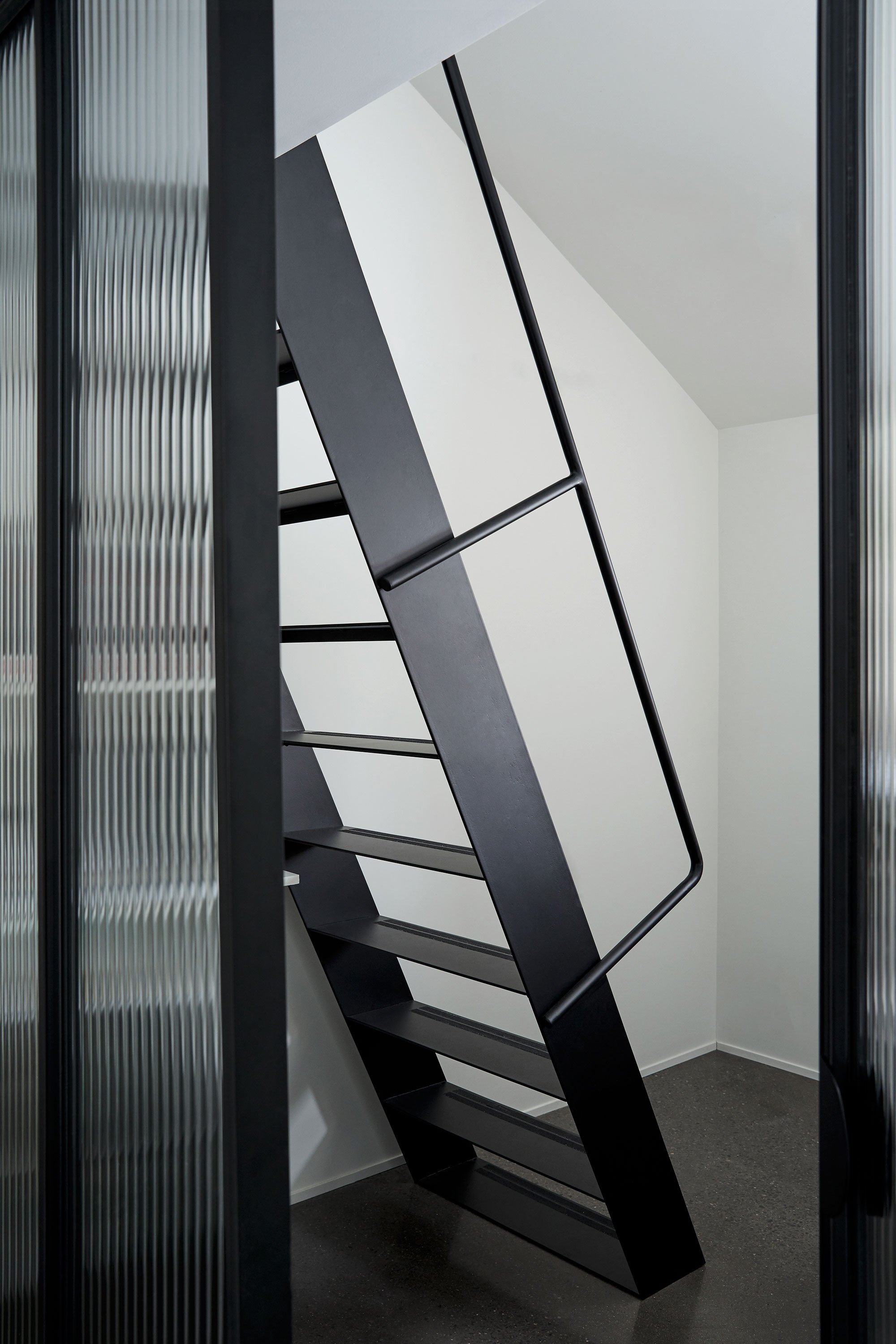 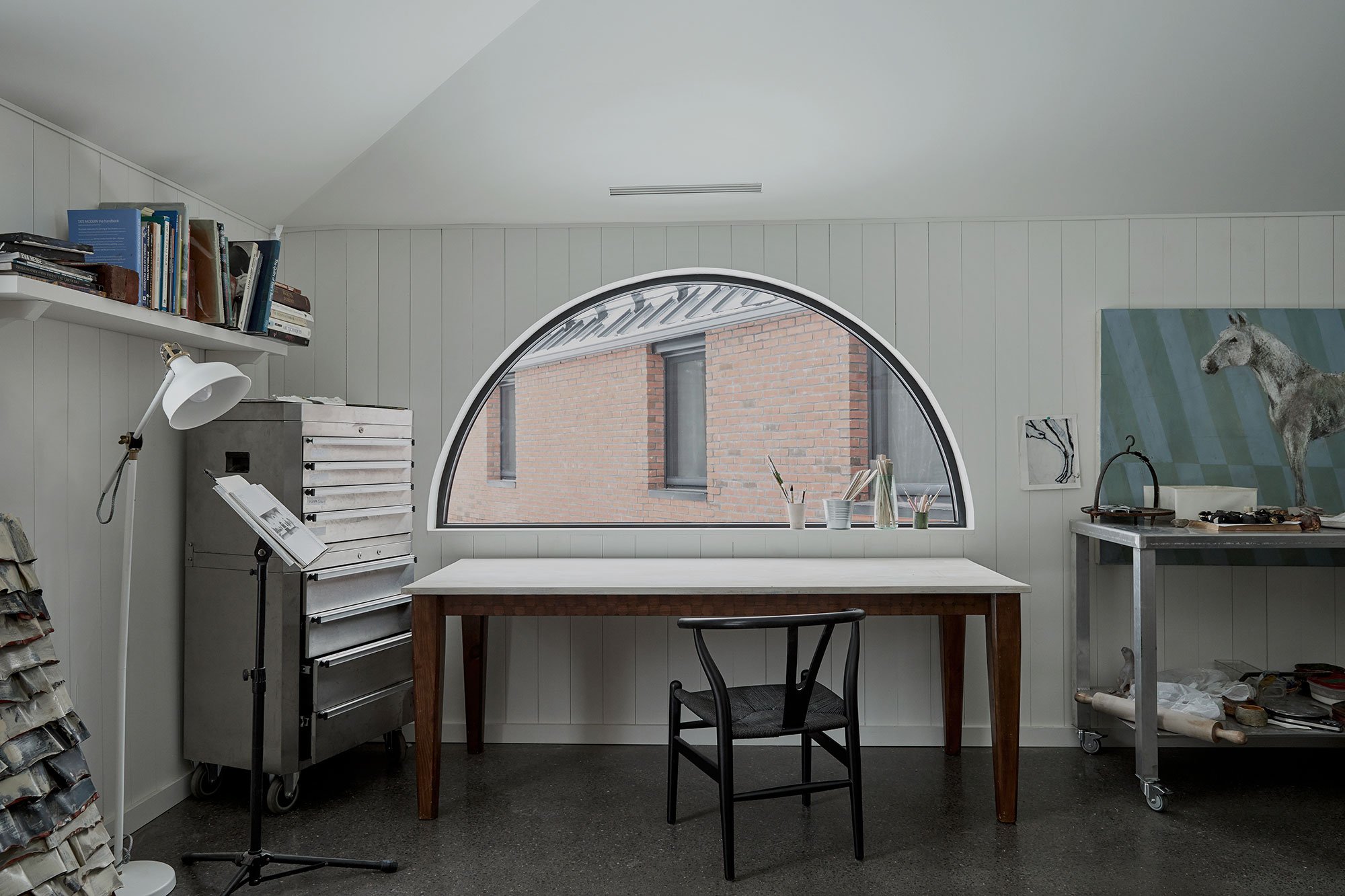 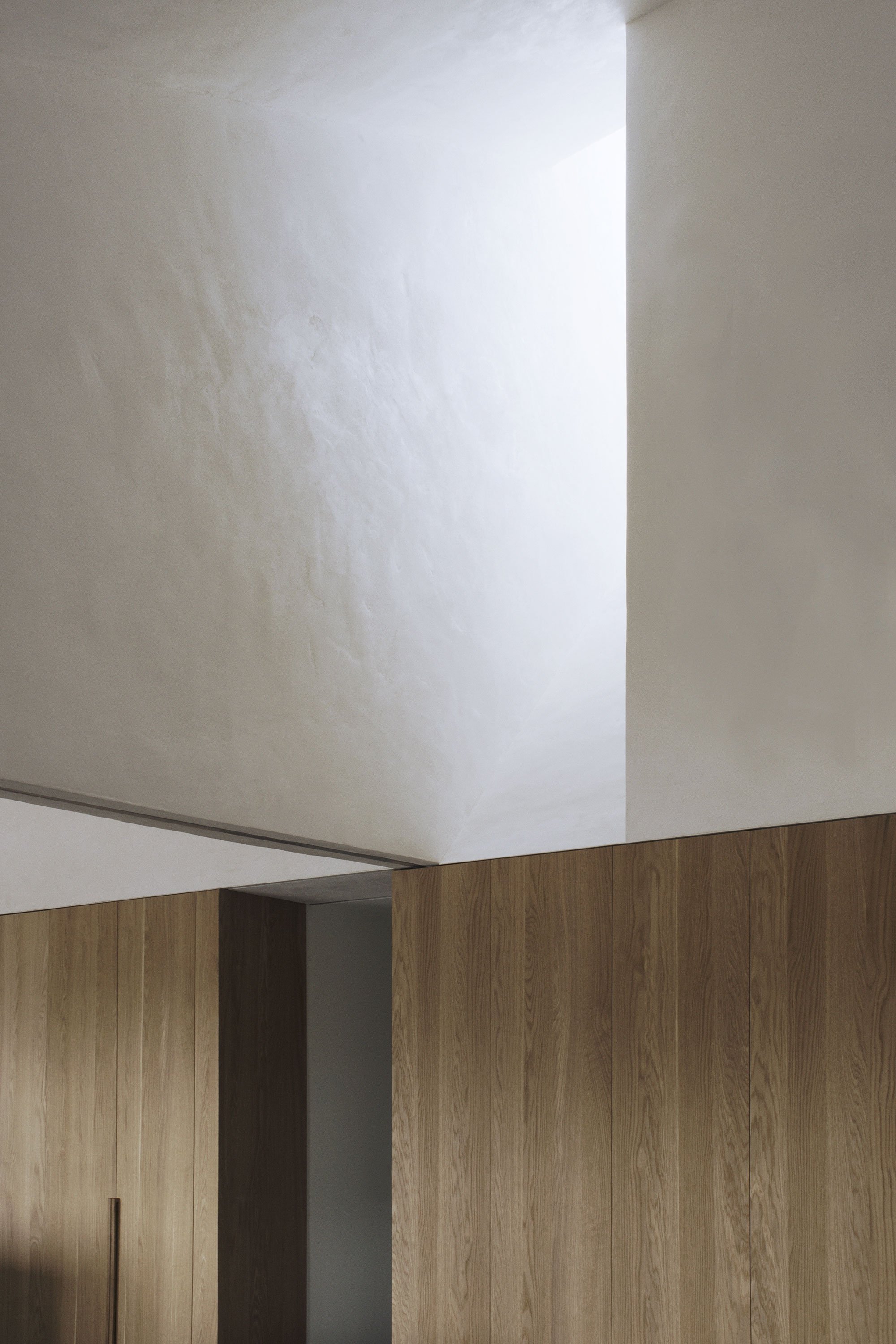 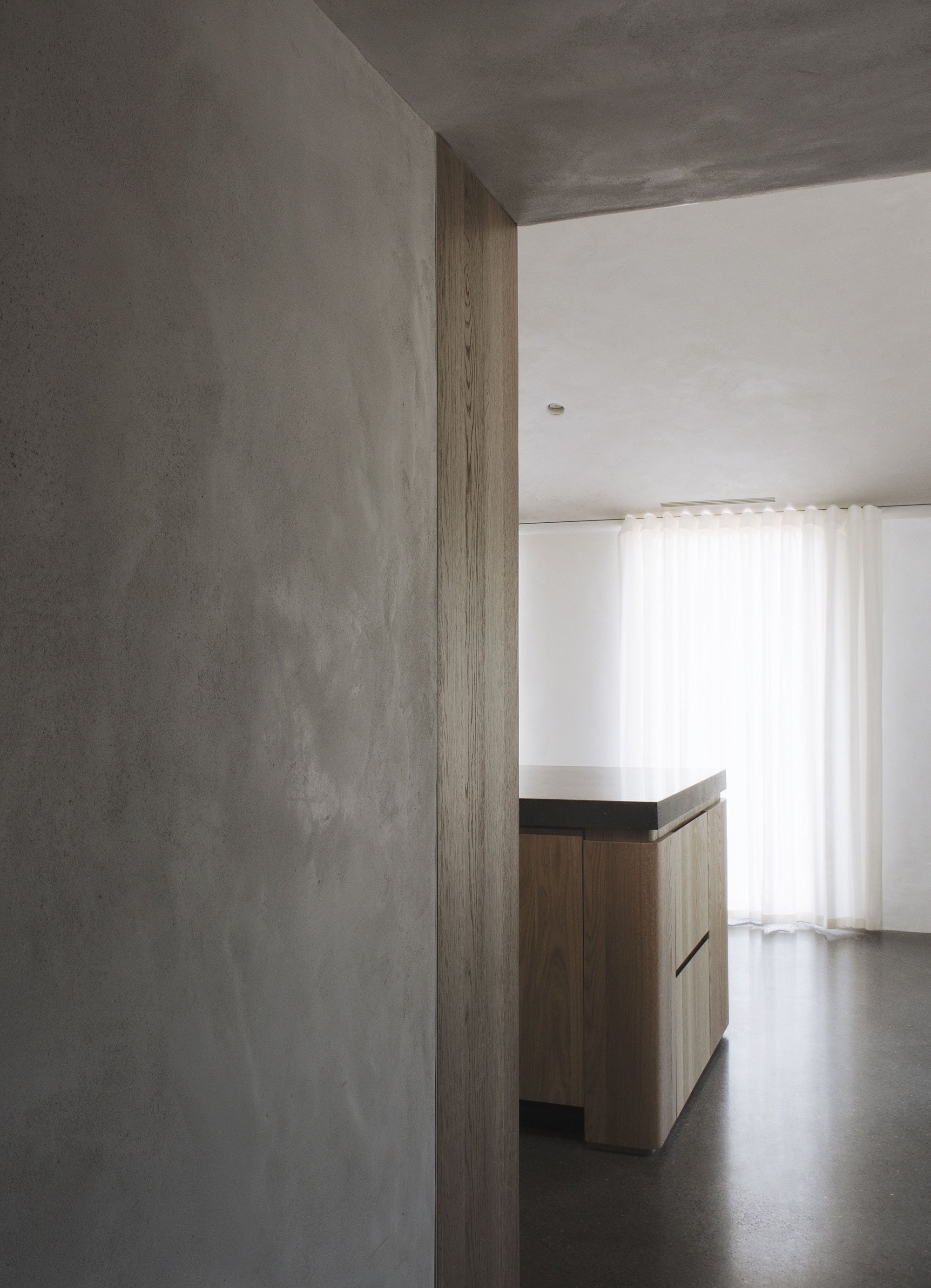