The Volkswagen Electric Van – I.D. Buzz Set For A 2022 Launch

Set to reach dealerships in North America, Europe, and China in 2022, the Volkswagen electric van I.D. Buzz recreates the charm of the retro VW camper for the e-generation. First presented at the Detroit Auto Show, the award-winning car will officially go into production in the near future. The announcement came during one of the most prestigious auto shows in the world, Pebble Beach Concours d’Elegance in California.

The new design pays homage to the beloved microbus, but stands out on its own with its strong personality. On the front, light strips and hexagonal LED headlights give the vehicle a futuristic look, while the dual tone and the shape of the body references the original. 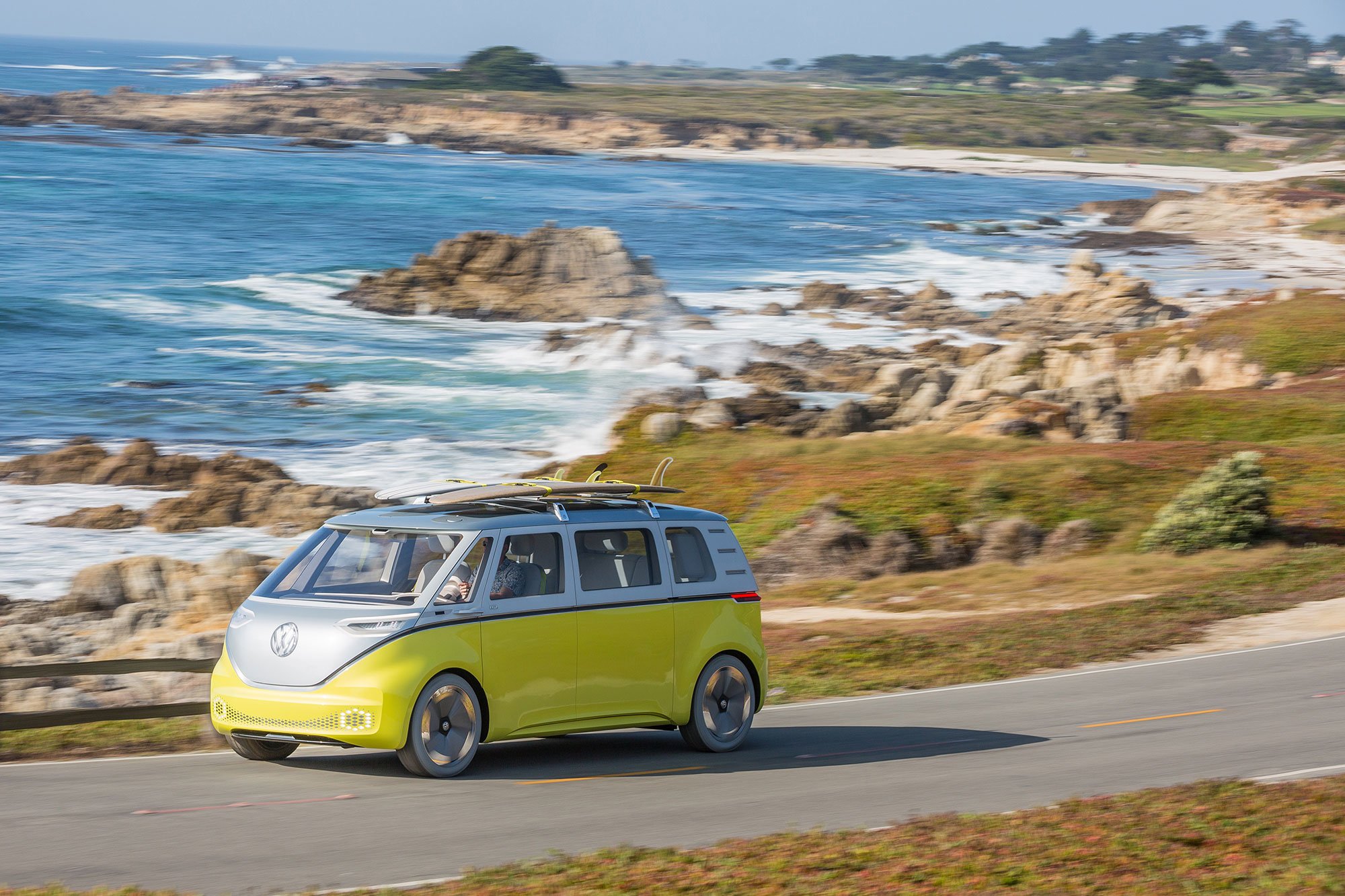 “The Microbus has long been part of the California lifestyle. Now we’re bringing it back by reinventing it as an electric vehicle,” explains Volkswagen CEO Dr Herbert Diess. More than 70 years after the VW camper, this sleek car opens a new chapter in the history of the iconic car. Designed as a zero-emissions vehicle, the modern but timeless I.D. Buzz blends into the eco-conscious American way of living perfectly. 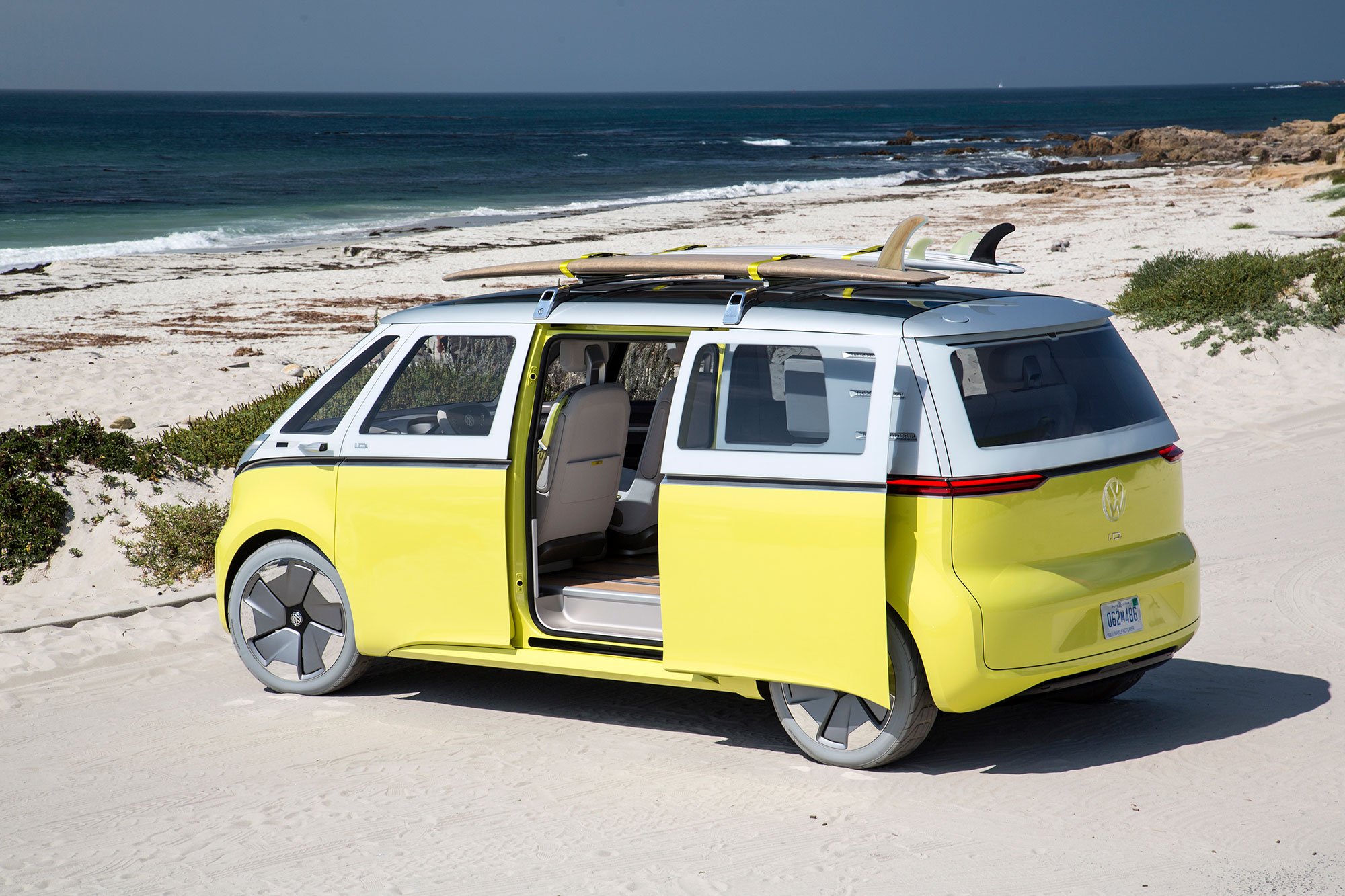 Similarly to the I.D. and the I.D. Crozz vehicles – the latter an electric SUV – I.D. Buzz will have a Modular Electric Drive kit, with floor-mounted batteries for more cabin space. Electric motors with 369 hp provide the all wheel drive, while the 111 kWh battery pack offers a range of up to 300 miles on one full charge. The cabin seats eight people in complete comfort. It also provides plenty of space for gear thanks to the folding and removable seats. A front trunk adds more storage space. Which makes the Volkswagen electric van family-friendly and adventure-ready. Photographs© Volkswagen. 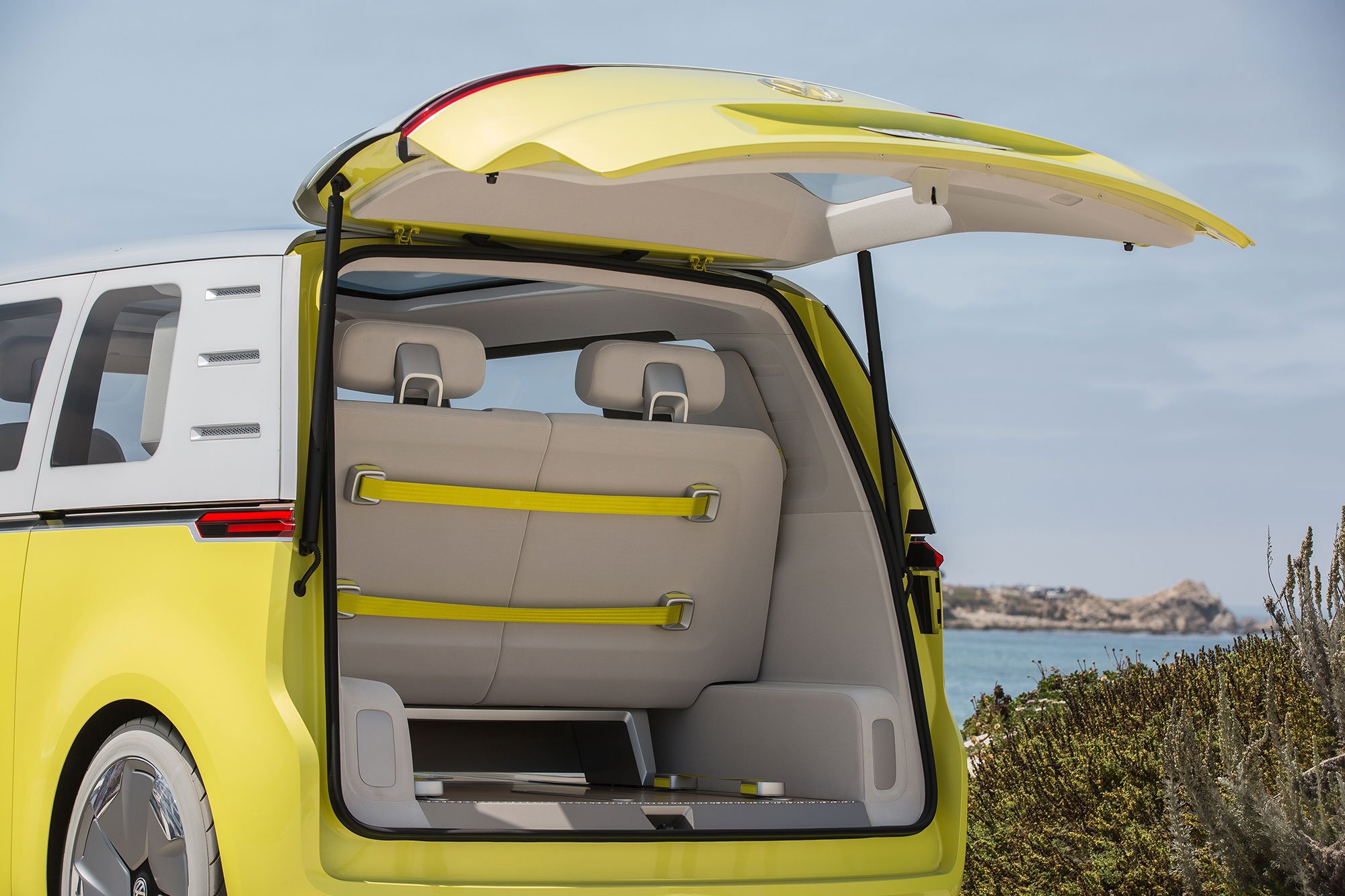 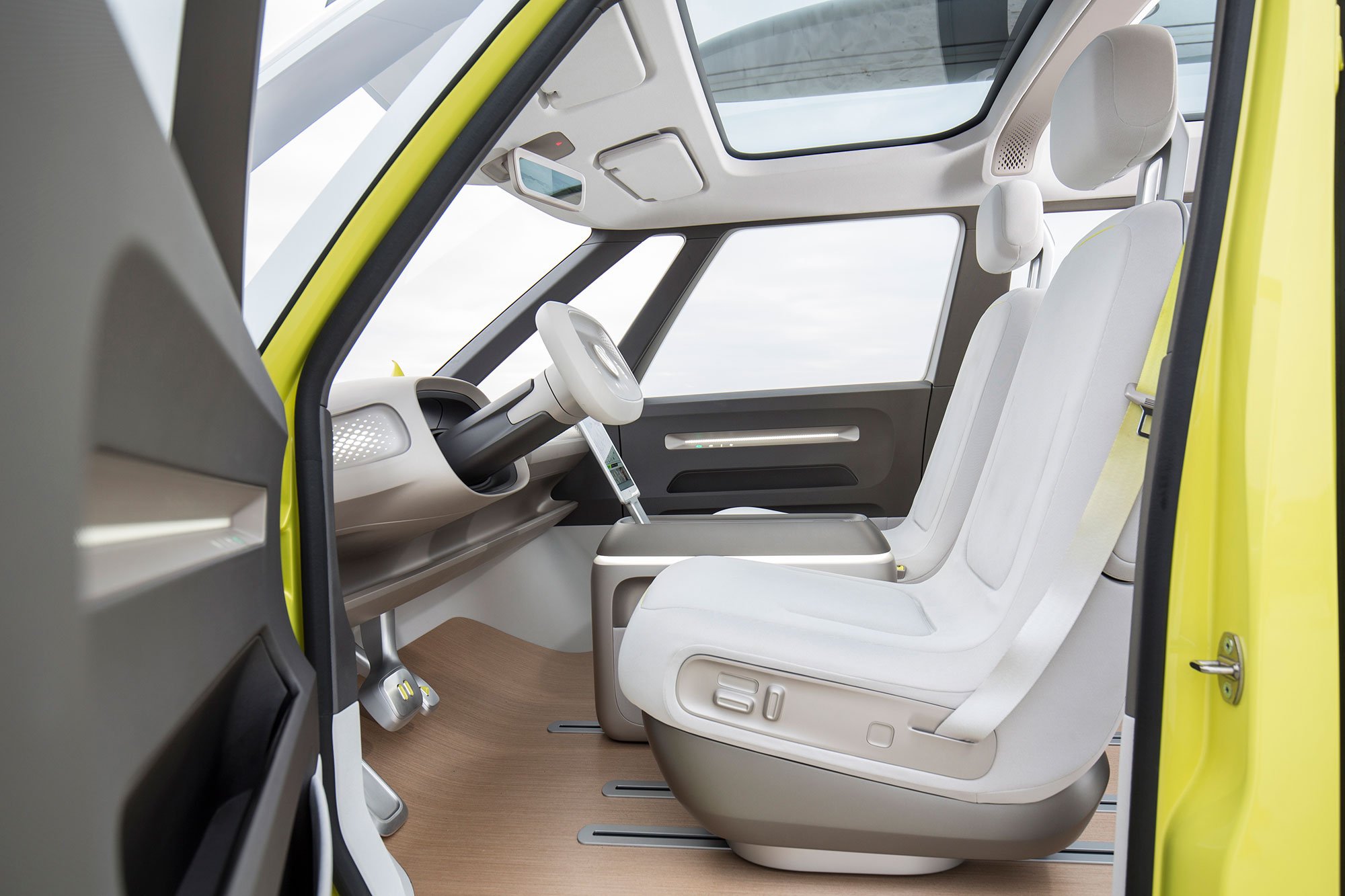