A 300-year-old traditional Chinese building transformed into a high-end hotel.

Nestled in the Yan village in Wuyuan County, Jiang Xi Province, China, this hotel celebrates local architecture and history with a tasteful design. The owners, a couple previously based in Shanghai, hired the anySCALE studio to renovate Wuyuan Skywells and transform the 300-year-old Huizhou-style property into a 21st-century, high-end hotel. The project’s team included architects Andreas Thomczyk, Mika Woll, and Amy Mathieson as well as designers Danxin Sun and Kevin Wang.

Challenging and complex, the renovation focused on preserving all recoverable artifacts while honoring the Qing era design. At the same time, the team had to recreate the grandeur of the old inn. Finally, they also wanted to incorporate any modern details in a thoughtful and balanced way. Thanks to the remote location, the structure had remained relatively intact all through the turbulent period of the 1937-1945 Japanese invasion. The building even served as a refuge for Chinese soldiers throughout that time. 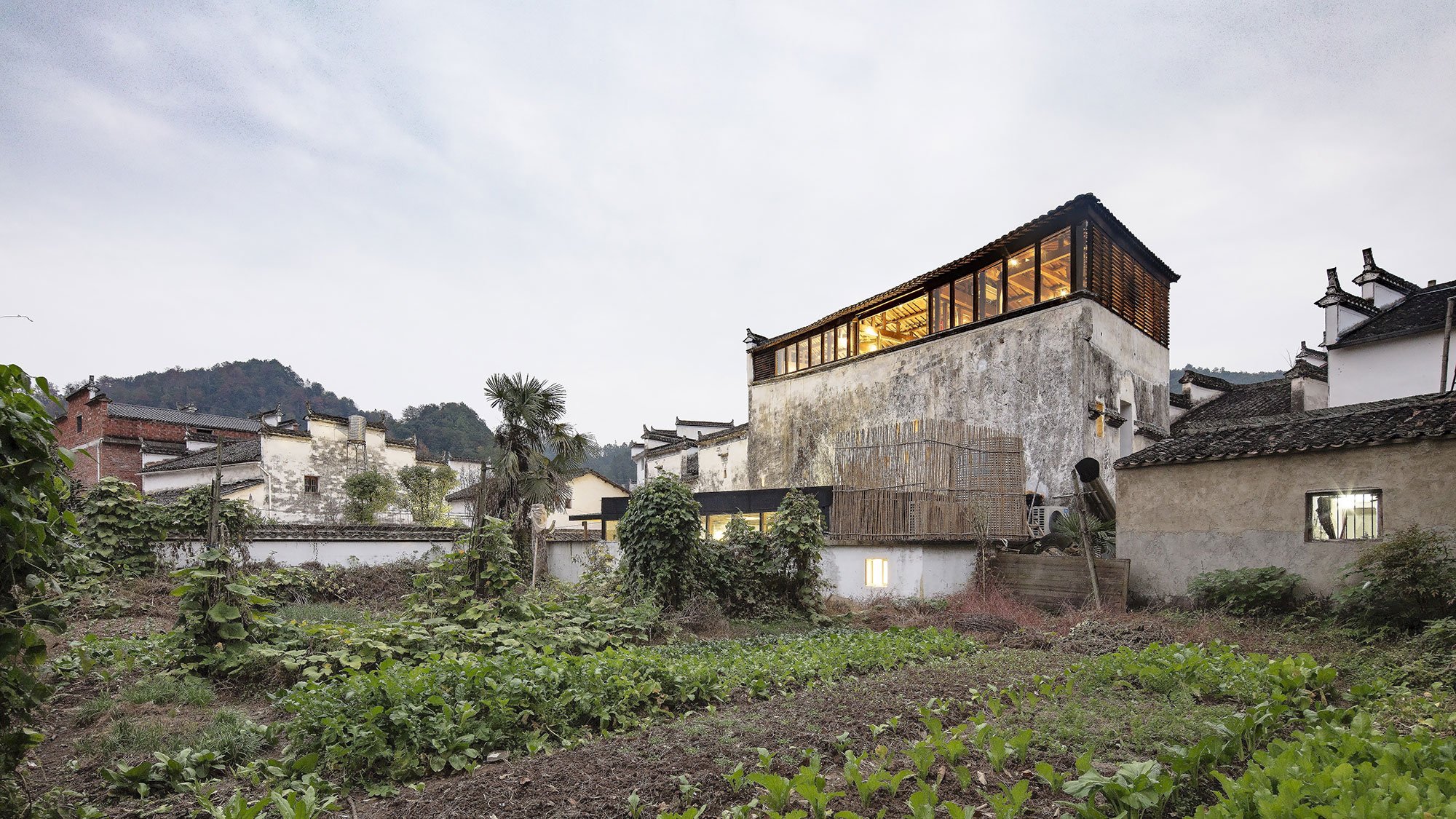 The hotel’s name references the English translation of “Tian Jing”, a regional architectural feature that uses narrow courtyards to bring natural light into interiors. While the original building has several skywells, many rooms and suites don’t have large windows. To enhance the lighting conditions while preserving the original architecture and character of the building, the team installed latticed wall panels facing the skywells. High-quality artificial lights enhance brightness further.

One of the centerpieces of the Wuyuan Skywells Hotel, the internal timber frame required extra attention. Since the ornate carvings in the public spaces featured damaged sections, the team hired a local artisan to restore them. The skilled craftsman repaired some of the old decorative carvings and replaced irrecoverable ones with traditional designs. New motifs that reference the clients’ background and story link the two eras of the building’s history. The restored brick and clay walls preserve local tradition while keeping the hotel’s temperature cooler during hot summer days. 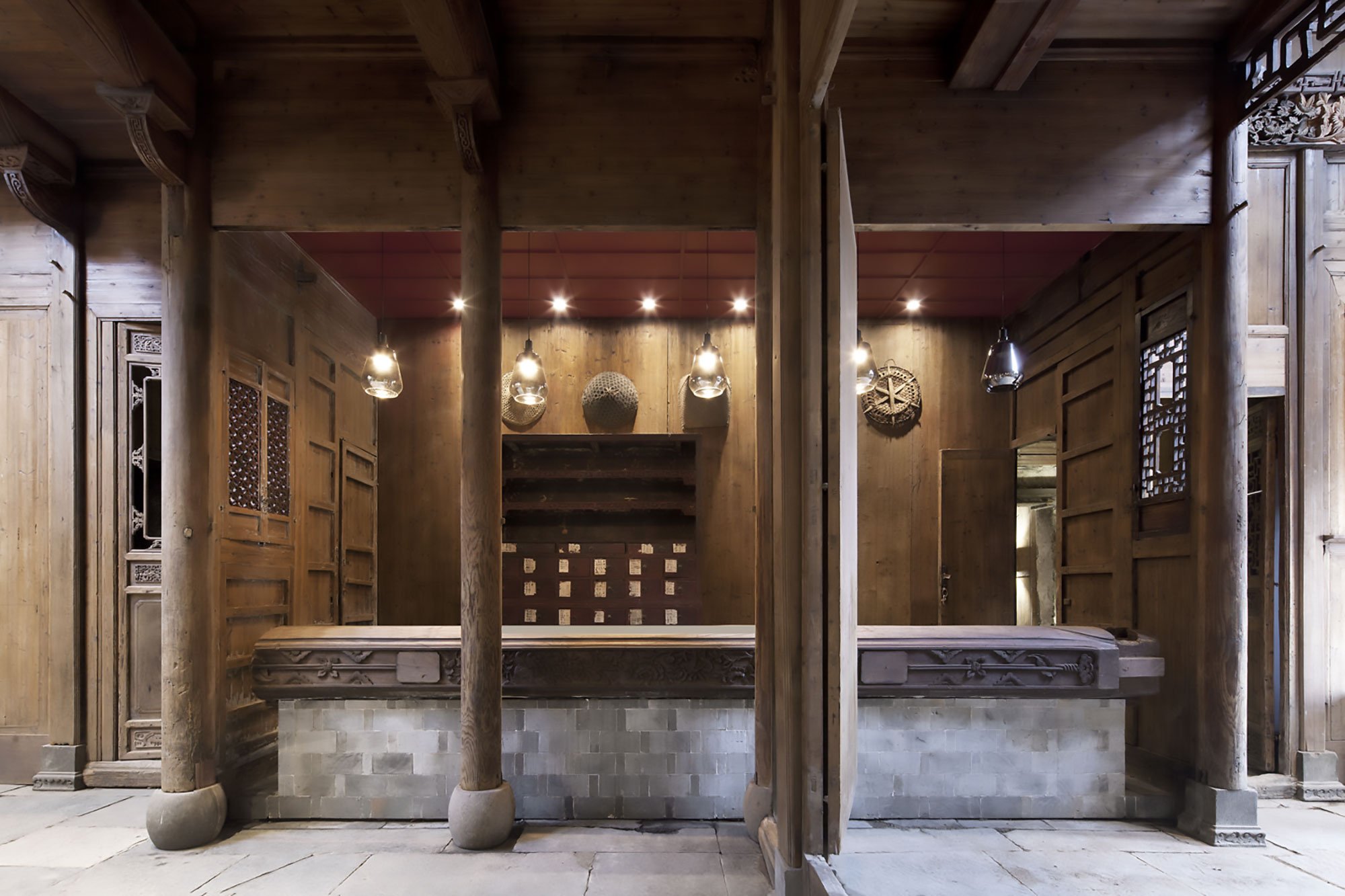 While the public areas feature original and traditional-style elements, the private rooms incorporate elegant contemporary details. Modern amenities and minimalist wooden furniture complement the hotel’s old character. The 14 suites feature a blend of neutral and warmer colors as well as the occasional bright accent. This stunning project has received widespread recognition in the design industry. Awards include the Red Dot Design Award 2018 as well as an Iconic Award, ABB LEAF Award, and INSIDE award. Photographs© Marc Goodwin and Xia Zhi. 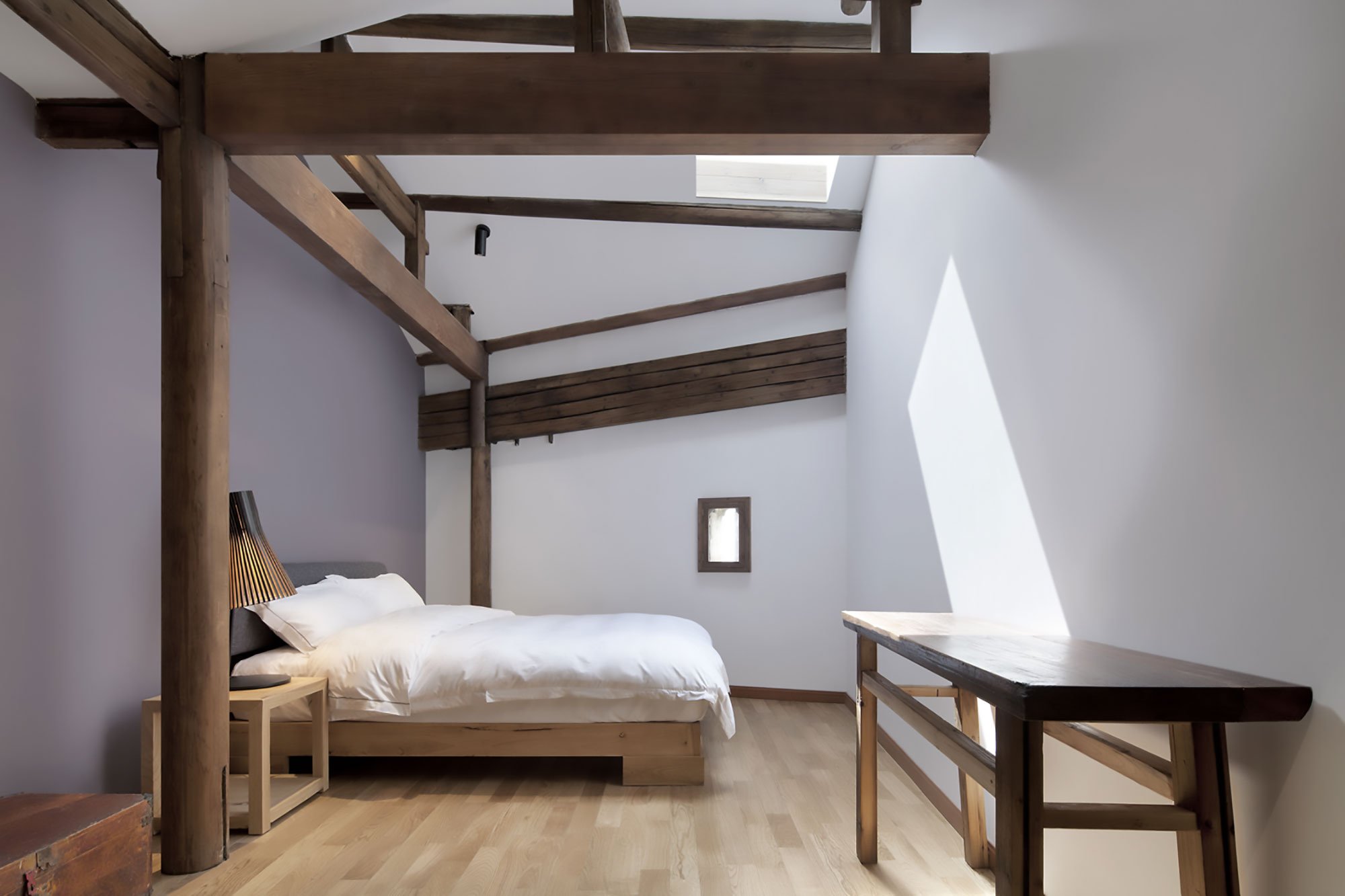 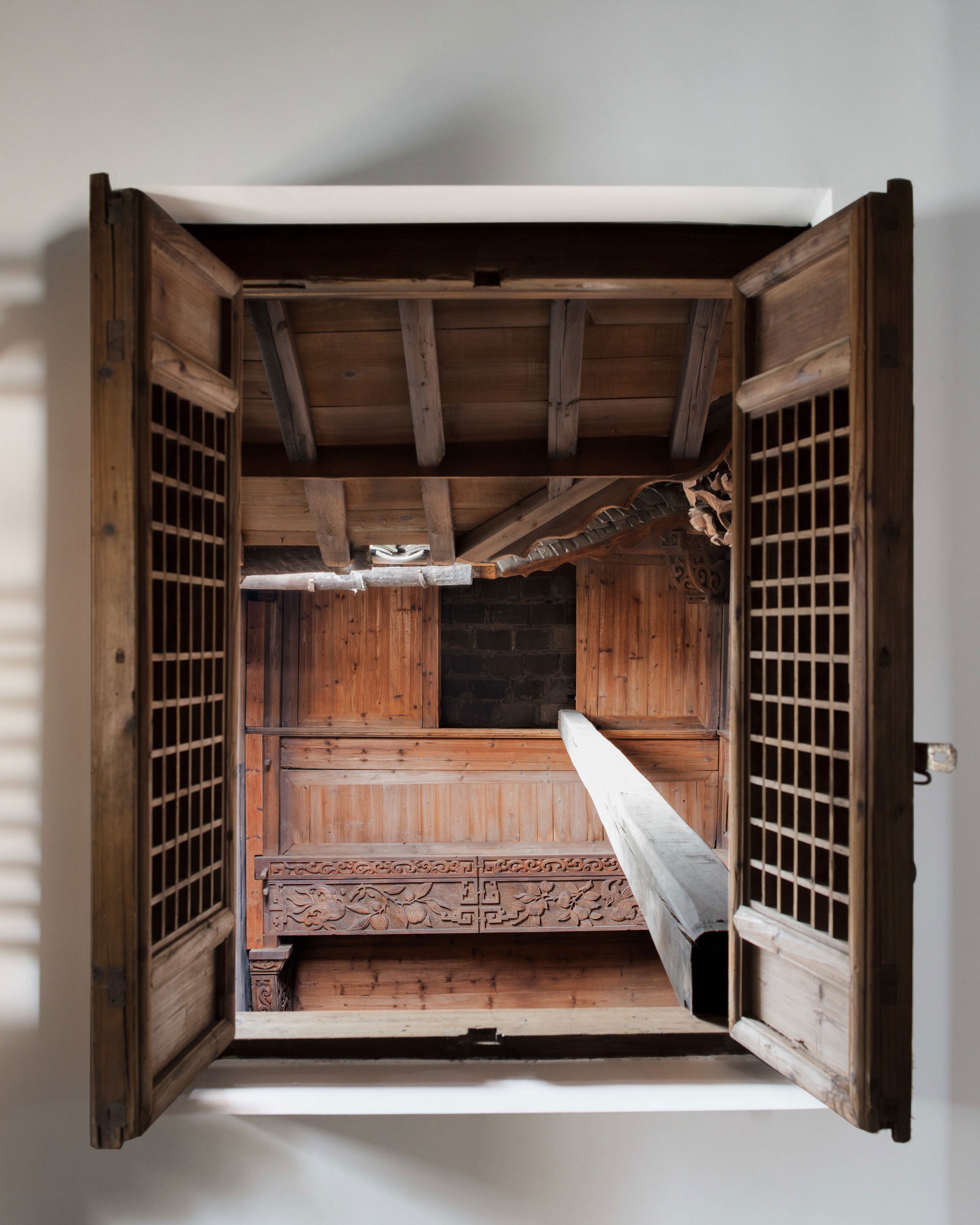 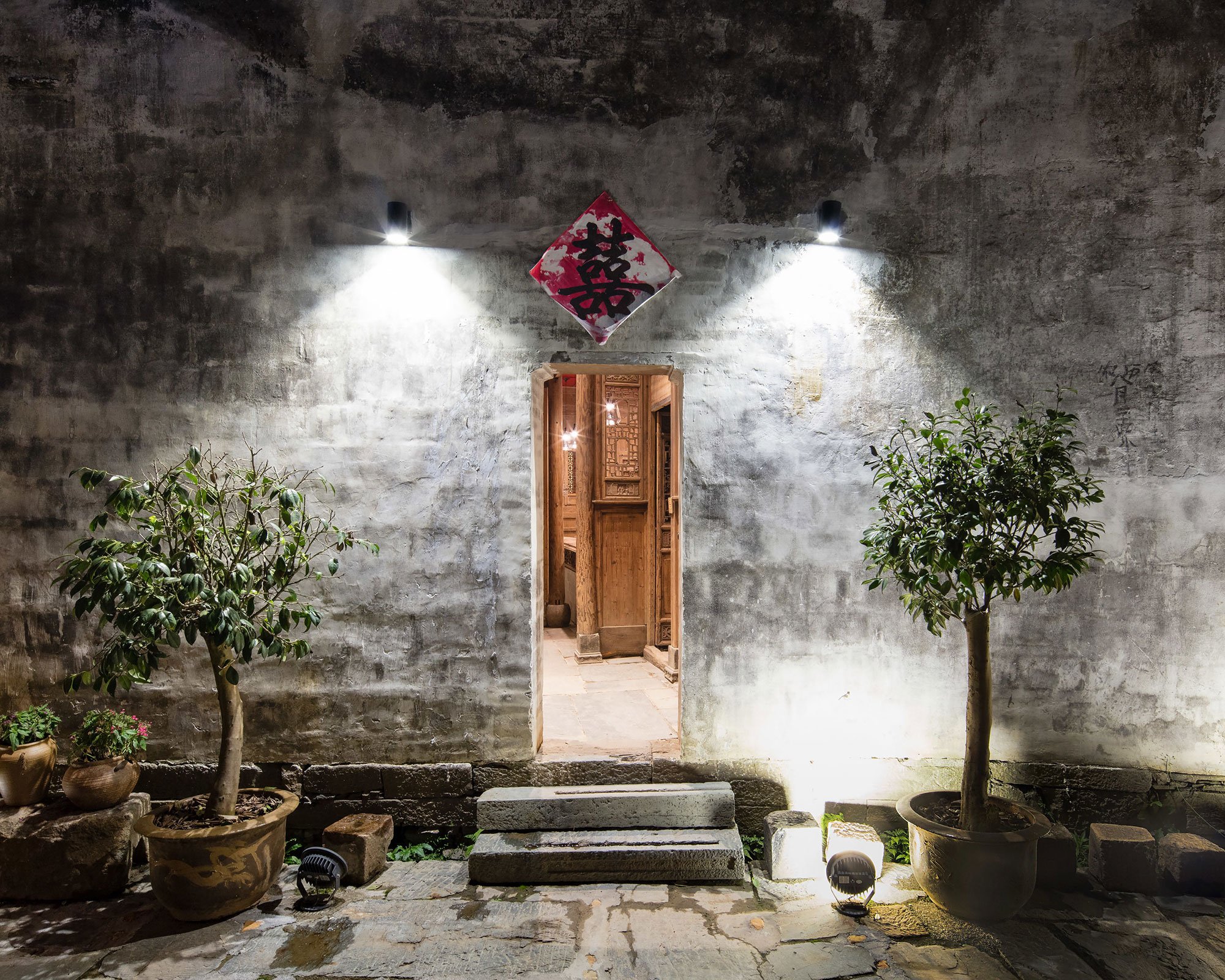 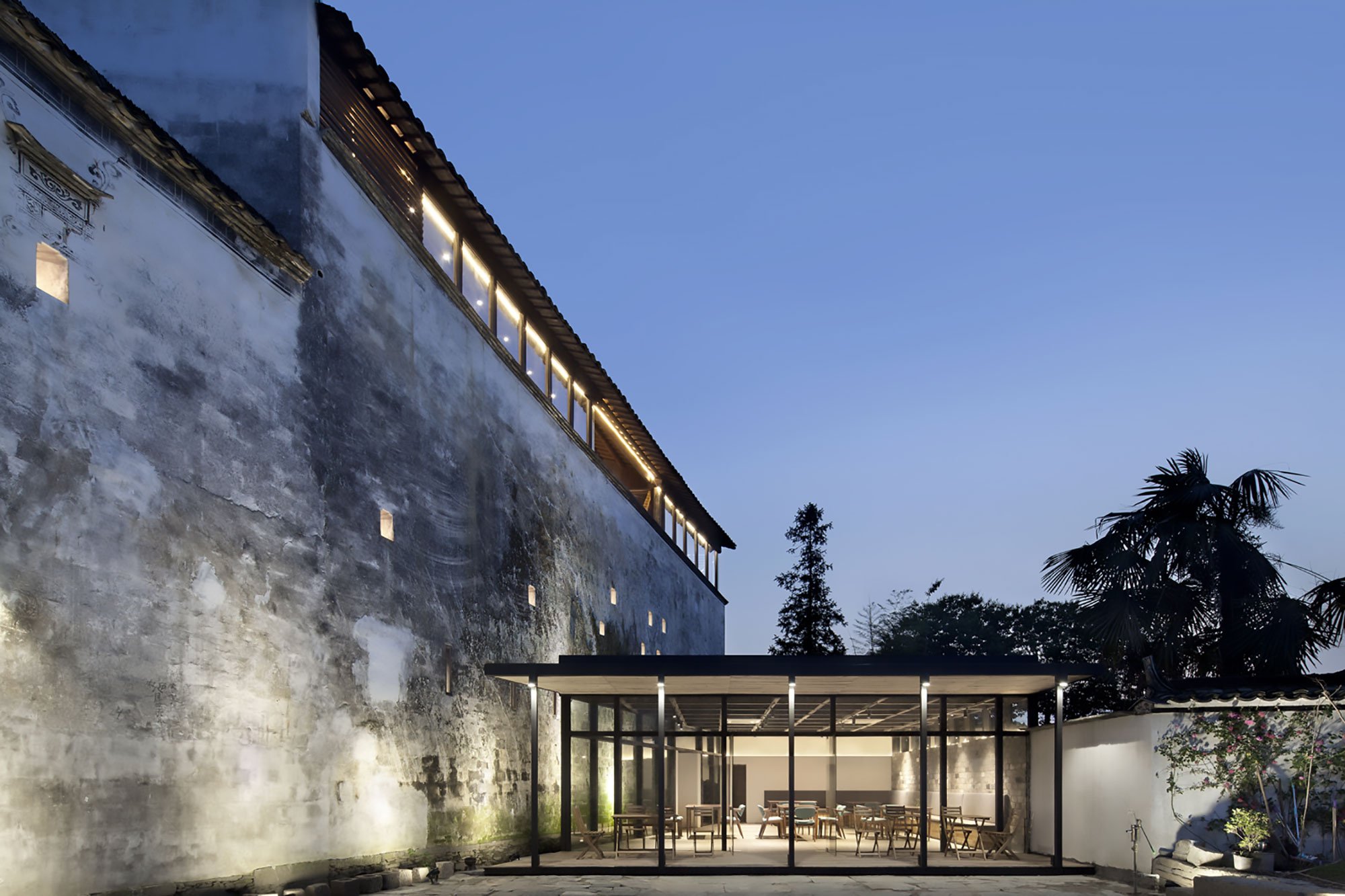