Celebrating the art of watchmaking with a modern design.

When Bólido founders Simon Husslein and Pierre Nobs introduced the Bólido watch in 2017, the design drew attention with its modern aesthetic and complete dedication to both traditional craftsmanship and the ‘Swiss-made’ movement. Launched through Kickstarter, the timepiece became a resounding success. The campaign, the company’s first, surpassed the set goal in 16 hours. Now, the Swiss brand has raised the bar even higher. The new Bólido Black Edition watch celebrates the art of watchmaking with a distinctive design: a window on the dial, providing a direct view of the complex, beautifully sculpted movement. Unlike other timepieces that allow a glimpse at the interior, the Black Edition has an undeniable modern design. It looks contemporary, original, and cool. The epitome of the brand’s “micro-architectural design” concept. 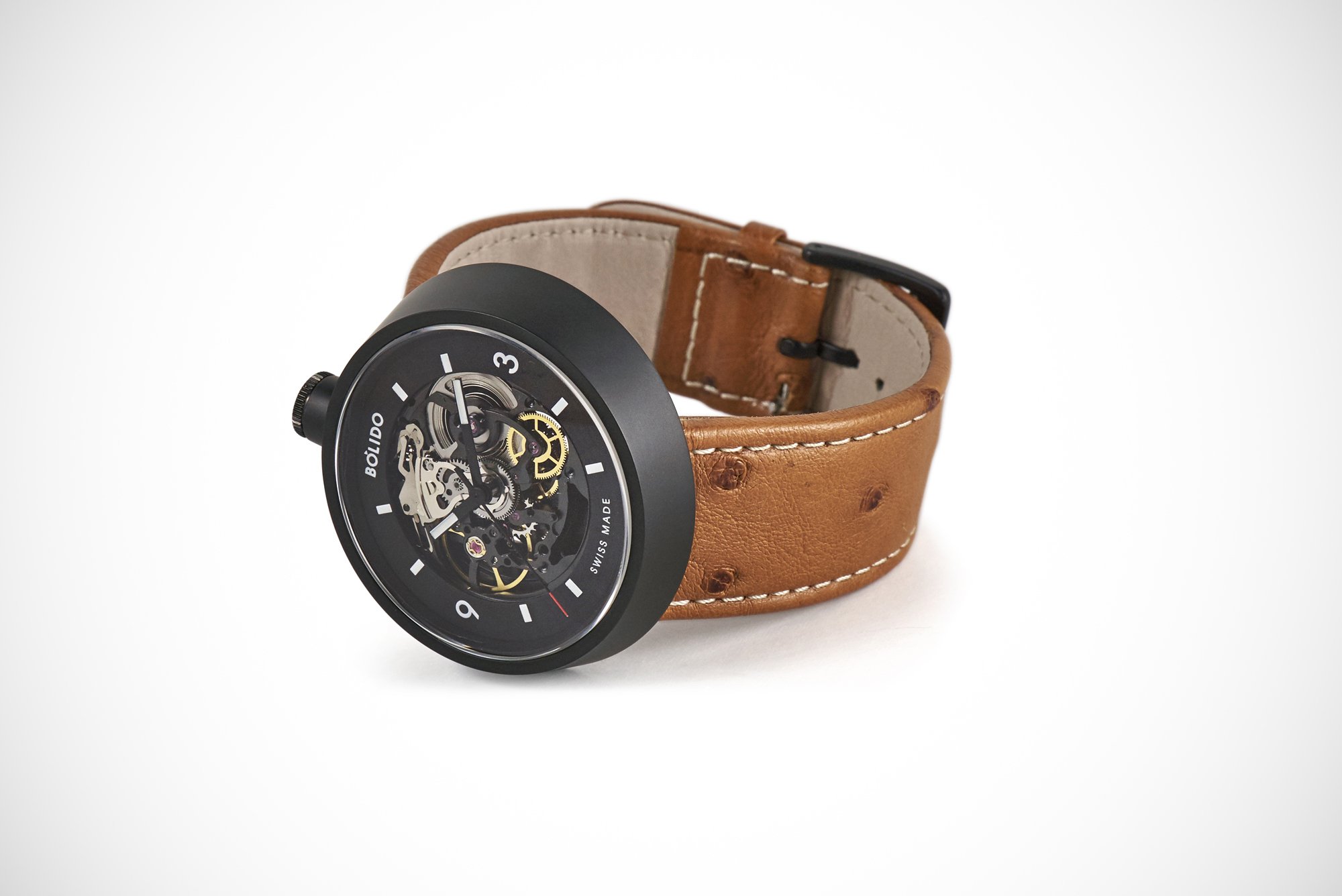 A work of art, the watch also features the award-winning Bólido tilted case, which has received the prestigious Red Dot Design Award 2018. The monocoque construction eliminates the need for a case at the back and makes the watch resistant to pressures of up to 10 bar, or 330 feet water depth. The surgical-grade steel case is corrosion-resistant and comes with a black PVD coating and a scratch-resistant curved sapphire crystal. Apart from the tilted silhouette, the case also stands out thanks to the 12 o’clock crown. SuperLuminova hands help the user to see the time even in low lighting conditions. The automatic Swiss movement withstands centrifugal forces as well as shocks. It has a 44-hour power reserve and offers consistent accuracy thanks to the 5 position regulation. Ostrich leather straps in Camel brown and Onyx Black complete the design. 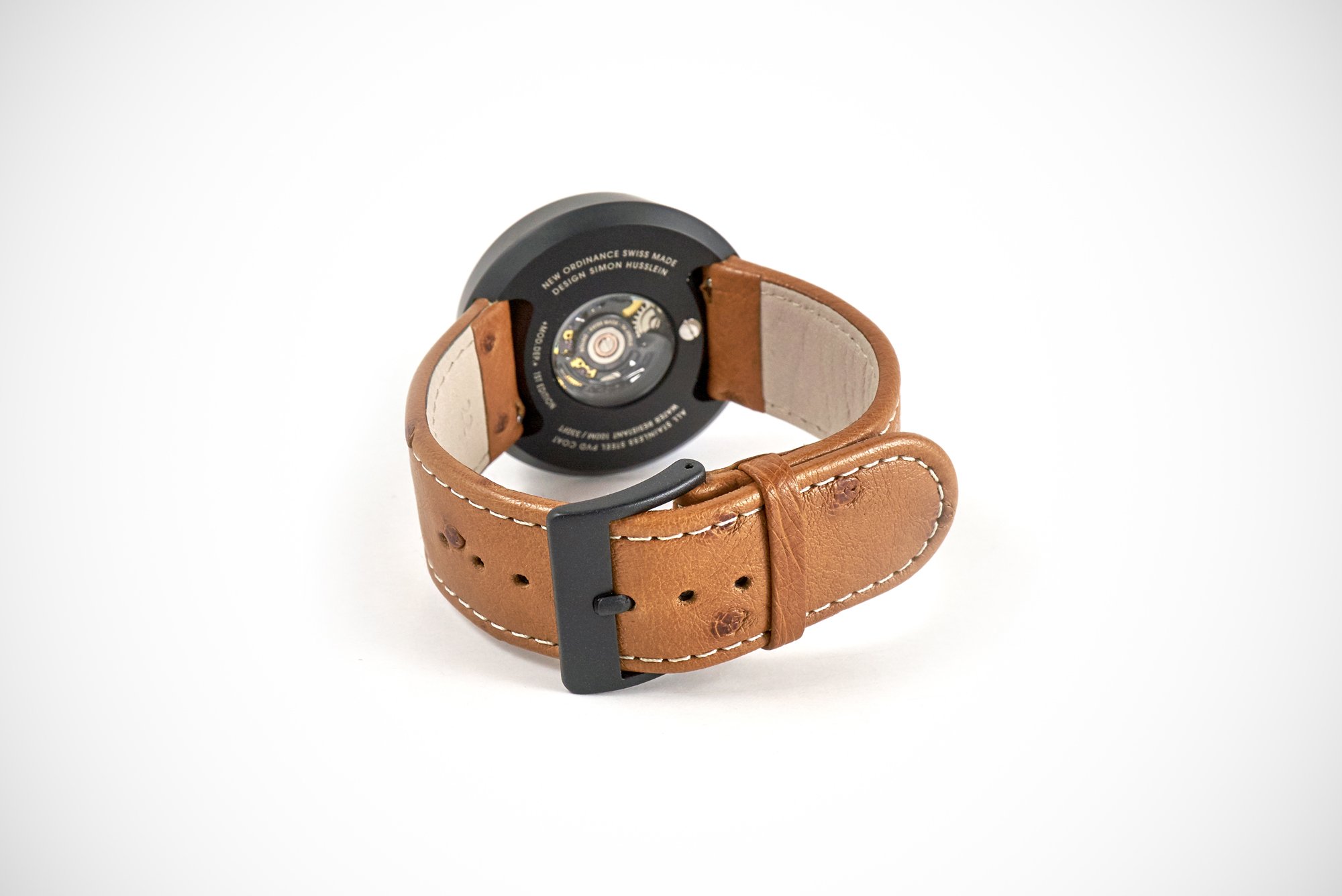 For those who prefer more subtle timepieces, the company also launched the Bólido Pure and Bólido Halo models. The former has a black dial, while the latter boasts a vibrant yellow circle. The brand has launched the Bólido Black Edition on Kickstarter and the campaign has already surpassed the initial goal, with plenty of time to spare. You can become a backer until June 30, 2018 and save up to 43% from the future retail price. Photographs© Bólido. 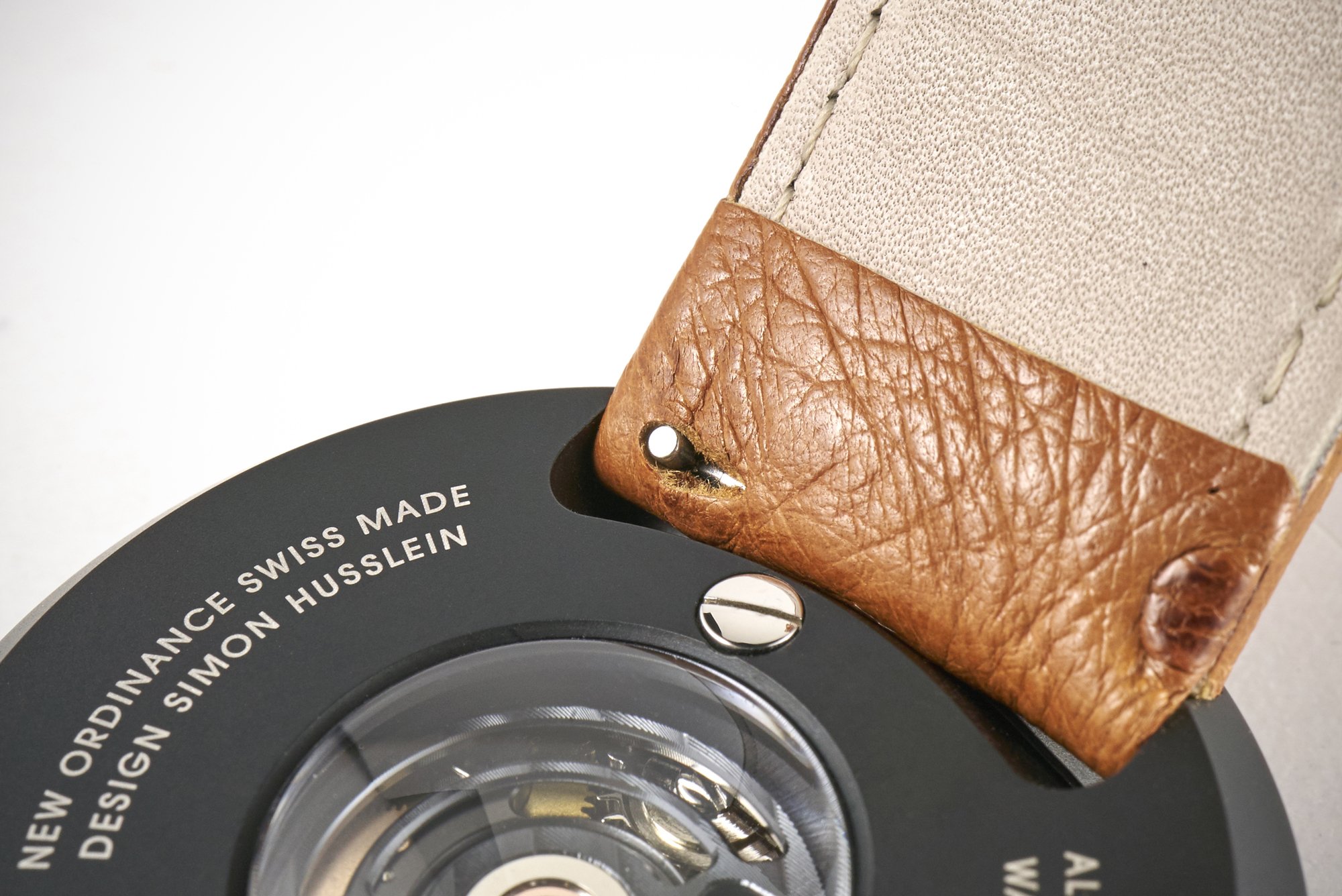