Don’t get fooled by Kyrö Distillery’s exquisitely minimalist thick glass bottles. Inside, worlds of intense flavors are captured, extravagant in their wild, pure forest flavors. Kyrö Distillery creates spirits that are unusually bright on the palate, transporting tastebuds to lush pine forests and sparkling cool creeks. These are the flavors of Finnish nature: its herbs, its botanicals, its rye. 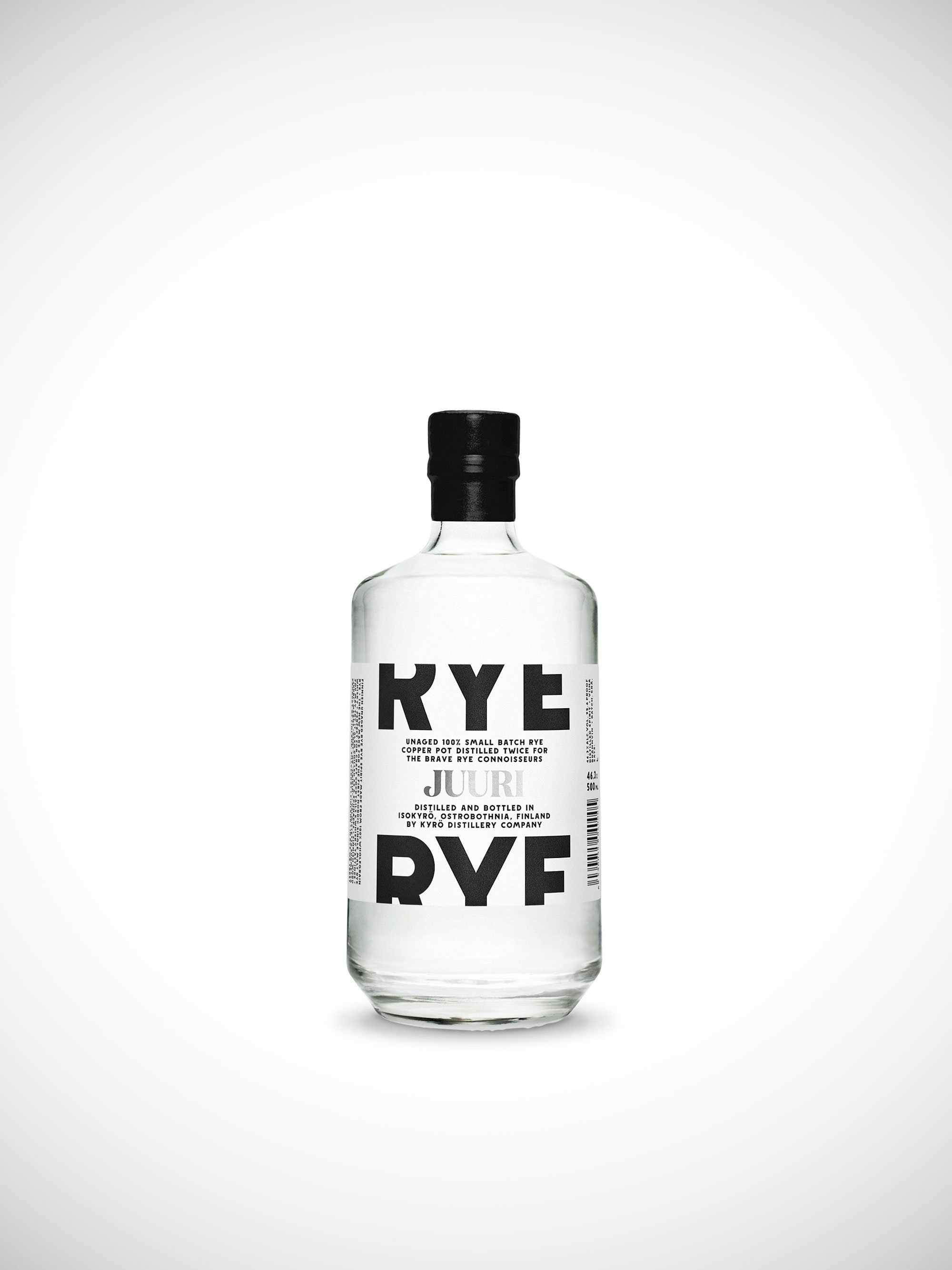 The idea for Kyrö Distillery was conceived by five friends in the greatest incubator of bright (and maybe more not-so bright) Nordic ideas: the Finnish sauna. As they sat naked sipping on foreign whiskey, they pondered: how could a rye-obsessed country like Finland not have its own rye whiskey?
Since those sweaty beginnings in 2012, the Kyrö Distillery has continued to tell a curious story, becoming authors of some of the most interesting spirits released in recent years, and putting Finland on the map as a world class spirit producer. 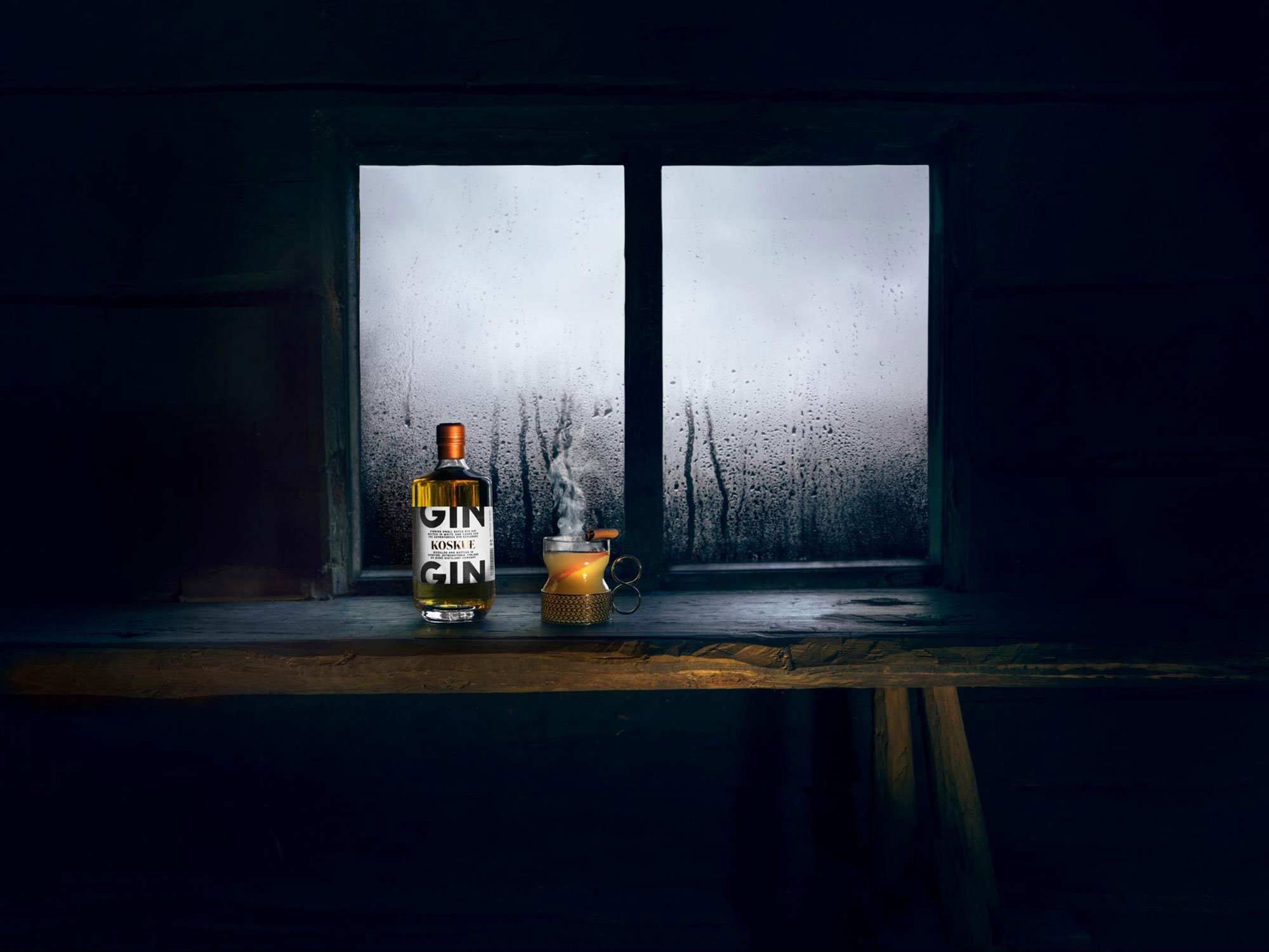 Although the whiskey needed time before it could greet the world, the brand quickly became known for its spruced up booze with distinctive notes of wild botanicals foraged from right outside the distillery. Served over ice with fresh cranberries and a sprig of fresh rosemary, its gin Napue was voted as “The World’s Best Gin for Gin & Tonic” by the International Wine & Spirit Competition (IWSC) in 2015, and in 2016 Napue won the gold medal in the San Francisco World Spirit Competition premium gin-series. 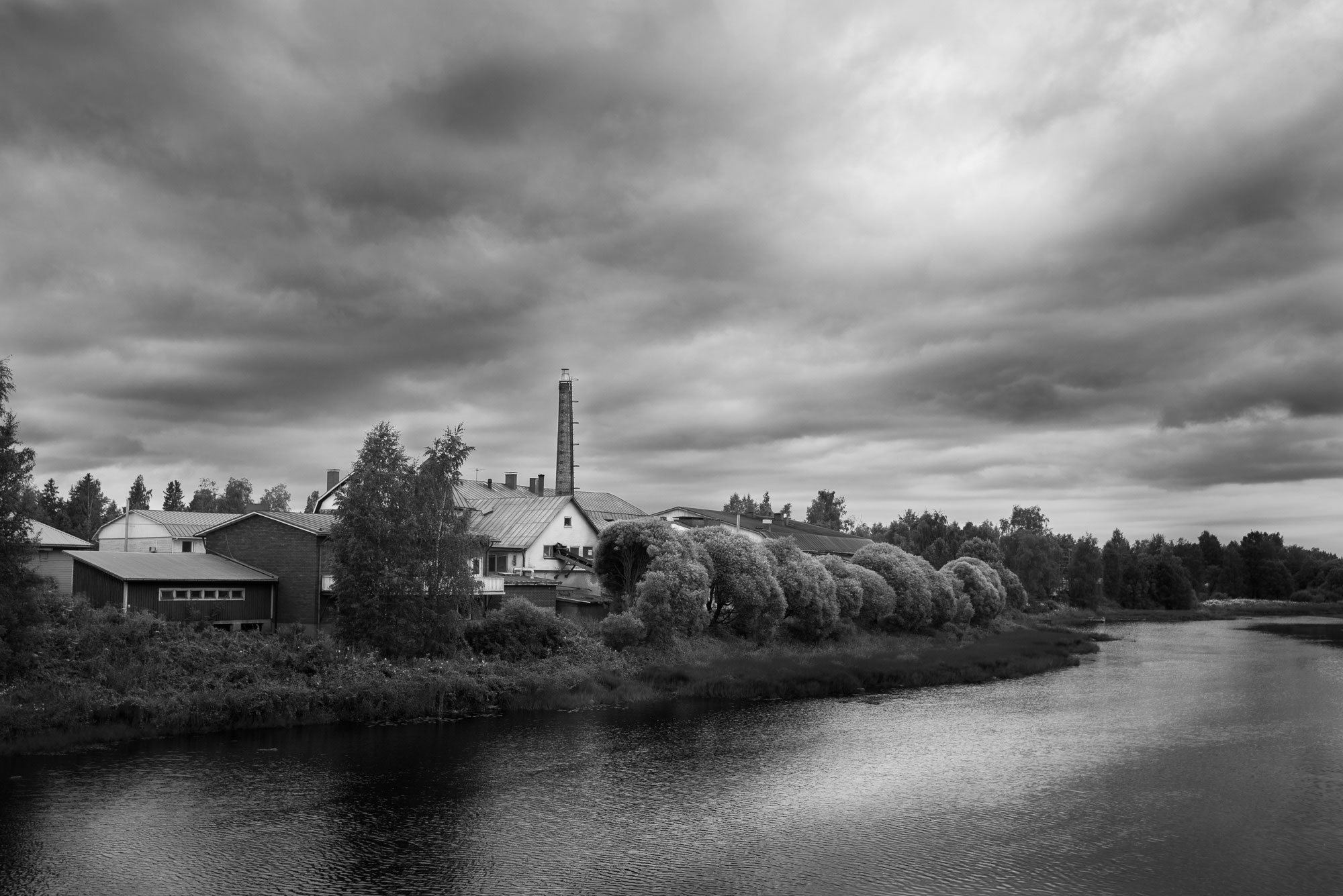 Their oaky, honey-coloured aged gin Koskue was created by accident in 2014 when during a shortage of regular containers, the gin was placed in an old barrel instead. Their rye whiskey was launched in 2017, and in 2018, the Pale Rye Bitter and Dark Rye Bitter were launched as part of the Kyrö Academy – music was created especially for the bitters, designed to elevate the tasting experience even further. 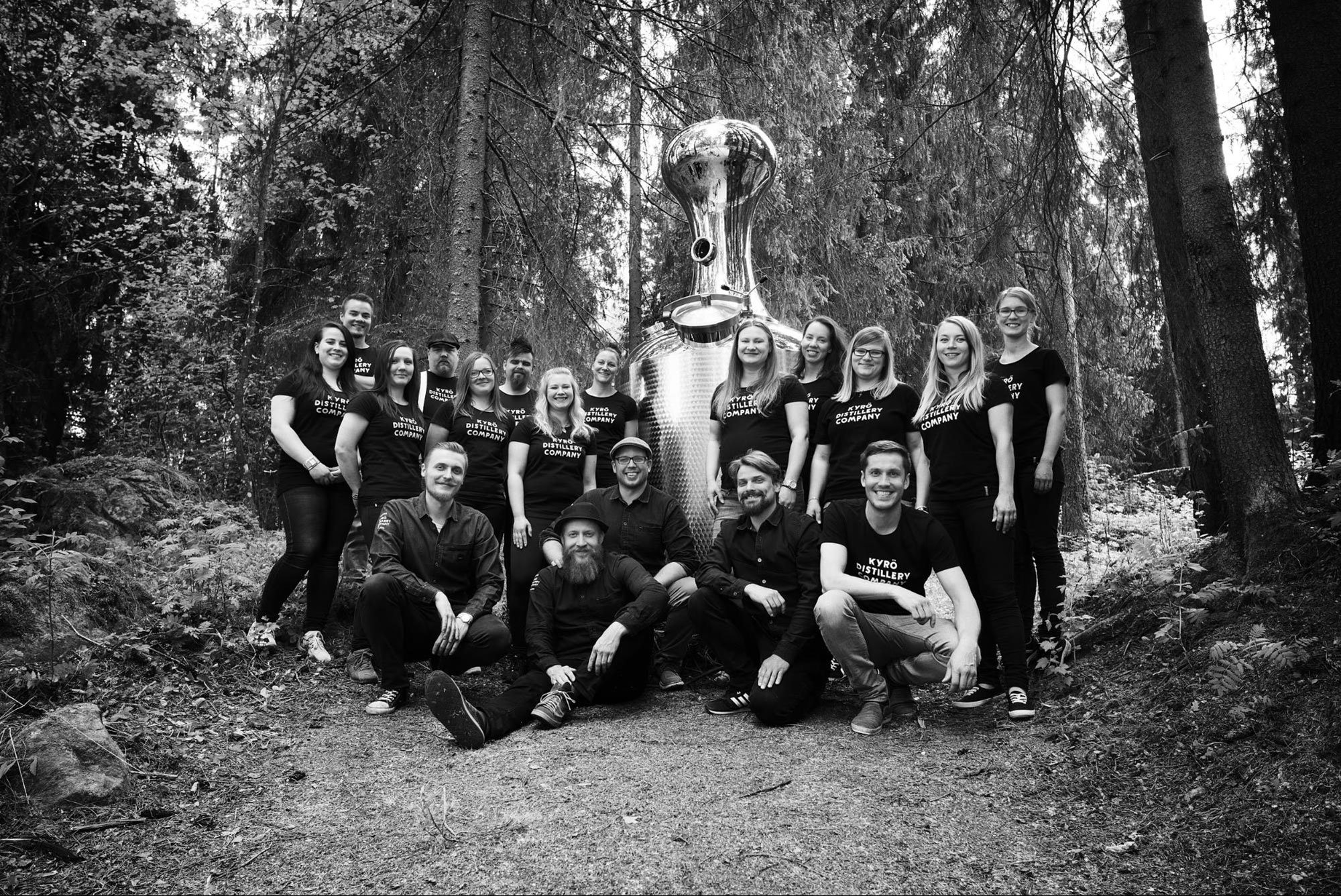 The distillery itself is housed in an old dairy in the rural village of Isokyrö in Western Finland. Built in 1908, the dairy turned distillery is also the birthplace of Finland’s most famous cheese Oltermanni. Right next to the distillery sits a heavy memorial stone – a historical landmark of the Battle of Napue in 1714 where more than half of the male population was slaughtered. This history is alive at the distillery: the founders retell stories of local history and its ill-fated war to visitors, and make these a part of their own story too. Their spirits not only taste of Isokyrö’s nature, but also revoke its past: for example, the font used on the labels is a custom typeface called “Napue Sans”, designed from old Napue battle memorial monument engravings. 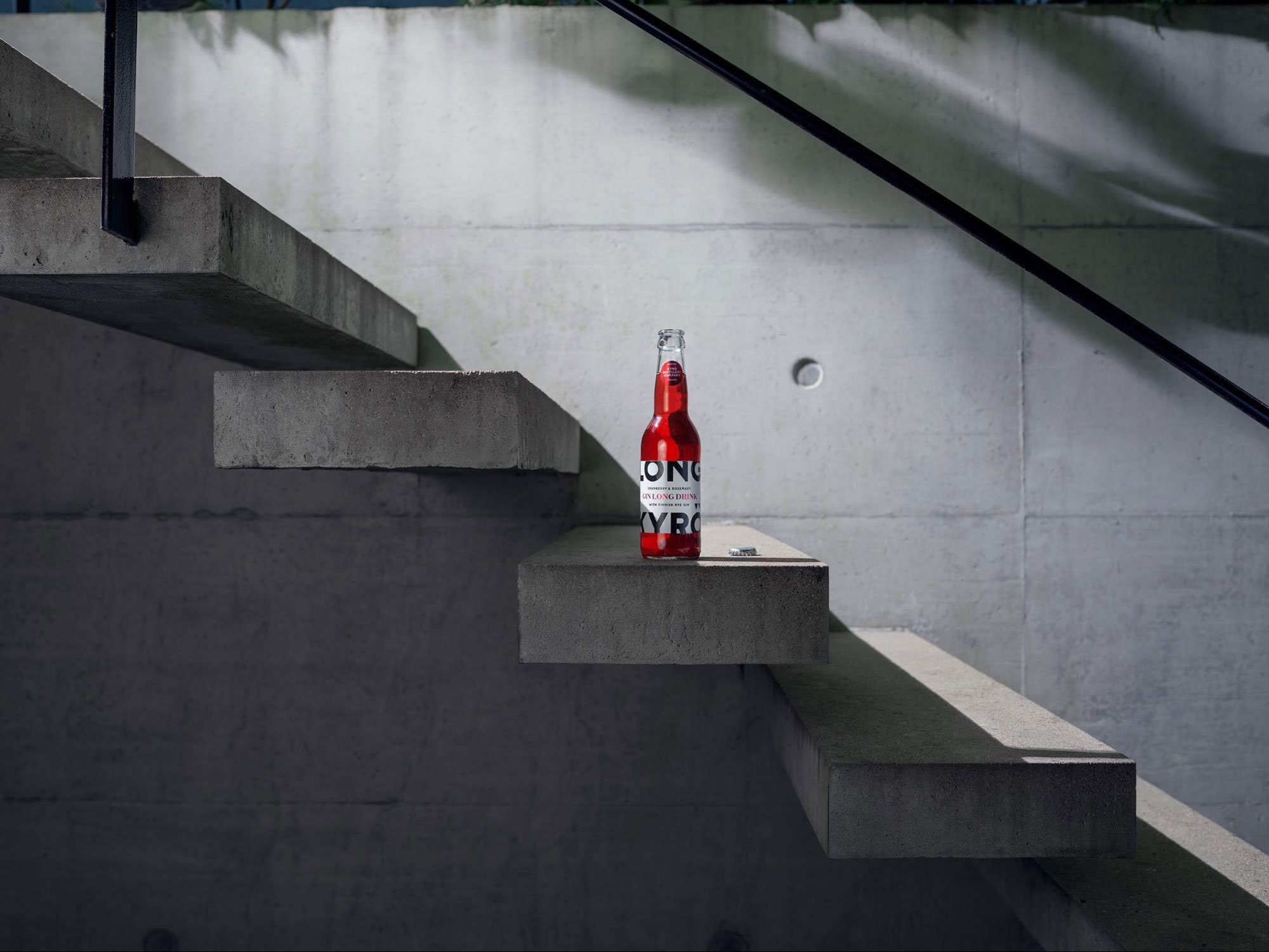 Apart from respecting the history of their surroundings, the spirit of collaboration and curiosity is at the heart of the distillery – working with everything from Finnish chocolatier Goodio for a G&T-inspired chocolate bar, to a collaboration with artist Klas Eriksson to create the smoke installation Forza Rosa Fluff at a local bridge in 2015, this is a brand that’ll try their hand at anything. Speaking of hands, they even decided to launch their own hand cream after noticing that all their bartenders carried their own – of course the end product, made in collaboration with udder cream producer Tummeli, has probiotic rye in it. Their upcoming whisky warehouse is designed by Avanto Architects, using planks from a local barn – it’s set to become the biggest rye barn in the world, with a capacity of holding one million liters of whisky.

There’s no telling what the distillery will do next, but we can be sure they’ll continue to create exceptional spirits in beautiful bottles, with flavors so pure they speak loud and clear for themselves – in Finnish, naturally.