A bike that defies convention.

Even at a glance, the aptly named The Progress bike looks unlike any other bicycle. Created by Amsterdam-based designer Paul Timmer, the bike features several creative details that make it one-of-a-kind. Among them, the unconventional bicycle frame design draws attention. The rear wheel features only two attachments instead of four, with one horizontal and one diagonal tube connecting it to the frame. Unsurprisingly, the bicycle looks distinct and asymmetrical. At the same time, this creative decision complicated the rest of the design.

A 15mm thru axle which one would usually find on mountain bikes – on their front wheels – provides support to the rear wheel and fixes it securely. Attached to the disc mount on the hub, the cog transforms the bicycle into a fixed-gear ride. As a result, the front and back wheel are completely identical, which marks The Progress as unique in the whole world. “It attracts quite a bit of attention on the Amsterdam streets. It looks weird and unstable, but it rides like a charm,” explains Paul Trimmer. “The steel bike as we know it, is classic and beautiful, and kind of fully developed. I thought it was fun to try and design a completely different one: asymmetrical, cool-looking, but just as firm,” he adds. 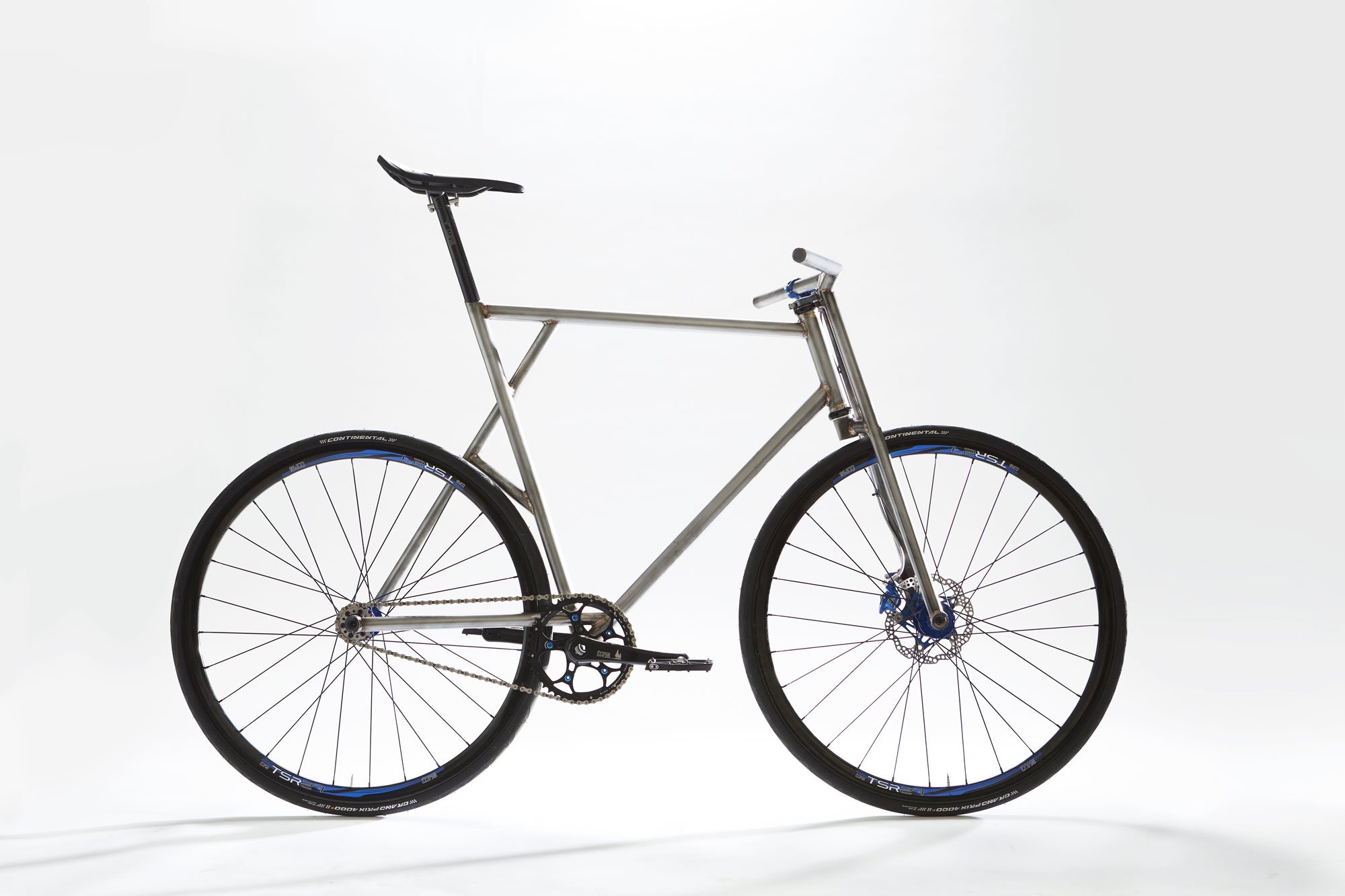 Another notable feature of the bicycle frame design includes the front fork’s tubes that run from the axle to the handles, alongside the head tube. This detail connects the Progress bike to the designer’s wooden bicycle that graced the interiors of both the Design Museum in London and the Design Museum Gent in Belgium. The Progress bicycle also comes with TUNE wheels and crankset, HOPE disc brake, and CRANKBROTHERS pedals. Thanks to the clear coat, the bike maintains its industrial, rugged, and handcrafted feel intact. The Progress is available now through a pre-order system. Photographs© Paul Timmer. 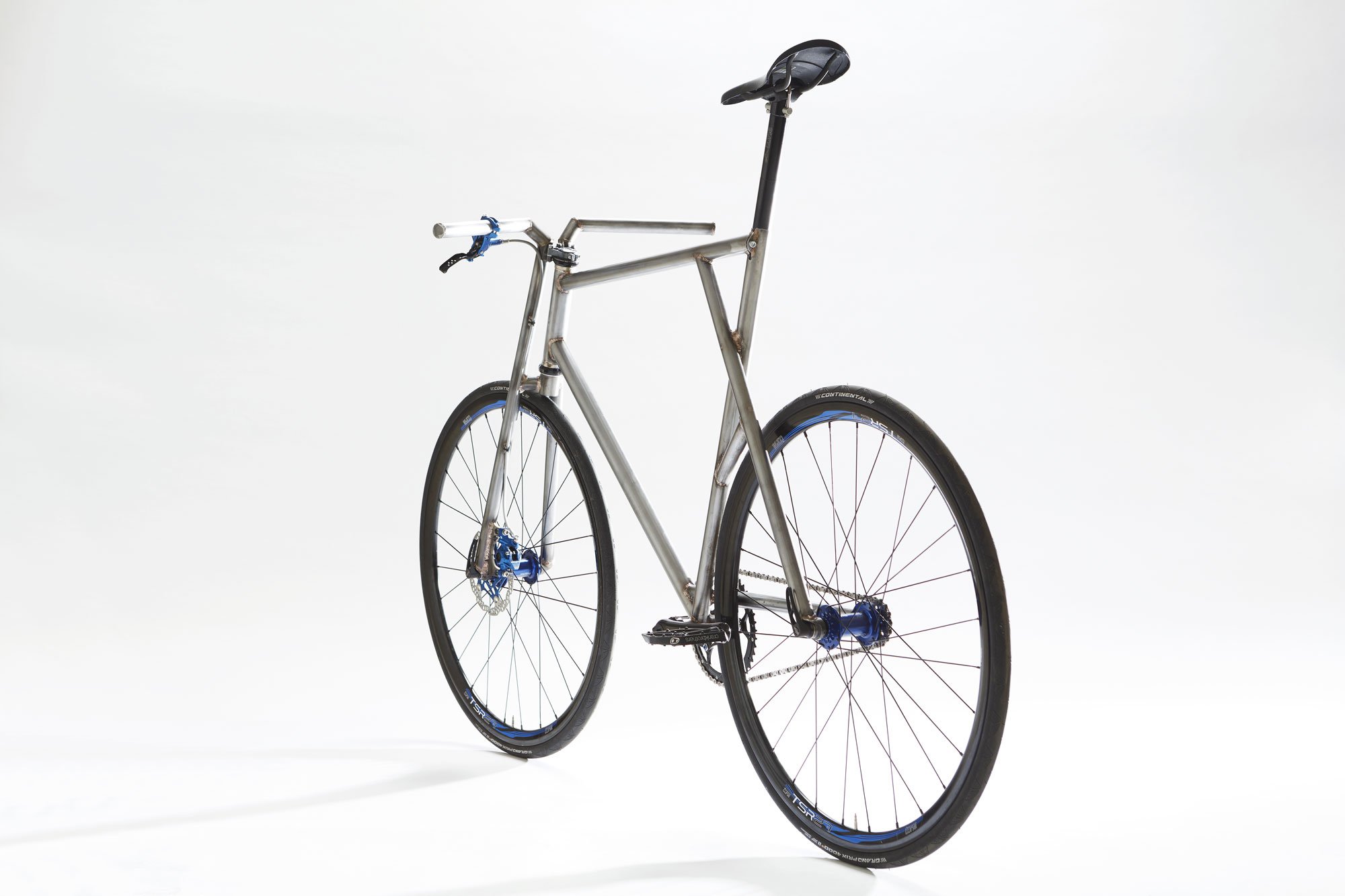 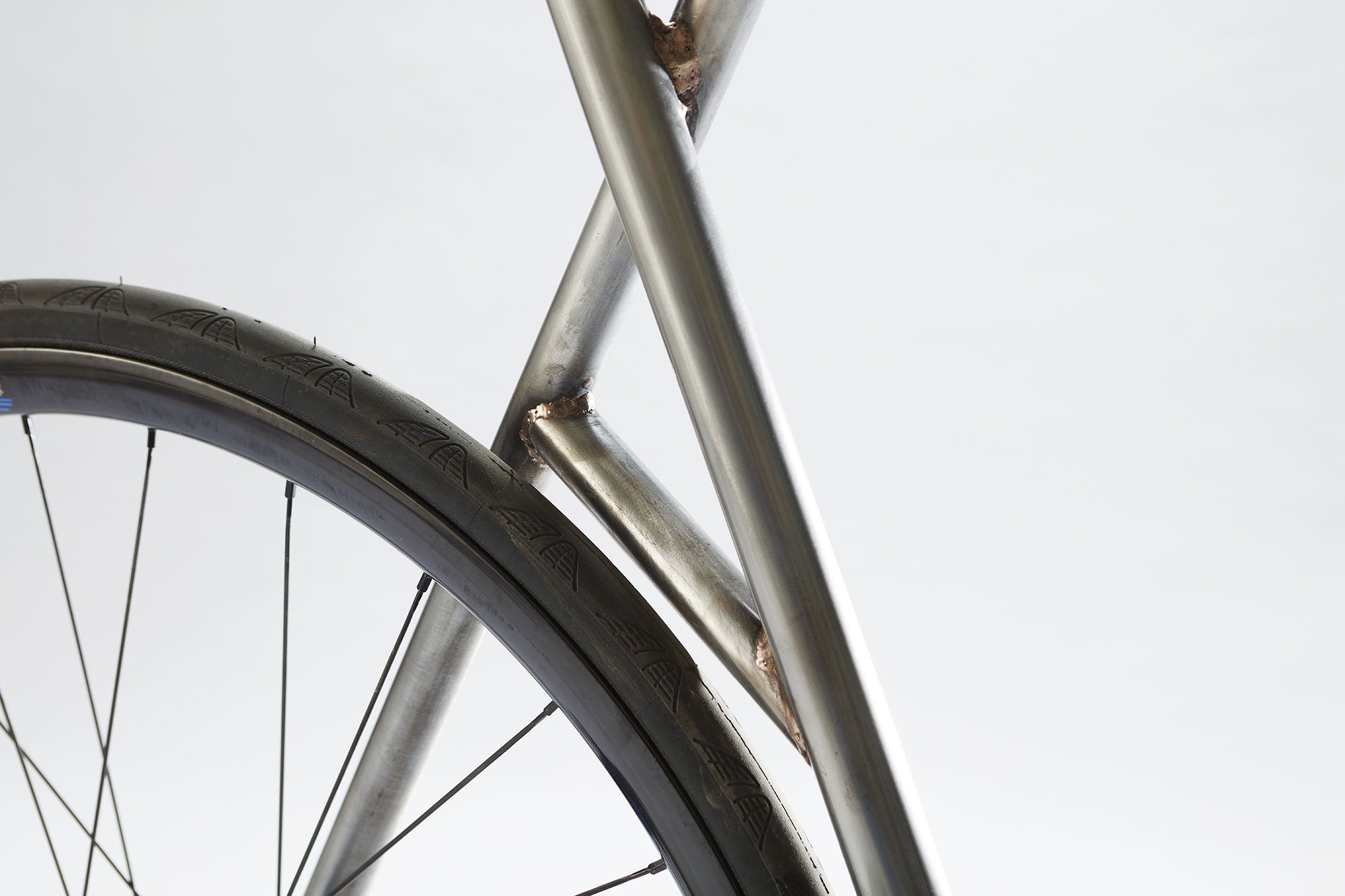 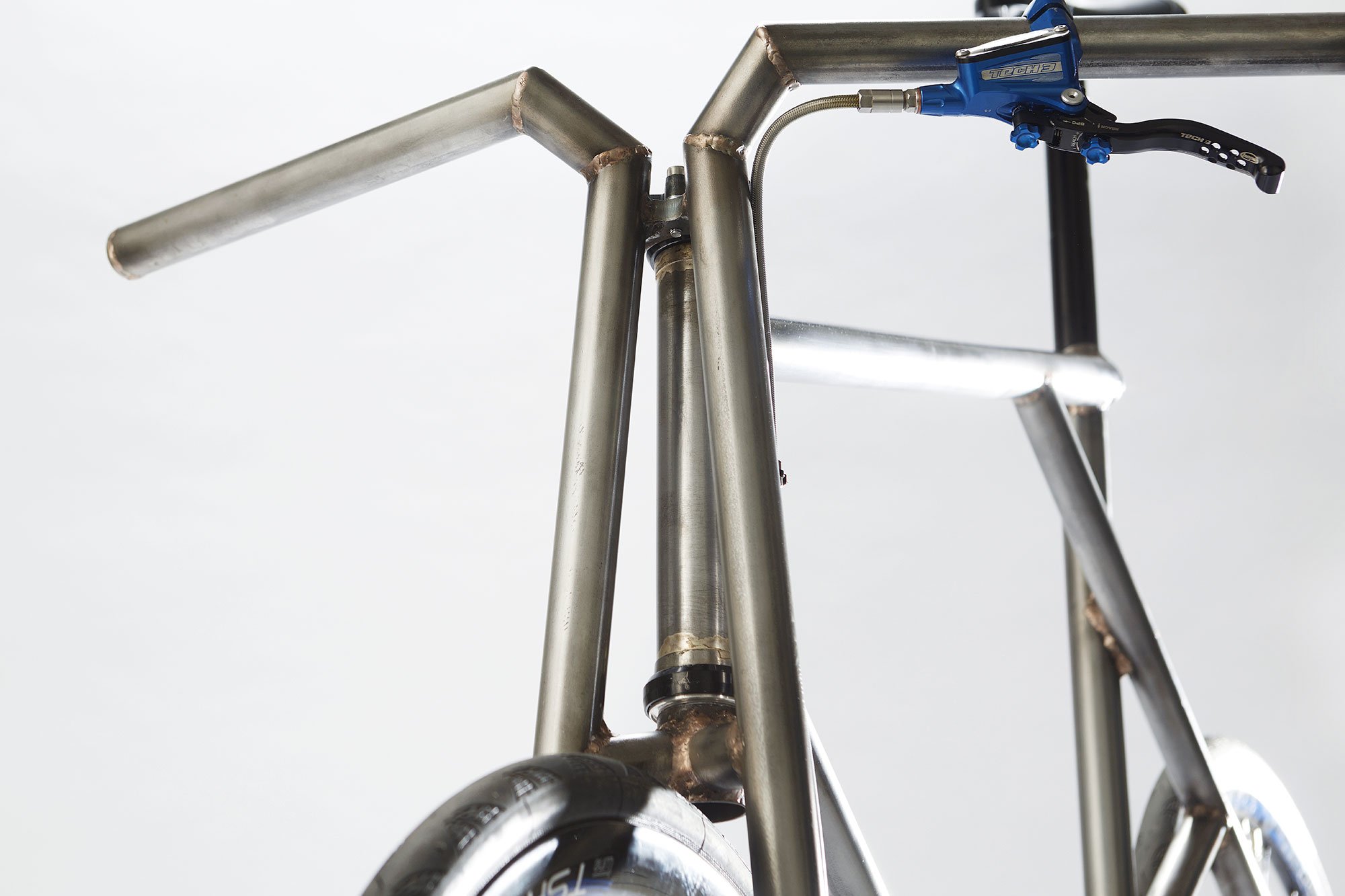 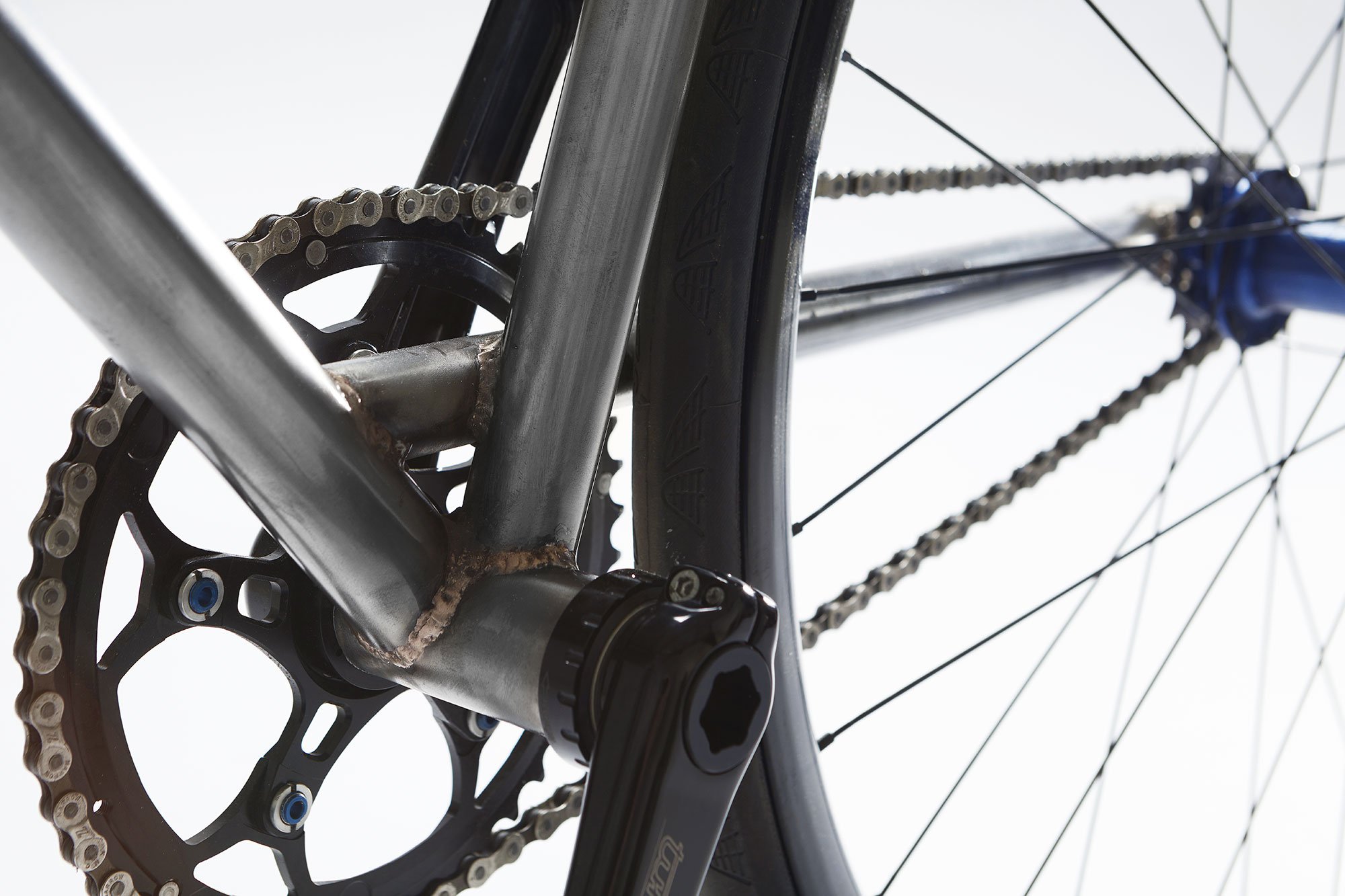